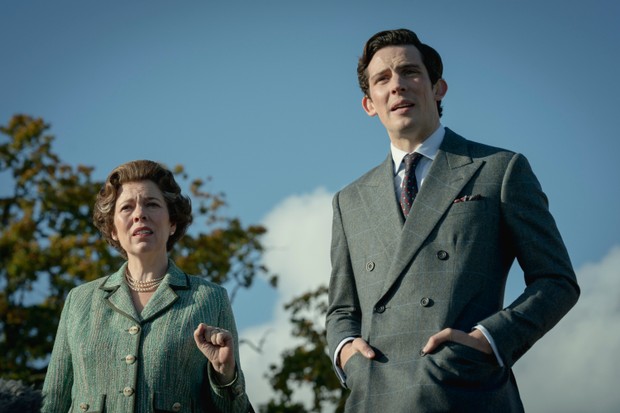 The Crown (Season 4) tells us that new Australian Prime Minister Bob Hawke wants out of the British Commonwealth. Yet, in 1983, he couldn’t compete against rock star Princess Diana. If only he could wait 37 more years and show his countrymen The Crown 4, maybe he would get his wish. None of the Royal Family comes off well, not even Princess Di. But, writers of The Crown 4 save a particular vitriol for Margaret Thatcher, somewhat surprising as most rank her in the top five of 20th Century Prime Ministers. As long as one remembers this is soap opera rather than historical fact, the 10-part Netflix series remains intriguing drama.

Still, the lush sets, the lavish costumes, and the imagined conversations are darn near impossible to resist. Who doesn’t like some good gossip, especially if associated with a few facts? Every day, I read an article or two about the errors in The Crown 4. Harry and Meghan now have a $145 million deal with Netflix for content. That deal is said to be driving a larger wedge between Buckingham Palace and the cast-off couple. How dare they consort with the enemy? Regardless, The Crown 4 is great TV if not great history. I give Season 4 4.0 Gavels and it receives a 96% Rotten Tomatoes rating with an 8.84/10 IMDb score.

1n 1979, Charles resists his “duty to find a sweet and innocent wife who knows the rules and will follow the rules.” After all, he has Camilla, sort of. In a time of high unemployment and interest rates, Margaret Thatcher sweeps into office. Royal snobbery makes her visit to Balmoral and the Queen an unmitigated disaster. To the contrary, Diana’s visit is an unqualified success. The Queen will spend an inordinate amount of her time dealing with these two over the next 11.5 years.

Olivia Colman (The Favourite) and Gillian Anderson (The Crimson Petal and The White) face off as Queen Elizabeth and Margaret Thatcher. While I think Anderson is too plastic as Thatcher, nevertheless, their weekly meetings fascinate. I doubt that Princess Di herself wore clothes any better than her actor, Emma Corrin. Of all the great performances, I think none top that of Helena Bonham Carter in Episode 7. She is fabulous!

Did you know that The Queen’s bedchamber was broken into, not once, but twice? Or, that the Falklands War started because of a few rogue scrap metal workers? What would you do if you fiance left you for six weeks prior to the wedding without so much as a phone call?

The Financial Times writes “the sheer audaciousness of the script continues to thrill: how could anyone know what the Queen and Princess Anne talked about, seated on a picnic blanket in the middle of nowhere?” Similarly, Vox adds “I don’t know how much literal truth there is in the story The Crown is telling about the royals… But the season’s insights into our emotions and familial volatility, and its ways of articulating it in such reflective ways, need no added research.”

Although not my favorite season, The Crown remains a favorite show.