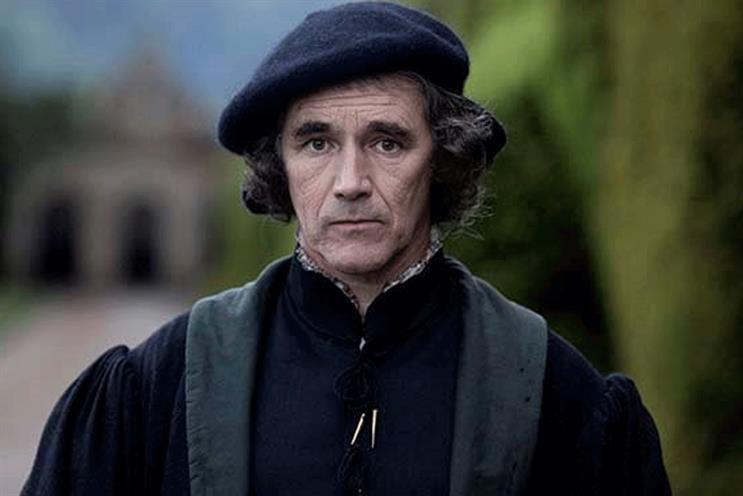 After The Spanish Princess, the lure of Wolf Hall is strong. Said to be a more favorable depiction of Thomas Cromwell than in A Man for All Seasons, just who is this son of a blacksmith who rose to be the right hand man of Henry VIII? Henry said” I keep you because you are a serpent.” Thomas More quipped “put Thomas Cromwell in a dungeon and by evening he’ll be sitting on cushions and the jailers owing him money.” And this is supposed to be a more favorable depiction of the man.

With a 98% Rotten Tomatoes rating and a 8.1/10 IMDb score, you will find few shows better than Wolf Hall. This is palace intrigue at its finest. Threats and insults are the coin of the realm. Anne Boleyn is no shrinking violet. “Are her teeth good?” “When she sinks them into me, I’ll let you know.” Beloved as Queen Elizabeth in The Crown, Claire Foy is anything but as newly crowned Queen Anne. She wants revenge on those who delayed her ascension to the throne. Cardinal Wolsey is one who got in her way. Will Cromwell be able to avoid her wrath? I give Wolf Hall 4.5 Gavels and heartily recommend it.

After 20 years of marriage to Katherine of Aragon, Henry VIII still has no male heir. Cardinal Wolsey unsuccessfully petitions the Pope for an annulment. Removed as Chancellor and now in disfavor, few besides Thomas Cromwell protect Wolsey. Henry recognizes loyalty and slowly accepts Cromwell into his inner circle. Cromwell’s belief that the religious order is corrupt fits in nicely with Henry’s aim to be the Supreme Head of the Church of England. It is up to Cromwell to convince Parliament. Annulment and a new Queen will soon follow. Will Anne be able to provide a male heir? And, what if she doesn’t?

So good in Bridge of Spies and The Trial of the Chicago 7, Mark Rylance (Thomas Cromwell) just has the look a lawyer in the 1530’s. Equally fine in Band of Brothers and Homeland, Damian Lewis defines the narcissistic Henry VIII. Now, add Jonathon Pryce (The Two Popes) as Cardinal Wolsey and you won’t find a better cast. As Billy Crystal might say, “just mahvelous. “

Wolf Hall ends with Cromwell appalled and Henry elated with the death of Anne Boleyn. Since both have so much more work to do, this six-part Masterpiece series available through Amazon Prime begs for a season two. A script is written but can such a cast be put together again? “She won’t go quietly, I have to push her,” says Cromwell of Anne. “I need guilty men, so I found men, though not necessarily as charged.” The scheming and deviousness goes on and on.

“PBS’ Wolf Hall boasts its own seductive strength, courtesy of a 16th-century powerbroker who would be at ease in ‘House of Cards‘ and the dashing English king he serves,” publishes the Associated Press. And Time Magazine concludes “Mark Rylance is spectacular as Cromwell, bringing subtlety and melancholy to a man who was more of a bulldog in real life, but conveying the terrifying efficiency of his mind all the same.”

Cromwell proclaims “I represent the King’s interest.” And, so much so that the King is his only friend. So what happens when the King turns on him? Stay tuned.