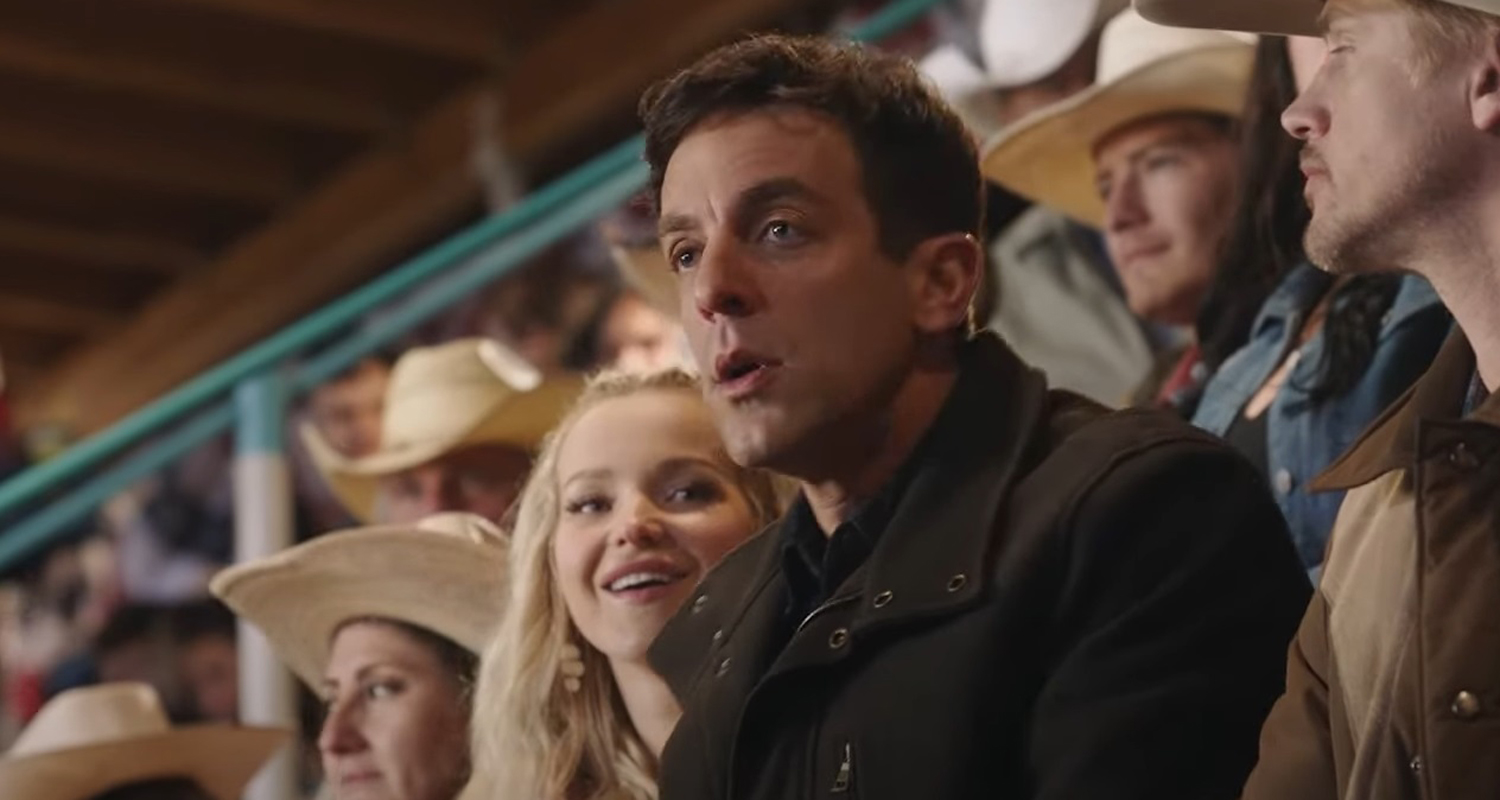 Simplistically, Vengeance is a NYC podcaster investigating a murder in West Texas. 100%. Labeled as a dark comedy, Only Murders in the Building it is not. 100%. In my mind, the film tries to do too much. The AV Club critic writes “among some of the movie’s heady notions the movie attempts to assay are the idea and consequences of people living in their own highly individualized spaces; the question of whether any truth can be embedded in pure intuition; and the empty distractions of collapsing civilization, in which culture is relegated to increasingly meaningless fragmentary morsels.” Imagine putting that into a movie trailer. 100%. Why do I keep inserting 100%? The characters continue to use it, much to the viewers’ annoyance. 100%.

Vengeance tries to walk the fine line of satire. Ben Manalowitz wants his podcast to reflect how people can’t handle the truth so they make up conspiracy theories. Certainly, the rubes in Texas fit this stereotype. Then, he finds out they are not as dumb as they appear. Yet, he still portrays them in caricature fashion. There’s no question that some of the writing is witty and thoughtful. And, the West Texas scenery is suitable for this fish out of water spurred on by his NYC producer. It also ends up being deeply unsatisfying with a far-fetched ending. I give Vengeance 2.0 Gavels and it receives an 81% Rotten Tomatoes rating with an early 6.9/10 IMDb score.

Receiving a call from her brother that Abilene passed, Ty nags Ben into attending her funeral. When he arrives, it’s clear the family believes them to be more than an occasional hook-up. Ty suggests that Abilene’s death was more than an overdose and the two should get revenge for her murder. When asked what evidence he has, it’s his “gut-feeling.” Ben now finds his hook for a podcast (Dead White Girl), if he can get anyone to talk to him. How does a NYC boy fit in in West Texas?

B. J. Novak is the writer, director and lead in Vengeance. Primarily known from The Office, his deadpan delivery becomes a tad stale after 107 minutes. Issa Rae (The Photograph) does her best to lighten things up as the producer, but gets too little screen time. Ashton Kutcher is the slimy record producer. He manages slimy quite well.

Dark comedies can hit or miss. Vengeance missed for me although the critics seem enthralled, by and large. Mostly, I think we are tired of hearing about conspiracy theories and don’t need to see them on-screen. Moreover, I’m not into podcasts so it was strike two in the early minutes.

“Vengeance has some infrequent laughs and, to Novak’s credit, is well-paced. But ultimately it just doesn’t have much to say that’s worth watching – or even worth listening to as a podcast.” Globe and Mail

For those who see commentary on red state/blue state clashes, if I want politics, I can watch the news. Strike three.