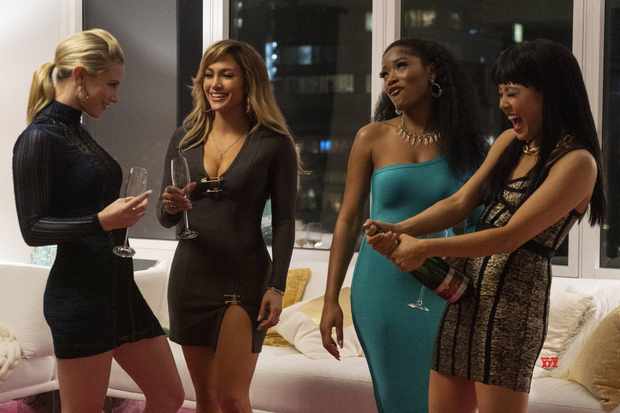 In my column of 8/22/19, I ask whether Hustlers is part of “dump month.” The answer is a resounding “YES,” despite the 89% Rotten Tomatoes score. In a movie where there are no sympathetic characters, the director tries to make you feel sorry for “the girls” by showing the difficulties of the stripper life. Yet, the first 20 minutes is more like a how-to than a should-not. And, don’t get me started on the reporter who is indifferent to the plight of the males despite being drugged with ketamine and MDMA. A person under the influence is incapable of consent, regardless of sex. Or, is this a double standard? I give Hustlers 2 Gavels.

In 2008, money is flowing freely in New York strip clubs and Ramona and Destiny are living comfortably. Then, the stock market crash happens and the pipeline slows to a trickle. Eventually, they scheme to hustle wealthy men by drugging them and maxing out their credit cards. Certain that no man would report them to the police, their web gets wider and more risky. A reporter lets us know how it all went wrong.

Critics are proclaiming the performance of Jennifer Lopez, as Ramona, to be Oscar-worthy. Sorry, but I thought Constance Wu, as Destiny, was better, certainly not Oscar material, but more nuanced. Julia Stiles, the reporter, is just wasted window dressing. The same could be said for Cardi B and Usher, who are in the movie only to draw a younger crowd.

In Slate’s “What Fact and What’s Fiction in Hustlers,” the real motive for these acts is greed. Perhaps, the New York Magazine article that “inspired” Hustlers provided some info on how much these women stole. The film glosses over this small fact despite it going on for years and supporting numerous NYC lifestyles for years. One cardiologist had $135,000 rung up on his card, according to Time magazine. Although charged with theft of $200,000, it had to be multiples of that number. The real Destiny now tries to justify her actions by saying “they were ready to party.” In this #metoo era, a man would be pilloried for saying that. Destiny (real name Roselyn Keo) is writing a book, The Sophisticated Hustler. Fair warning, Hustlers is still at it, trying to hustle you out of a ticket price; don’t fall for it.