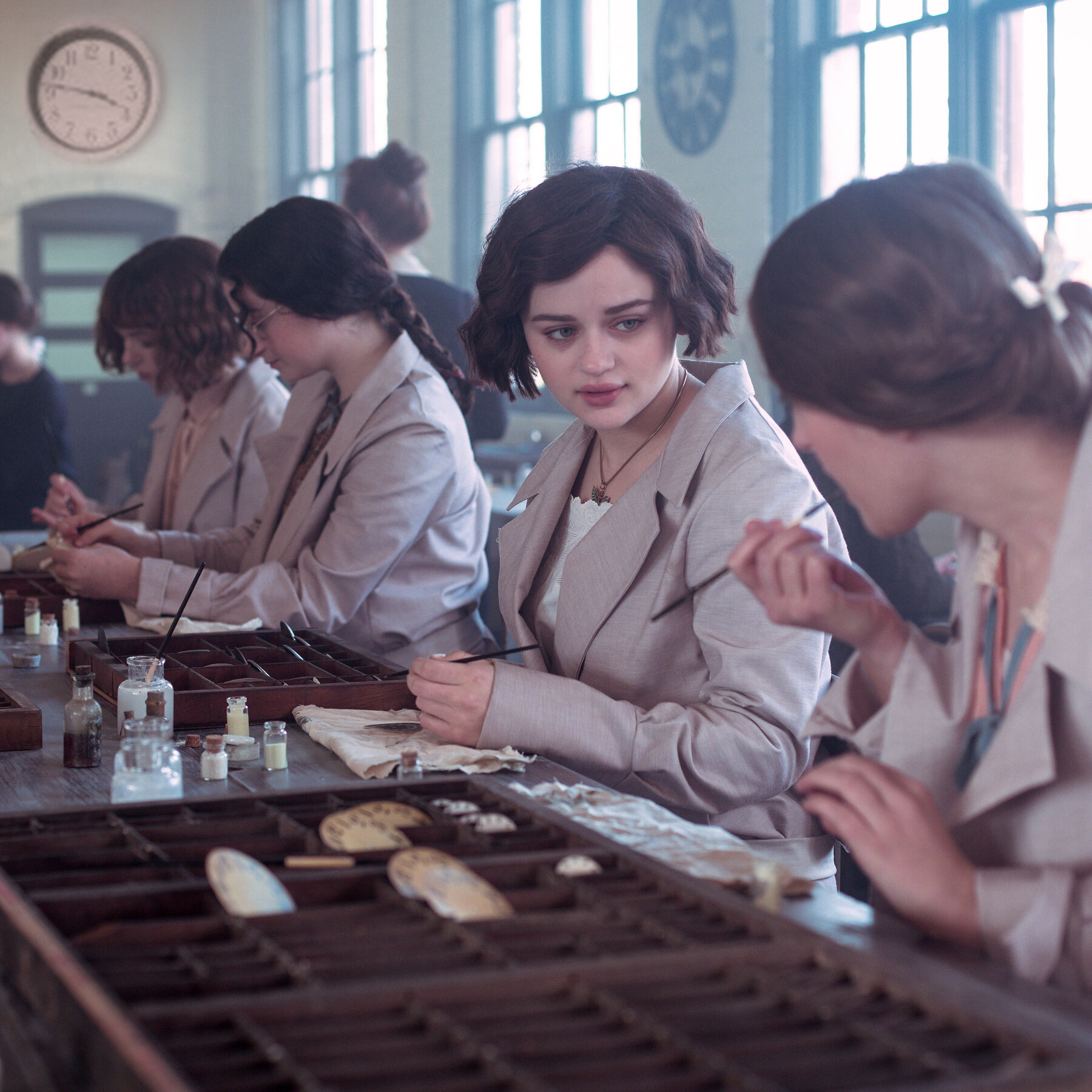 Move over Erin Brockovich. Make way for Bessie Cavallo and the Radium Girls. Corporate misdeeds, undisclosed dangers, and outright fabrications are nothing new in America. Hollywood rightly takes them to task. Why then did the writers feel it necessary to change the names of those involved? Still, although minor facts are altered, it appears the basic story of the Radium Girls is factual. Informed males took precautions against radium poisoning allowing unsuspecting women to believe the paint safe. “It will put a glow in your cheeks.”

Much like Apollo 13, the viewer knows what is about to happen. Nothing good comes from ingesting radium. Yet, during the 1920’s, it was not unusual to proclaim the health benefits of radium and related products. It will take years to establish clear legal precedents and radium safety standards. Against this backdrop, fictional Bessie Cavallo rises up against the mighty corporation and swats it down. Ignoring the filler, Radium Girls provides a compelling story, one that needed telling. I give the Netflix offering 4.0 Gavels and it receives a 74% Rotten Tomatoes rating with a 6.2/10 IMDb score.

At the American Radium plant in Orange, New Jersey, seventeen-year old Bessie Cavallo and her older sister, Josephine, paint watch dials for one cent each. To get a fine point on their brush, painters use their lips. Repeatedly told the paint is safe, Bessie isn’t concerned until her sister suffers a series of ailments. The company’s “doctor” diagnoses syphilis, yet Josephine is a virgin. When the Consumer’s League finally lets them in on the “secret,” a request is made to exhume the oldest sister, Mary, also a former employee. “Curses are real if you desecrate the dead.”

Nominated for an Emmy at age 20 for The Act, Joey King is well known in film and TV business. She began acting at age seven. Here, she plays Bessie Cavallo, determined to seek justice, no matter the cost. Abby Quinn (Little Women) is Josephine, her intellectual practicality a contrast to Bessie’s emotional idealism.

To spice things up a bit, Bessie meets Etta, a survivor of the 1921 Tulsa Race Massacre. This is another bit of history that needs exposure, to be rectified May 21 on PBS as a documentary. How do you market the glow-in-the-dark product? Simply, call it Undark. I’m certain all the marketing majors out there are cringing.

“A well-acted, smartly-reported and heartfelt if somewhat malnourished period piece about heroic women of American labor, and their role in crusading for worker safety.” Movie Nation

“The war for safer workplace conditions doesn’t end with the Radium Girls but it’s an important battle to remember, especially as one where women led the charge and suffered the most. Flickering Myth

Event though this tale takes place nearly 100 years ago, radium paint doesn’t cease until the 1970’s. Now, I wonder what was on my old Timex.