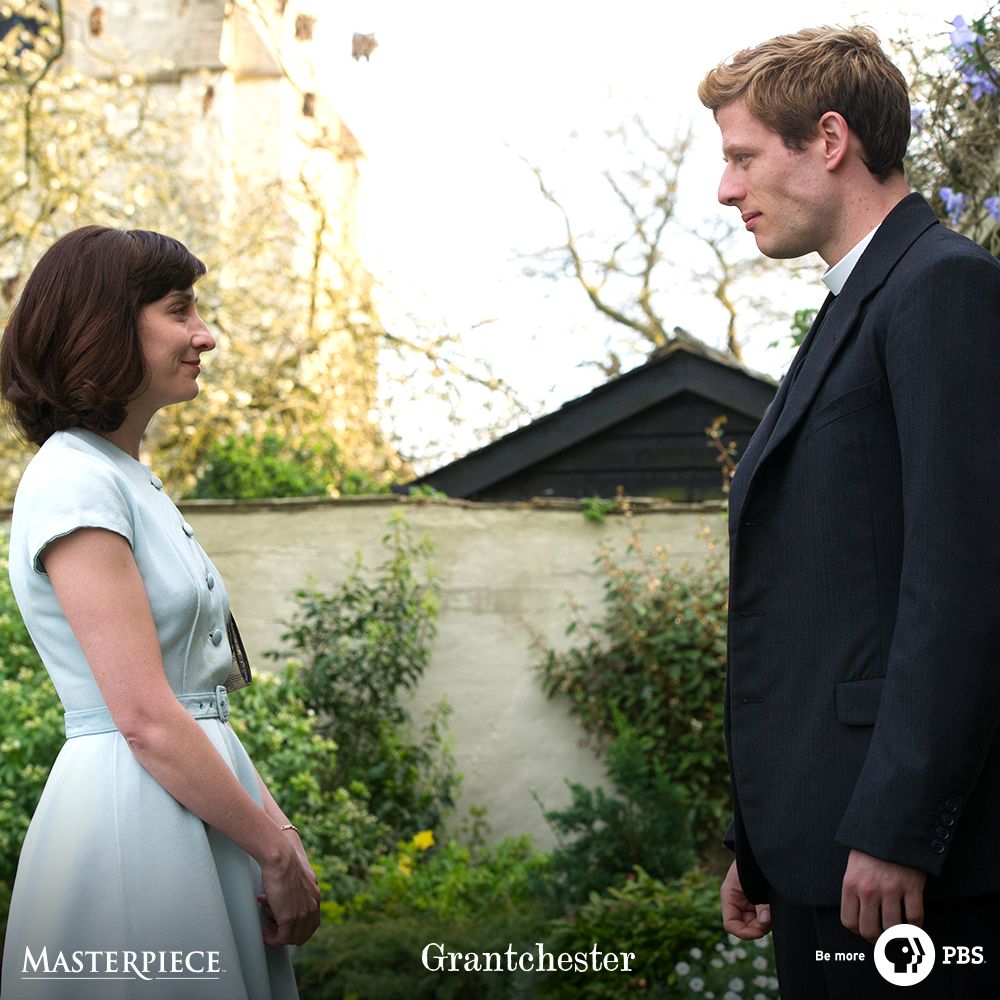 Put a handsome WWII vet with PTSD into Anglican vicar’s clothes, make him heartbroken and somewhat concerned about his drinking and smoking, and you have an outline of Grantchester. Did I mention that he likes to solve murders? So, team him up with an equally flawed detective in 1950’s England and you get a series with an average Rotten Tomatoes score of 95%. As with most pairings, they are quite opposites.

Reverend Sidney Chambers is the soft-spoken, inquiring intellectual who struggles with the morality of some of his investigative techniques. DI Geordie Keating has no such qualms, forging full speed ahead to find the truth, no matter the cost. But, make no mistake, Grantchester‘s finest bond in an unlikely manner, often in the local pub, much to the consternation of Mrs. Sylvia Maguire, housekeeper. Moreover, this woman who “doesn’t like anybody” also frowns on the flirtations of the newly-engaged Amanda Kendall with our young vicar. For a mystery show of a much less violent nature in another gorgeous English setting, I recommend Grantchester and give it 4.0 Gavels. It earns an impressive 7.9/10 IMDb score.

Sidney Chambers finally works up the nerve to express his love for Amanda Kendall when she announces she is engaged. In the meantime, overworked Geordie Keating closes the suicide case of Steven Staunton, solicitor. That is, until, Staunton’s mistress discloses her affair, and suspicion of her husband in the death of Staunton to Rev. Chambers. As most ministers “do not make murder their business,” Keating is unimpressed with this new information. As “people talk to me, too much sometimes,” Chambers uncovers new clues, and new suspects. He now gets Keating’s full attention. And that, folks, is just episode one.

From an ex-convict in Happy Valley to a vicar in Grantchester, James Norton (Little Women) makes a huge transformation. It’s easy to see why the ladies fall for the priest. Robson Green, as Det. Keating, may be more well known as a singer than as an actor. Two of his hits include “I Believe” and “What Becomes of the Brokenhearted.” Morven Christie is wonderful as the coquettish Amanda, best friend of Chambers, but certainly conflicted by their “relationship.” Is there a When Harry Met Sally component to their friendship?

Jazz-loving, bicycling Rev. Sidney Chambers is such an unusual character that it is difficult to picture him. DI Keating looks more like the rumpled Columbo, though not in his mannerisms. “The glorious new PBS mystery series Grantchester is a revelation on two fronts and unforgettable on both. It turns back the clock to solve crime in a different era, offering respite from the world around us now even as it reveals how little ever changes about the human heart,” writes The Wall Street Journal. The Huffington Post adds “it’s light and diverting yet respectful of its characters and their histories, thus it can serve as a pleasant, earnest counterbalance to some of TV’s darker dramas.” Based on the books The Grantchester Mysteries, the Brits seemingly have no end to quality programming.