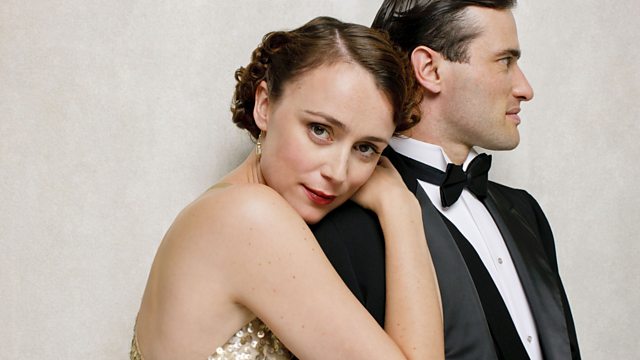 Long before Downton Abbey (2010-2015), there was Upstairs Downstairs (1971-1975). That series depicts the lives of the Bellamy family and servants intertwined in historical events from 1903 to 1930. Sixty-eight episodes from fifty years ago seemed a bit much so I opted for Upstairs Downstairs (2010-2012) instead. Available on Hulu, these nine episodes focus on The Holland family and servants from 1936 to 1939. Well received in Season One, the audience share plummets in Season Two despite similar IMDb scores. One wonders whether the rise of the Crawleys in Downton Abbey heralded the downfall of Upstairs Downstairs. The two share much in common. For example, if you like Maggie Smith as Violet Crawley, you will enjoy Eileen Atkins (Doc Martin, Paddington 2) as Lady Maud Holland just as much.

Ironically, Eileen Atkins is co-creator of the original and intended to play a Downstairs maid. Another obligation prevented that and, half a lifetime later, she plays the Upstairs matriarch. Like all Masterpiece offerings, the series is well-written, acted and costumed. It continues draw our characters into the historical events of the time. Season One alone brings us Wallis Simpson (“mistress of the king”), Joachim von Ribbentrop (Minister of Foreign Affairs for the Nazis), Sir Oswald Mosley (leader of the British Union of Fascists) and the King Edward VIII’s abdication. As a young, wealthy diplomat in The Foreign Service, Sir Hallam Holland rubs elbows with the elite, and his house must be consistent with his station. Now, if he can only get his sister-in-law, Persephone Towyn, to toe the line. I give Upstairs Downstairs 4.0 Gavels and it garners a 7.5/10 IMDb score.

The house at 165 Eaton Place sorely in disrepair, Lady Agnes Holland takes charge of its remodeling and staffing. Former Upstairs maid, Rose Buck, assists in finding and training the best available servants. Gone from England for thirty years, Sir Hallam’s mother (Lady Maud Holland) appears and asserts her influence, to the chagrin of all. Not long after, Lady Agnes’ sister (Persie) arrives to further upset the delicate balance of the household. Through it all, the Downstairs crew rises above it all. Did I mention one of their lot thrown in jail, another caught in a riot with Persie, and a third brings a surprise all the way from Germany?

Until this show, I’d never heard the term “morganatic marriage,” i.e., a marriage between persons of unequal rank or station which prevents title and inheritances from passing to spouse or children. Proposed to resolve the Wallis Simpson affair, it became impossible. Asked whether she met a high-ranking government official at a party, Persie replies, “I’m a debutante; I only meet young men.” Unable to help an emperor deposed by Mussolini, Lady Maud consoles a despondent Sir Hallam with “there are times when diplomacy is no more than a pageant.”

“This new Upstairs Downstairs, though, does indeed seem new. It’s not weighed down with nostalgia or sentiment. There’s some real danger dramatized here, and lots of shocks and twists.” NPR’s Fresh Air

“Upstairs Downstairs sticks to the rules established by the original and defies the odds by being as good, and in some ways, even better.” The New York Times

What am I doing tonight? Season Two beckons.