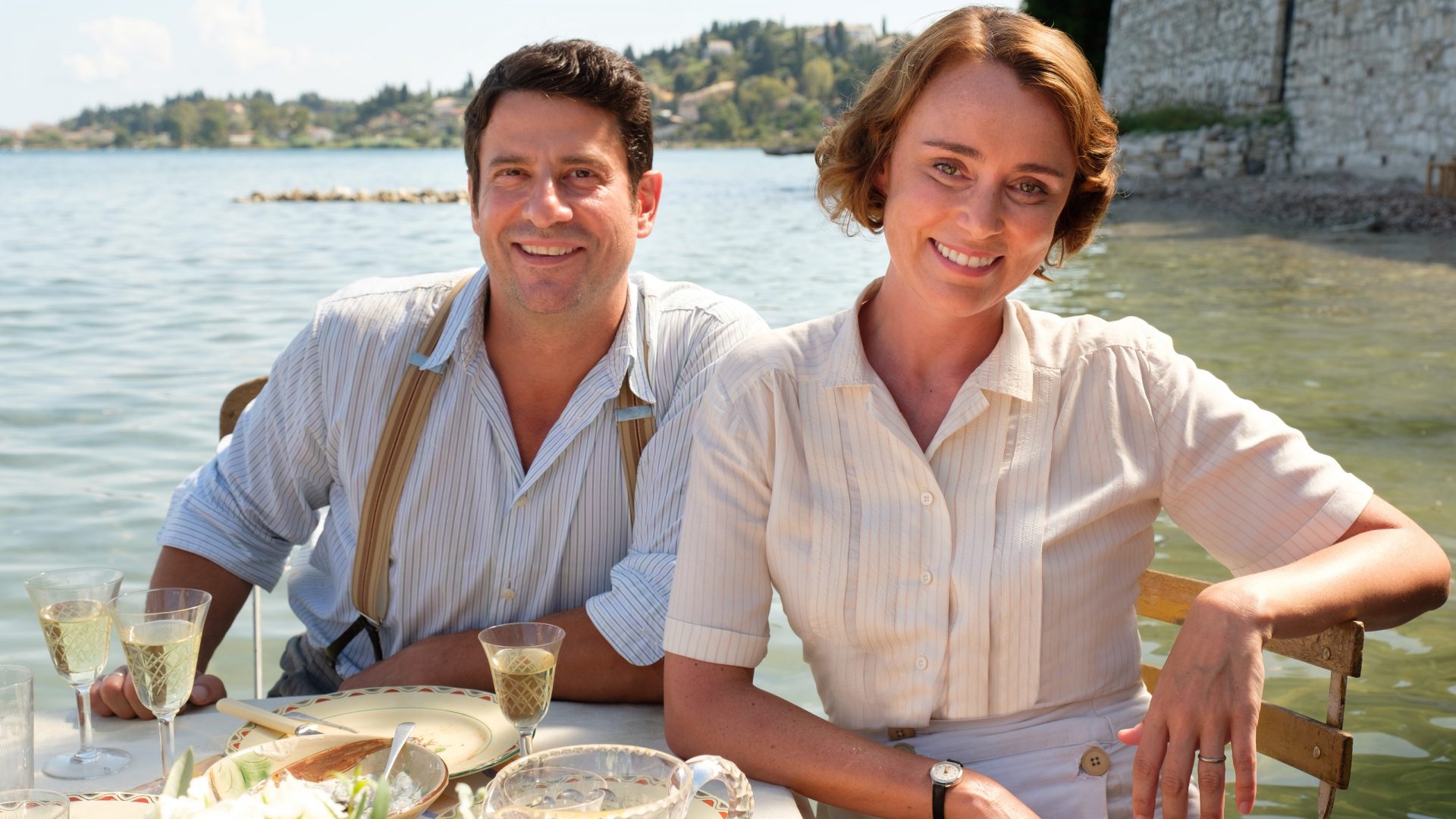 Sometimes nuttiness can be endearing, at other times enduring. Only three episodes in, I found The Durrells In Corfu to be unendurable. After a pleasant romp with Under The Greenwood Tree and Keeley Hawes, why not give her another opportunity to impress on a gorgeous Greek Island? Louisa Durrell has every right to be concerned about her skills as a mother. Each child is so self-absorbed that they are unable to assist their widowed and penniless mother in the slightest. Given its 94% Rotten Tomatoes score and its four-year run, I am quite certain that the kids must “grow up” at some point. But, I tired of their antics quickly. I give The Durrells In Corfu 3.0 Gavels and it receives a 7.9/10 IMDb rating.

Unable to afford to live any longer in Southbourne, England, Louisa moves her family to Corfu in 1935. The eldest, Larry, a failed real estate agent, fancies himself a writer, but has never written anything. Leslie, a high school drop-out, has an obsession with guns. Margo, admittedly dim-witted, seeks a husband to take care of her, at age 16. Gerry, age 13, seeks to save every creature on Corfu, despite the fact they have little food for the family. Somehow, the good people of Corfu tolerate their eccentricities, and their inability to pay.

Keeley Hawes stars as the exasperated mother, Louisa Durrell. Josh O’Connor (Prince Charles in The Crown) finally makes a literary contribution to the family as Larry. But, his fascination with sex causes brother, Leslie (Callum Woodhouse), to steal the “x” from his typewriter.

Based on the three book autobiographical series by Gerald Durrell, did a Swedish farmer really perform an appendectomy on Larry? Did a convicted murderer really befriend Gerry? The Daily Mail suggests that real life was somewhat darker than The Durrells in Corfu portrays. On the other hand, GQ Magazine writes “a ludicrously dysfunctional very British family relocates to Corfu without a word of Greek, befriends a host of stereotypical locals and the odd, drunken Brit, and everything proceeds to go completely tits up. What’s not to love?” This Masterpiece Theater offering I did not love, but note that it certainly appeals to many.