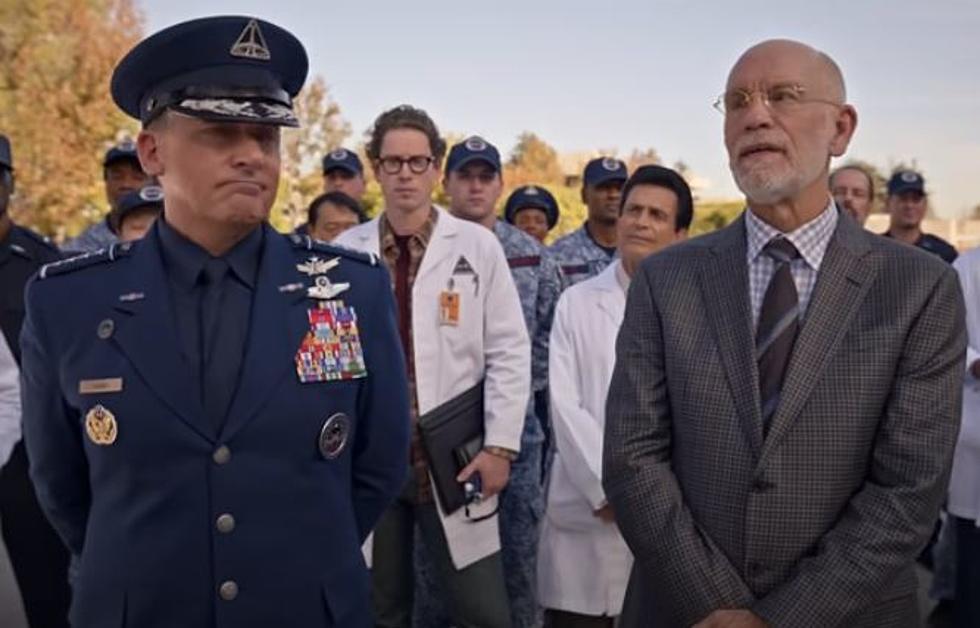 Created, produced, starring, and partially written by Steve Carell, he has only himself to blame for Space Force. After Vice, Welcome To Marwen, and The Morning Show, including this fiasco, Carell’s average Gavel rating for his last four major shows is 1.375. Parody is an imitation with deliberate exaggeration for comic effect. Note it includes the word “comic,” causing or meant to cause laughter. Although The United States Space Force was officially established 12/20/19, it is a direct descendant of the Air Force Space Command formed 9/1/82. Not much to parody there. Yet, for some reason, Carell’s character is to parody General John Raymond, the first to lead the agency. Why parody this decorated war veteran?

As with The Great, I couldn’t get past three episodes of Space Force. The first episode tries an old gag of repetition for laughs and the second tries a monkey. Failing that, the third reverts to offensive references to females. Space Force is just sad, real sad. I give the Netflix offering 1.0 Gavel and it receives a 36% Rotten Tomato rating with an early 70% Audience score.

General Naird becomes a four star general and given command of U.S. Space Force. His high school daughter and soon-to-be imprisoned wife are not happy with the move to Colorado. Naird trusts his gut more than the scientists around him and orders a launch against their recommendation. Shortly after the Epsilon 6 enters orbit, a incident with a Chinese satellite occurs. Can the Epsilon 6, and Naird’s budget, be saved?

Steve Carell needs to re-examine his career. General Naird is the same character he does over and over. Nothing new here. John Malkovich is Dr. Mallory, an alleged parody of Dr. Strangelove. Maybe that happens later in the series but, so far, what a waste of talent. Tawney Newsome, a helicopter pilot, is the only one who catches the eye. Keep an eye out for her in one of the new Star Trek spin-offs.

According to the writers of Space Force, if you live in Colorado, your interests are dirt bikes and hunting. Hollywood knows it is safe to make fun of fly-over states. Slate points out that “Space Force is not exactly embarrassing — everyone involved is too talented — but it is shockingly unfunny for a show made by people who are so talented.” The LA Times writes “lashings of technobabble aside, none of the practical or scientific material in the show seems remotely true or plausible, especially the speed at which things are supposed to happen.”

The recent positive experiences with The Mandalorian and Star Trek: Picard make Space Force pale in comparison. Acknowledging that they are vastly different genres, still some realism might buttress the comedic failures. Clearly, this effort blew up on the launchpad. Why didn’t they just name it Space Farce?