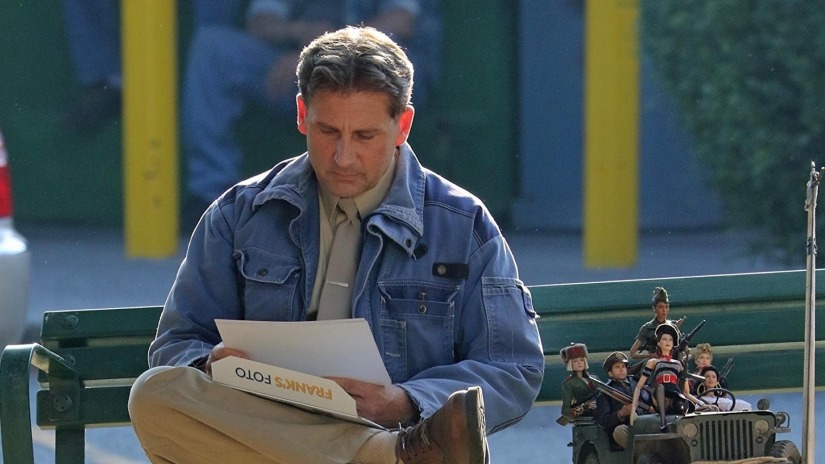 Filmed with actors as doll-like characters, this is one bizarre movie. Certainly director Robert Zemeckis is portraying Mark Hogencamp dealing with PTSD, but the methodology used interferes with the story. The odd trailer gives a hint that Welcome To Marwen is about to lose $60 million, but how did it get this bad? For starters, like many directors, Zemeckis plays loose with the facts as set forth in History vs Hollywood. Next, add a 2010 Best Documentary (Marwencol) on the subject to which this film unfavorably compares. Finally, real faces with doll-joints is off-putting. I give this movie .5 Gavels and it receives a 29% Rotten Tomatoes rating with an Audience score of 57%.

An alcoholic, Mark tells a group of young Nazis that he likes to wear women’s shoes. They beat him so badly that he loses most of his memory. To deal with the flashbacks, Mark creates Marwen, a town in Belgium during World War II. Women who are kind to him becomes fighter dolls to help battle the Nazis, over and over again. Against this backdrop, he needs to appear in Court to confront his attackers.

Steve Carell, as Mark, just doesn’t allow us to connect with his character. Much of the fault lies with a script that gives us no background. Leslie Mann is Nicol, a sugary-sweet, brand-new neighbor who immediately inserts herself into Mark’s unusual world, with no wariness, whatsoever. Merritt Weaver, owner of a hobby shop, and Eiza Gonzalez, co-worker, are friends who help Mark through the ordeal. Only they seem to ground this movie into reality.

It is a shame that I didn’t see this 2018 movie until now. Its poor grade deserves a place alongside Tag for the worst of that bygone year. Some credit was given for a welcome try at something different, and for a hopeful ending. While the dolls fighting does not come across well, the still pictures of Marwencol in the art gallery were amazing. Clearly, this is a case where life, even in recovery, is better than art in a theater. If you are interested in this story, skip this movie and look for the documentary.