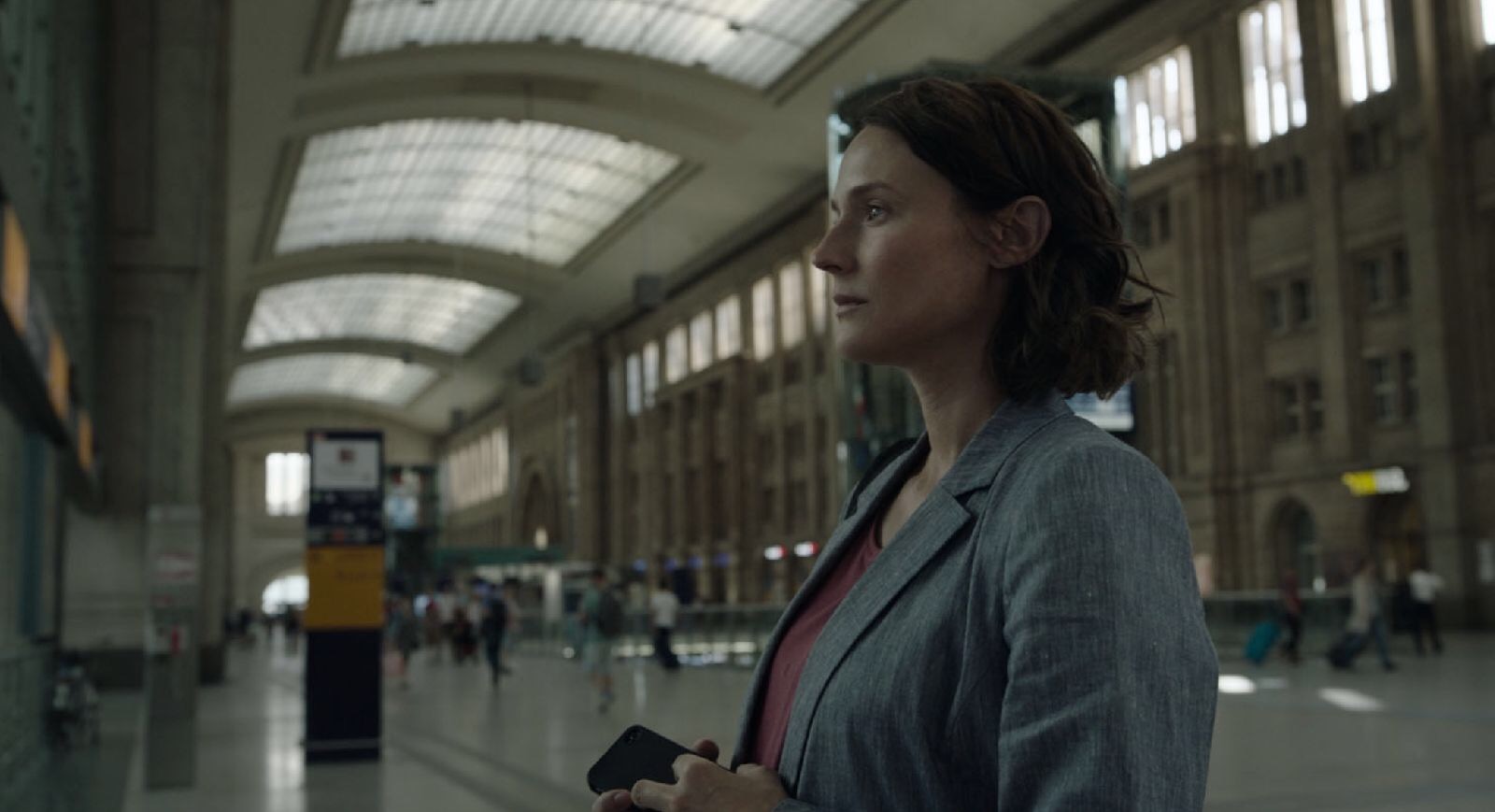 The Operative poses as a spy thriller and action film. A spy story it is but with few thrills and more inaction than action. In some ways, I’m sure it reflects the loneliness of an agent deep in enemy territory for long periods of time. Nevertheless, to waste the fine talents of Diane Kruger and Martin Freeman is unforgivable. The modern fad of constant flashbacks makes the film’s theme near unintelligible. The viewer knows the Mossad has lost control of Rachel Currin but the editing struggles to explain the why and the effect. It’s also odd that the Israelis gave Rachel an Australian identity with no such accent. Maybe they thought the Iranians wouldn’t notice?

Mossad gives The Operative mundane duties until they learn if they can trust her. In her first major test, Rachel quickly finds out that no operation goes as planned. Thomas, her handler, understands that her ability to adapt is her ability to survive. He knows he’s lost “control,” but the results are spectacular. Should he tell his superiors in Jerusalem? Willing to spy, but uncomfortable with the collateral damage it sometimes spawns, will Rachel become disillusioned? Is it time to pull her out? Just what might she do to expose the program? I give The Operative 3.0 Gavels and it receives a 41% Rotten Tomatoes rating with a 5.7/10 IMDb score.

Operation Business As Usual depends on Rachel Currin. Planted as an English and French teacher in Iran, she is to intercept Farhad Razhavi. He needs better English skills to grow his import business. Iran uses Razhavi Electronics to bring in parts for their nuclear program. The Mossad intends to surreptitiously provide defective supplies. Razhavi introduces Rachel to the Iranian way of life. “The people here have many secrets. It is like a second nature.” The game is on.

Did you see Diane Kruger (Welcome to Marwen) in the TV series The Bridge? Behind those eyes, she is always an enigma, always way ahead of her male counterparts. As Rachel, expect no different. I first noticed Martin Freeman (Black Panther) in a silly role in Love Actually back in 2003. You may remember him as Bilbo Baggins. As Thomas, he will put his career on the line for Rachel. Is Farhad (Cas Anvar) greedy or just a political pawn?

“How did Rachel become the center of our most sensitive operation” asks the Mossad? “Without her, there is no operation,” replies Thomas. Thus, the conundrum. What risk will you take to prevent Iran from acquiring nuclear weapons? More importantly, what will you do to eliminate any leak of the operation?

“Kruger is compelling in the central role in this pacy procedural thriller which is persuasive in its depiction of contemporary spycraft but less convincing in mounting a case for why she would work for Mossad in the first place.” Screen International

“With a clumsy flashback structure, The Operative never quite reaches a full boil, coming off – like its heroine – as an entity without a country.'” Film Comment Magazine

This is a case of what-might-have been. Most assuredly, there’s a good story in there somewhere, but this director failed to flesh it out.