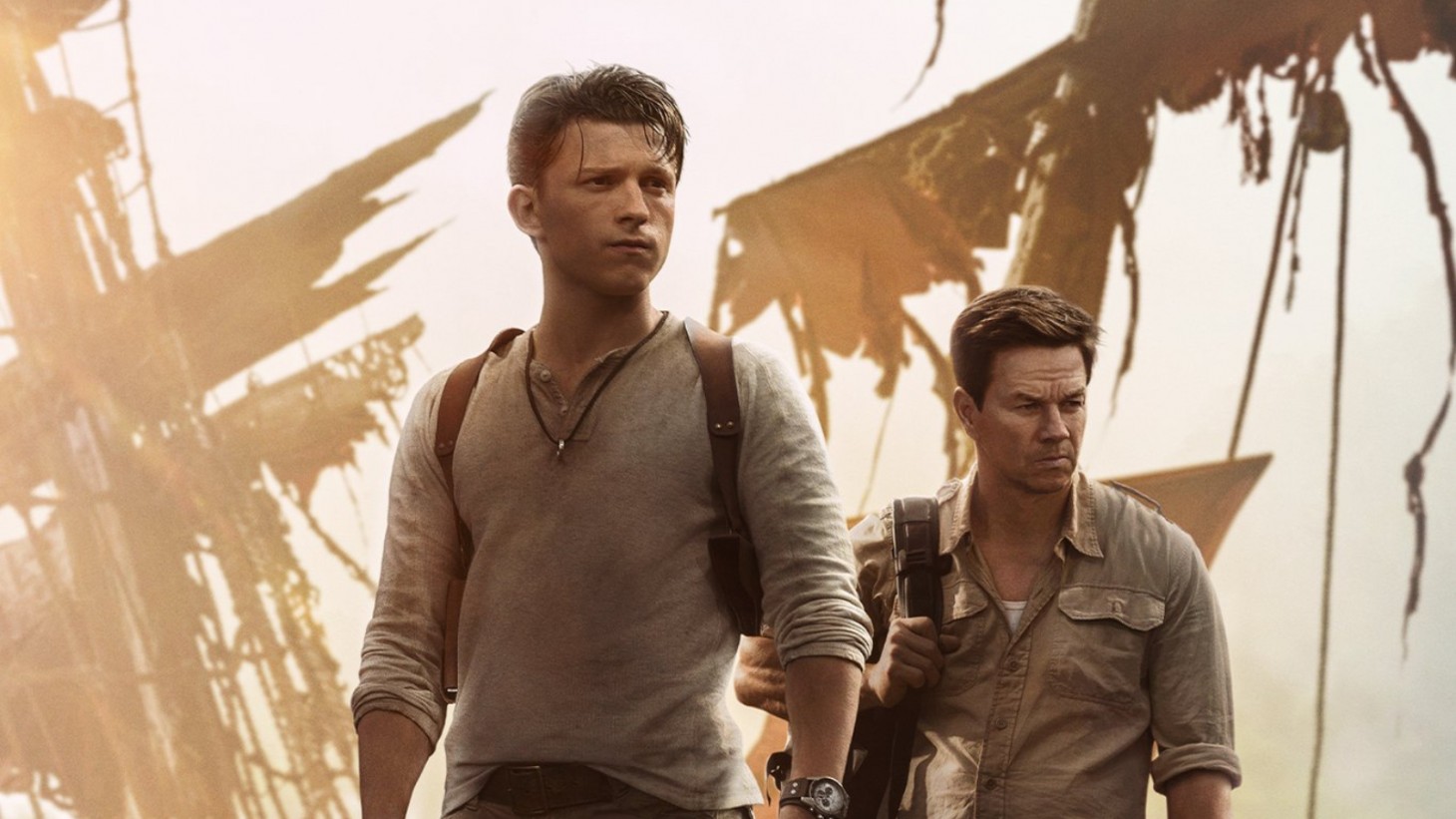 Spanish galleons crashing into each other, in mid-air, takes you into Uncharted waters. For the uninitiated, Uncharted is a series of adventure games developed by Naughty Dog and published by Sony for PlayStation consoles. One of the best-selling video game franchises in history, nine separate games sold over 41 million units. With that kind of popularity, the film has been in some stage of development since 2008. So, after fourteen years, PlayStation Productions and $120 million brings you creative unbelievability.

Movies based on video games rarely get good reviews from critics. Uncharted is no different. The Rotten Tomatoes rating sits a 39% though the Audience score soars at 90%. Who ya’ gonna’ believe? As for me, this is just the reverse of Dog. Dog has more meat on its bones, more thoughtful. Uncharted is less real, but a visual treat with Barcelona and the Philippines providing the backdrop. The video games are compared to Hollywood-produced action adventure films. Expect nothing less. The producers want you to think Indiana Jones, but The Da Vinci Code also comes to mind. Lots of codes need to be broken, lots of keys need to be turned. But, in which direction? I give Uncharted 3.5 Gavels and it receives a 6.8/10 IMDb score.

Is Nathan Drake really a descendant of Sir Francis Drake? Fifteen years earlier, he and his brother get arrested for trying to steal an original Magellan map. Now, he hasn’t heard from his brother in ten years. Victor Sullivan previously hunted for the Magellan treasure with Sam Drake. He suspects that Nathan possesses information as to its location. Naturally, Sullivan is not the only one looking for the gold and some do not play nicely with others. No one is trustworthy.

Starring In Spiderman, Venom, Chaos Walking, and Cherry, Tom Holland is one busy actor. As Nathan Drake, let’s say he had one heckeva stunt man. In a twist, Mark Wahlberg (Spenser Confidential) was originally to star as Nathan Drake. Over the years, he aged out into Victor Sullivan. The most impressive actors may be bad girls Sophia Ali (The Wilds) and Tati Gabrielle as Chloe and Braddock, respectively. It’s every woman for herself!

Every clue leads to another clue in Uncharted. Since this film is a precursor to the games, you may need some help figuring out the post film credit scenes (IGN). Clearly, PlayStation prepares for a sequel along the lines of the first video game.

“It achieves the primary goal of based-on-a-video-game movies, which is that the non-stunts parts like storyline and character don’t get in the way of the stunts parts, which are the reason we are there in the first place.” Movie Mom

“Watchable in a thin ‘Raiders of the Lost National Treasure of the Fast & Furious Caribbean’ way.” Variety

Damned with faint praise. In the final analysis, if you demand excellence from your films, save your bucks. Still, I’d pencil this one in for streaming in 90 days or so.