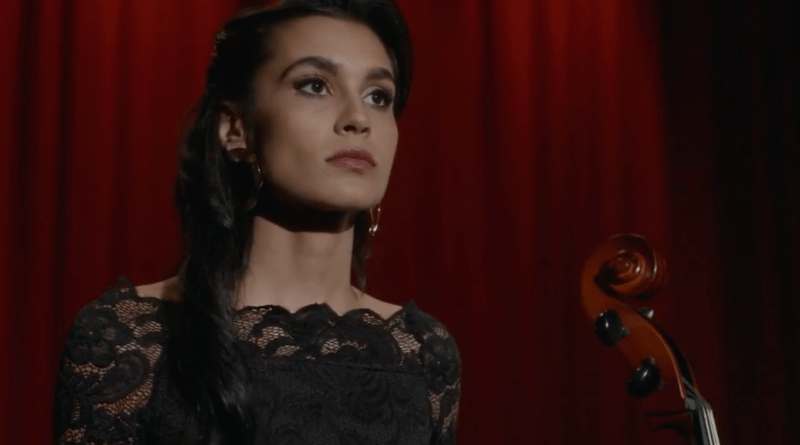 After four episodes, I was pretty wild about The Wilds. After ten episodes, I think I’ve been scammed. The writers keep telling us, “the answers, they are coming.” Maybe in Season Two, but definitely not in Season One. Originally, I had no intention of following this Amazon Prime series. Not into the Survivor-reality type shows, this seemed a copycat. Then, a critic said it was the surprise hit of the year. Why did I listen?

What is The Wilds about? A mad scientist tries a Lord of the Flies experiment to prove that women should rule the world. Why anyone thought that eight teen females would prove that hypothesis still boggles the mind. Or, as Leah puts it, “there is no crazy, only damage.” Each episode focuses primarily on one girl as it reveals hints from her past. Her hopes, dreams, faith, and feelings dashed by the “male-dominated hierarchy.” Well-acted on an island setting, too many unlikely coincidences fail The Wilds. I give the series 3.5 Gavels and it receives a 90% Rotten Tomatoes rating with a mediocre 6.4/10 IMDb score.

On the way to a weekend retreat, a plane with nine teens crashes into the Pacific. Only eight survive. Upon rescue, the FBI interviews the girls to determine what transpired. Except, nothing is as it seems. Why did no search plane find them sooner? How did medicine magically appear? Why can’t they see their loved ones? Something is not right.

As Gretchen Klein, behavioral scientist with a tarnished reputation, Rachel Griffiths (Ride Like a Girl) is the name actress. After ten hours, we know she blames “toxic male B.S.,” but not much else. Of the eight stranded girls, none are well known, none stand out over the others.

At times, the dialogue of The Wilds can be a bit cringeworthy. Three weeks on a deserted island can do that to anyone. Of them all, Leah is likely the most self-aware. For her, “love is misery, doubt, and a ton of self-loathing.” Toni has learned that “when you are alone, you can only hurt yourself.”

RogerEbert.com proclaims “there’s something incredibly (and increasingly in each episode) watchable about this twisting, silly show that anchors its B-movie charms in truthful, heartfelt characters and performances.” Then again, he also points out “the increasingly cuckoo plot twists mean that this show can’t take itself too seriously . . .”

Still, if you are going to take me on a long trip, deliver me somewhere. The Wilds only wants you to go to Season Two. Why should I, if you’ve given little reason to expect answers, only more questions?