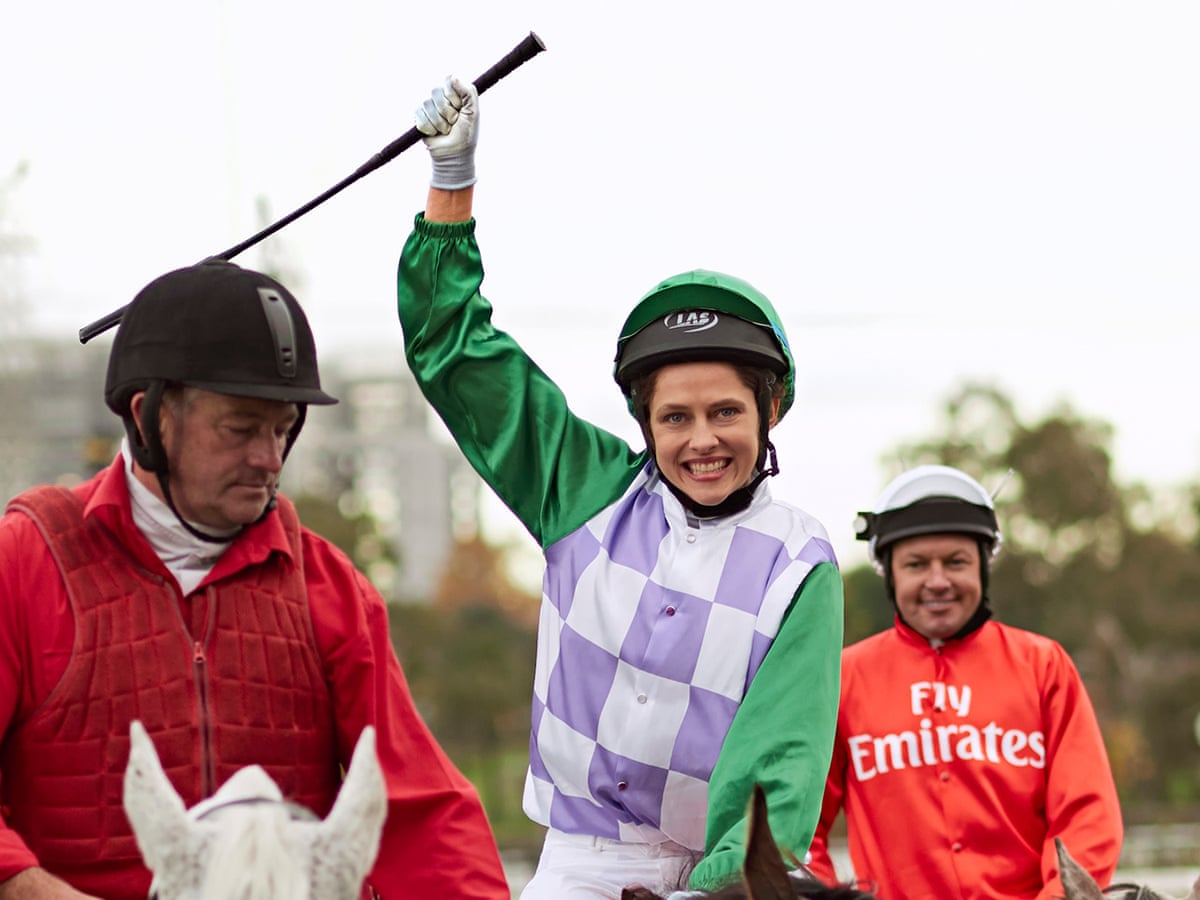 First run in 1875 at 1.5 miles (later changed to 1.25 miles), The Kentucky Derby is a mere babe compared to The Melbourne Cup, founded 1861 at two miles. Ride Like A Girl (Amazon rental at $3.99) is the true and inspiring story of the first female jockey (and only the fifth woman to ride in) The Cup. Most of you know Rachel Griffiths as an actress, perhaps in My Best Friend’s Wedding, Six Feet Under, or Hacksaw Ridge. Here, as director, “she set out to make a PG feminist sports film that would make men cry.”

Like Harry and Snowman, the victory by Michelle Payne and Prince of Penzance is as improbable as they come. Both overcome multiple injures and 100/1 odds to become the best in the world. I give Ride Like a Girl 4.0 Gavels and it receives a 64% Rotten Tomatoes rating with a 72% Audience score.

The youngest of ten kids, Michelle and her slightly older Down syndrome brother, Stevie, are inseparable. After an older sister is killed racing horses, her father, Paddy Payne, hesitates to allow her to compete at the Group One level. Setting out on her own, she attains some success until a spill causes brain injury, and a doctor’s warning that she should never race again. Some 3200 rides, 361 wins, 7 falls, and 16 broken bones later, she meets oft-injured Prince of Penzance. When Paddy asks about her love life, Michelle replies “I have met the one. He’s a Prince.” Paddy gives the fatherly nod and knowingly inquires, “How many legs does he have?” No time for romance, history, rather her-story, must be made.

As Ride Like A Girl received a nomination for best film from the Australian Academy of Cinema and Television Arts, so did Teresa Palmer as best actress for her role as Michelle Payne. Coincidentally, she also appears in Hacksaw Ridge. There may be laws that all Australian/New Zealand-made movies must star Sam Neill (Jurassic Park), here as the stubborn patriarch, Paddy. Still, the best of the lot is Stevie Payne, who plays himself. In the film, the media loves him, and so will you. The screen isn’t big enough to contain his love for horses, and his sister.

If you like cute kid movies (My Spy), you’ll love the ten kids in Ride Like A Girl. For horse racing aficionados, get tips like “a horse gallops with his lungs, he perseveres with his heart, and he wins with his character.” Underdogs will applaud Michelle when asked if she has “any parts left not broken,” she replies “only my ability to win. And, you don’t have to be a feminist to wince at the discrimination against females in a male-dominated world.

The Guardian writes “the big-heartedness of this film won me over despite my utter ignorance of the racing world.” AtHomeInHollywood.com notes “if you’re looking for a good, old-fashioned sports drama to quicken your pulse and warm your heart, you cannot go wrong with Ride Like a Girl.” The real Michelle is pictured below with Stevie and The Cup. The only disappointment in the movie is the size of The Cup. I hope the winner of The Kentucky Derby gets a bigger trophy.