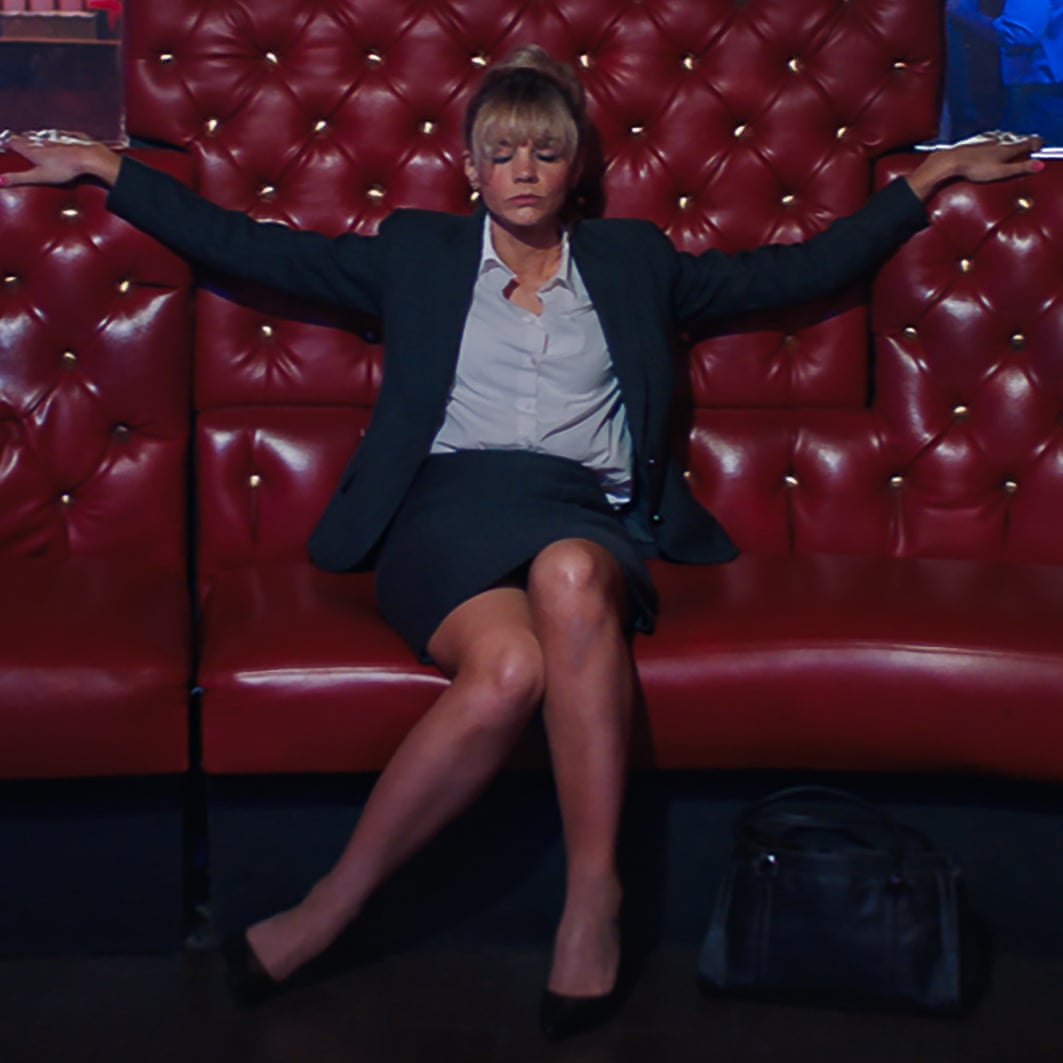 Is Promising Young Woman a revenge movie, or does it cross over into vigilantism? Like Peppermint and Rhythm Section, female revenge movies are nothing new. Yet, every week for seven years, Cassie Thomas goes to a club and pretends to be drunk. And, every week someone offers to take her home. At what point do we cross over into Charles Bronson and Death Wish territory? In 1974, critics complained about the apparent encouragement of vigilantism as an “immoral threat to society and an encouragement of antisocial behavior.”

Promising Young Woman hints at mental illness. Does her book of names indicate an obsessive/compulsive behavior? As Nina Fisher’s mother tells Cassie, “you need to stop trying to fix this.” Nothing good comes of risky behavior. Ultimately, with an unsatisfactory beginning and ending to Promising Young Woman, the film loses its promise. From any perspective, all men in this film are jerks at best, predators and rapists at worst. A former female classmate and Dean don’t come off much better. Oddly, for this type movie, some humor stands out. Just not enough to overcome the downer nature of the film. I give Promising Young Woman 3.0 Gavels. Critics disagree with a 92% Rotten Tomatoes rating and it receives a 7.5 IMDB score.

Cassie and Nina entered med school together. Neither finished. Seven years later, Cassie works at a coffee shop and lives with her parents. A former classmate, pediatric surgeon Ryan Cooper, appears at the shop and asks what happened to her. Has Cassie finally met a man she can trust? Will she be able to finally stop her destructive, revengeful behavior at the clubs? Does anyone remember Nina besides Cassie?

Both the film and Carey Mulligan receive “Best” nominations in at least ten different regional film associations. Nothing here should suggest that I think that Ms. Mulligan fails as Cassie Thomas. Quite the contrary. Once it is clear that Ms. Thomas seeks revenge on everyone, not just the perpetrators, the film lost me. Seen in Rough Night and The Big Sick, Bo Burnham plays Dr. Ryan Cooper. Will he be another man who lets her down?

Why is it that no one recognizes Promising Young Woman? Was med school night after night of drunken blackouts? To accept the film’s premise, you must overlook the plot contrivances. Pay attention to the music lyrics. It does well to match the tone of the film.

“Were it not for the presence of Carey Mulligan in the starring role, I’d give Promising Young Woman the shortest of shrifts as a festival of terrible acting (apart from her performance) and a stylized but airless polemic on a serious subject.” Wall Street Journal