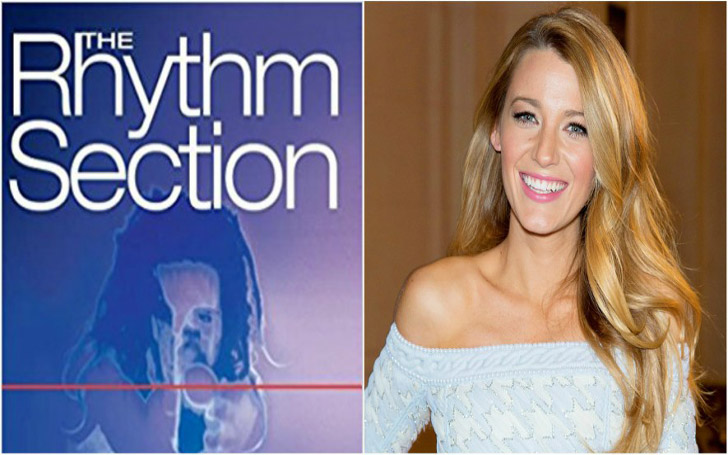 Like the makeup artist for Charlize Theron in Monster, this one also deserves an Oscar for the transformation of Blake Lively. It can’t be easy making these lovely ladies look this bad. In The Rhythm Section, Lively starts out as a drugged-out prostitute. Usually, she appears a tad more “sophisticated.” Unlike Charlize Theron in Atomic Blonde, Lively doesn’t sell the violence nearly as well. The critics compare this one, poorly, to the Jason Bourne films. The plot is too cryptic, the action too limited, and the directing too patchy to compare. If Blake is hoping to start a franchise out of this character, she first better hope to make a profit on a $50 million budget. I give The Rhythm Section 2.5 Gavels and it receives a 31% Rotten Tomatoes score.

Three years after Stephanie Patrick’s family died in a plane crash over the Atlantic, she is deep in depression on skid row. A reporter finds her and lets her know that the explosion was a result of a bomb. He has the name of the bomb maker, but not the person or persons behind it. Patrick is hell-bent on revenge, but without the necessary skills. Will an ex-MI6 agent help her?

As Stephanie Patrick, Blake Lively does a creditable job with a middling character. One has to take a huge leap on faith to buy prostitute-turned-assassin in a few short months. Even less believable is Jude Law as her mentor, ex-MI6 agent, Iain Boyd. These two have all the chemistry of water thrown on fire. Even Sterling K. Brown, a fine actor, struggles as the shady Marc Serra. For these three to come up a clunker, it has to be the material.

A near empty theater on opening night is never a good omen. Produced by the company that makes the James Bond movies, one expects much better. The critic for Variety writes that Lively’s “near incompetence in the face of danger makes her relatable as an assassin.” I hoped he wrote that tongue-in-cheek, but he was serious. Besides the ending being telegraphed, the director oddly uses pop oldies at ill-fitting times in The Rhythm Section. Another critic writes that Lively “wears so many headpieces that the proceedings begin to resemble a Carol Burnett Show sketch.” Ouch! Bottom line– in The Rhythm Section, you will find some “blues” and some rock-n-roll, but it sorely lacks rhythm and soul!