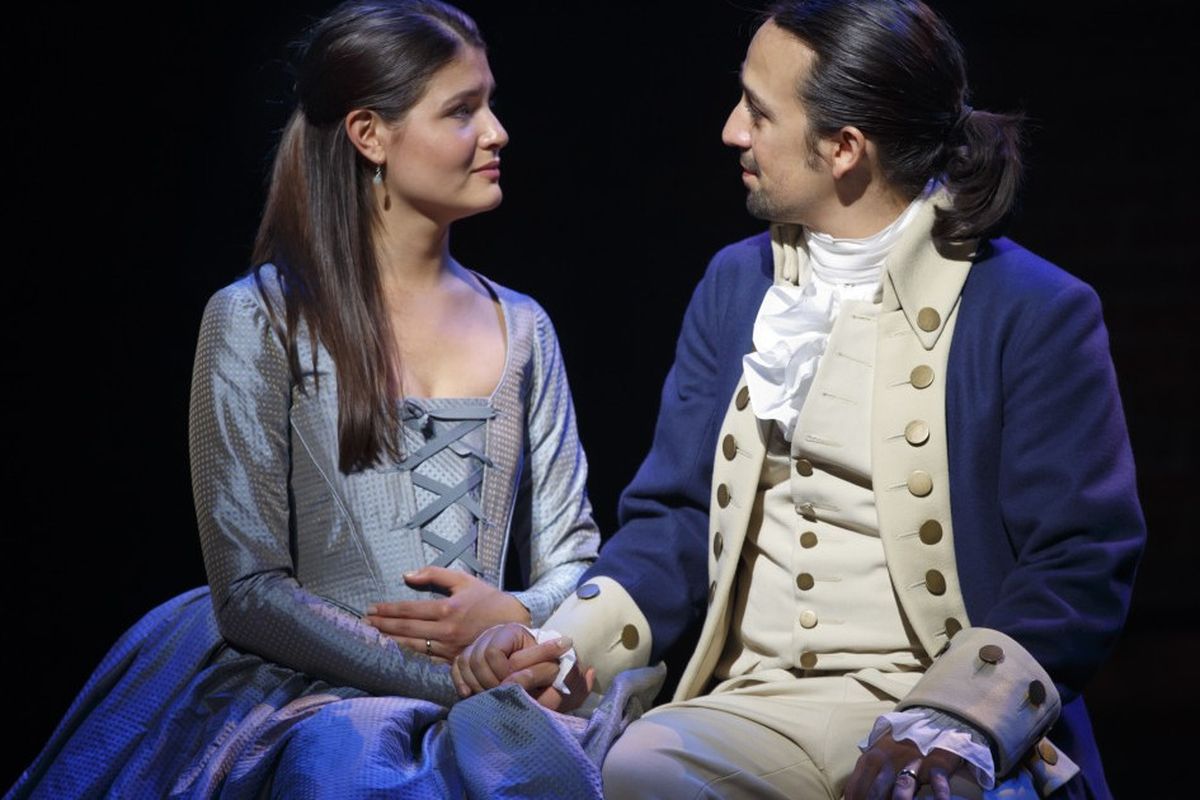 Hamilton on stage is WOW, MIND-BLOWING, STUPENDOUS. Hamilton 2020 on film is very good, but just not the visual, aural experience. On Disney+, you lose too much choreography, too much sheer energy projected by the cast, and the audience. Still, don’t miss it. Hamilton 2020 gives you war, nation-building, affairs, blackmail, and duels. For those who say politics today is nasty, now they just murder reputations, not each other. History is brought to you in song and dance.

I’ll not repeat my stage review of Hamilton, but acknowledge that some Chicago performers were equal to, or better, than the original cast, especially King George. At the other end of the spectrum, the original Schuyler girls are superb. They carry much of the early part of the stage film. But, once it finds its stride, the latter part of the movie approaches greatness. I give Hamilton 2020 4.5 Gavels and it receives a 99% Rotten Tomatoes rating with a 95% Audience score.

Aaron Burr and Alexander Hamilton keep crossing paths. Burr thinks Hamilton is too opinionated, Hamilton believes Burr possesses no beliefs. Burr “knows” the way to political success is to offend no one, and bide your time. To the contrary, Hamilton can’t wait to convince others he is right, even if he steps on a few toes. More than once does George Washington reprimand Hamilton for being overbearing. Both have tremendous egos; both want to be in the room where decisions are made. A clash is inevitable.

At the risk of heresy, Lin-Manuel Miranda‘s voice seems a tad raspy for Broadway. Of course, when you are responsible for the music and lyrics, then you get to be Hamilton. But he, Leslie Odom, Jr. (Aaron Burr), and Christopher Jackson (George Washington) really let it out In the last hour and one-half, songs more conducive to singing than the early speed-talking hip hop. Yet, all three could take voice lessons from Phillipa Soo (Eliza Schuyler) and Renee Elise Goldsberry (Angelica Schuyler), both so smooth.

Taped in June 2016 at The Richard Rogers Theatre, Hamilton 2020 cost Disney $75 million. Maybe that’s cheap when you consider their new Mulan movie budgets at $200 million. So why did Disney release Hamilton on Disney+ rather than the original planned theatrical release in October 2021? Isn’t COVID-19 the opportune time to get subscribers to your streaming channel?

The Minneapolis Star Tribune agrees with me that “seeing it at home is not the same as in a theater but the Disney+ presentation nicely approximates the live experience.” The Associated Press notes the advantages of film. “Kail’s camera captures actors’ intimate faces during key moments in a way impossible for theater-goers . . .”

I’ve now seen Hamilton twice and realize how much I missed the first time. This is one of those gems that you can watch over and over and pick up something new. I’m certain that I will tune in again, soon.