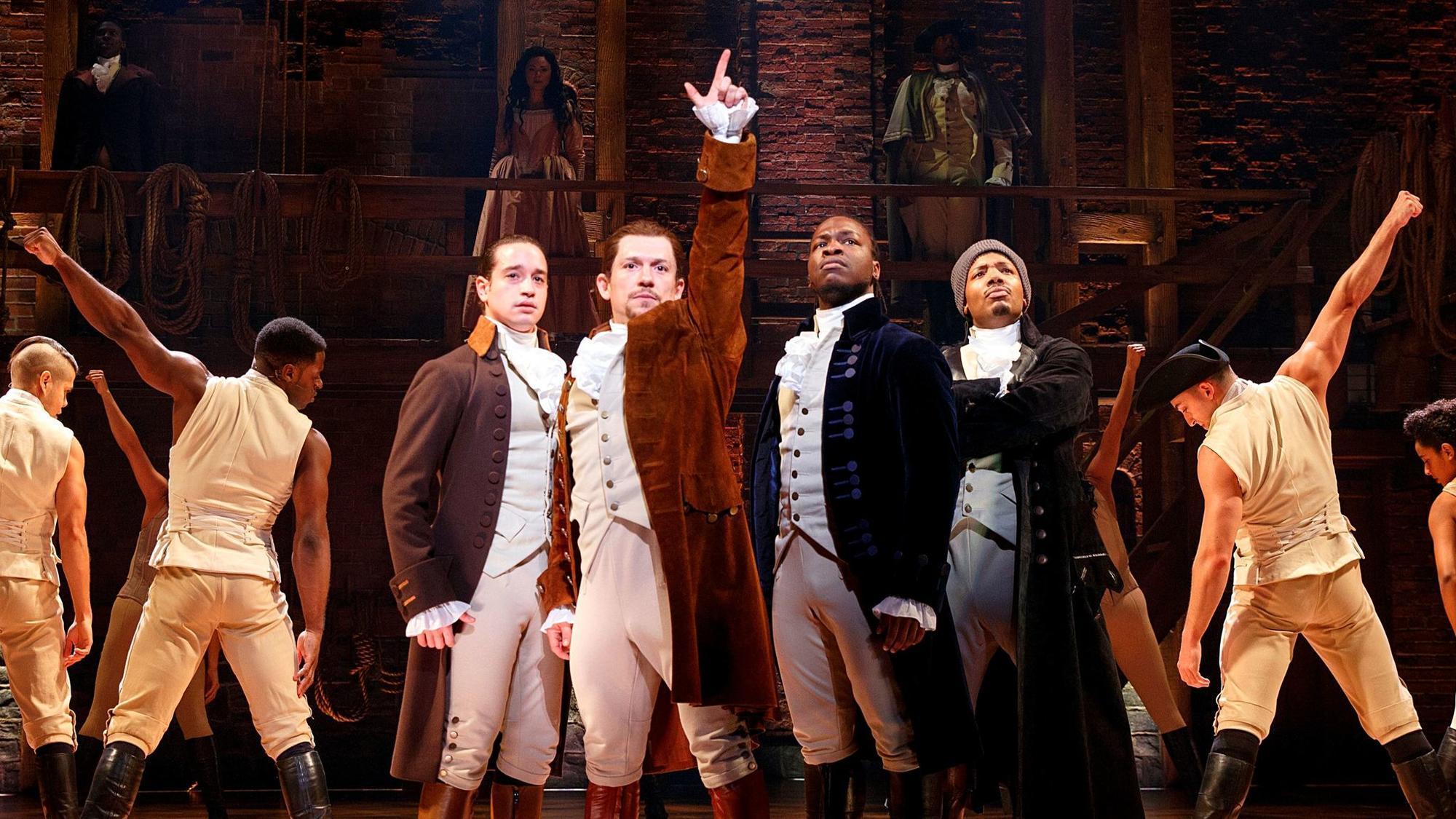 Fast and Furious is the only way to describe the man and the musical that is Hamilton. Alexander Hamilton is impatient, a workaholic, a man with grand ideas. His words, those of Lin Manuel Miranda, come at the rate of 144 per minute for this 2 hour 23 minute musical, nearly twice as fast as the runner-up. Hamilton is a tour de force, but can the mind really comprehend all that comes at you in such rapid fashion? This is an expensive ticket. To enhance your enjoyment, I highly recommend you download the synopsis and the lyrics (mind you, it is lengthy) prior to viewing. Hamilton is an experience like no other. Enjoy!

Who is this orphan, with no money and no prospects, that becomes the right hand man of George Washington? How does Hamilton convince political foe, Thomas Jefferson, to support a national banking system? And, why does this “friend” of Aaron Burr meet him in a duel in New Jersey? Meet the women (The Schuyler sisters and Maria Reynolds) that shape the direction of Hamilton’s life.

Hamilton, Washington, Burr, and Eliza Schuyler, all have terrific voices. There is no spoken dialogue. But the two characters who really stand out, due to the comedic nature of their characters, are King George and Thomas Jefferson. Unforgettable is the word that comes to mind.

For those of you not into hip-hop, rest assured that there is a variety of music in this show. The first 35 minutes of the musical was good, not great. Then, it starts to gain momentum. By the end, you are ready to read the biography of this fascinating character. The Chicago version is outstanding. Would I spend another $195/ticket to see it a second time? (Actually, these were a Christmas gift.) Probably not. But a more reasonable $100? Probably, yes. So, save up your money, and try to find a ticket. It is that good! As for me, I await the movie, reportedly out in 2020.