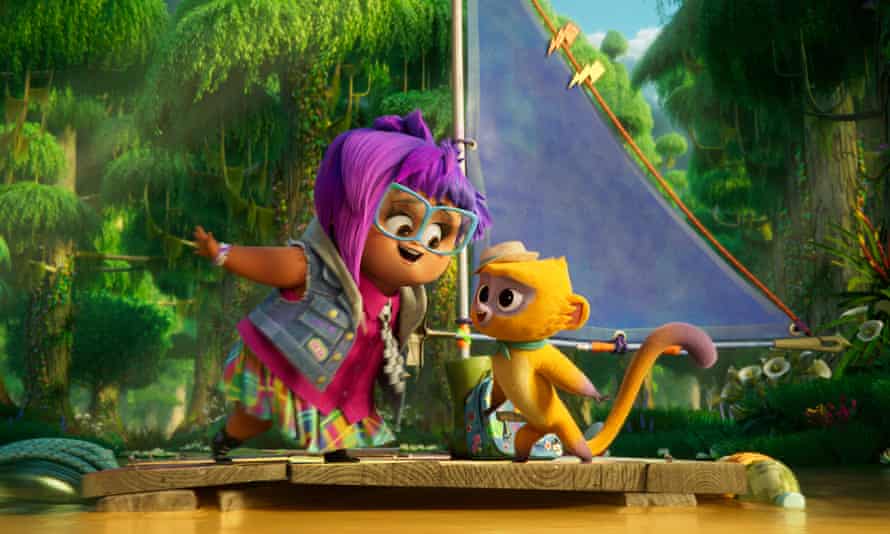 Vivo is just another example of nothing succeeds like success. Lin-Manuel Miranda tries to get his idea of a musical animation made by DreamWorks back in 2010. Funny how it goes nowhere until Hamilton hits it big in 2015. Sony acquires the project in 2016, combines it with another original idea, and gets Miranda to write eleven new songs. Now, on the tail of In The Heights, Miranda, Sony, and Netflix add another quality film to their collection. Without much fanfare, Vivo is a gem, suitable for kids, grandparents and those in-between. Careful though, as the ending just might bring a tear to your eye.

From Havana to Key West, and the Everglades to Miami, Vivo takes the viewer on a ride filled with songs only Miranda seems to be able to piece together. Vivo is a cute kinkajou, a rainforest mammal also known as a “honey bear.” (Will your child want one for Christmas?) At first, I thought the film would be so much better live-action and with better animation, think Disney. Then, after we meet Gabi and the Sand Dollars, the film really picks up both in story and in color. Who are the Sand Dollars? They are an environmentally conscious girl-scout troop hell-bent on shaming everyone in their path. In other words, they are a hoot. I give Vivo 4.0 Gavels and it receives an 88% Rotten Tomatoes rating with an early 6.9/10 IMDb score.

Sixty years ago, Andres Gonzales allowed his singing partner, Marta, to go to Miami without telling her his love. In her honor, he wrote one last song. Now, she is about to retire and asks him to join her for one final concert. Vivo, Andres’ new “partner,” has no desire to leave Havana and knows nothing of Marta. Finally, remembering how one song changed his life, Vivo readies himself for Miami. Except, Andres passes before the night is over. Now, Vivo must get Andres’ song to Marta in less than 24 hours. Can Andres’ annoying grand-niece, Gabi, really be of any help?

Besides Miranda as the voice of Vivo, you may recognize the vocal chords or Zoe Saldana (Avengers) and Gloria Estefan as Gabi’s mom and Marta, respectively. In her first major film, Ynairaly Simo voices the purple-haired Gabi. Absent the song-writing, could she be the thirteen year old, female version of Miranda? It’s a shame but Lutador, the green anaconda, doesn’t get to sing. However, the spoonbills do get their own song.

In particular, One More Song and My Own Drum are quite catchy. How do the Sand Dollars raise money for their environmental causes? You guessed it. They sell cookies, which is not exactly Gabi’s forte. So, “hold onto your cookies” may be the biggest laugh line of the film. If nothing else, your children will learn the five P’s. Proper planning prevents poor performance.

“For my money…Lin-Manuel Miranda’s best musical outing of the summer.” Movie Nation

“Mindbogglingly, most of Miranda’s endless string of projects are good-to-great, not vanilla corporate garbage, and the sweet new animated movie Vivo is no exception.” New York Post

Like many movies this summer, Vivo is a film of regret, not saying “I love you,” not being supportive. But the universal theme of “making it right” plays well here, as well as in the others. Sony made this one right.