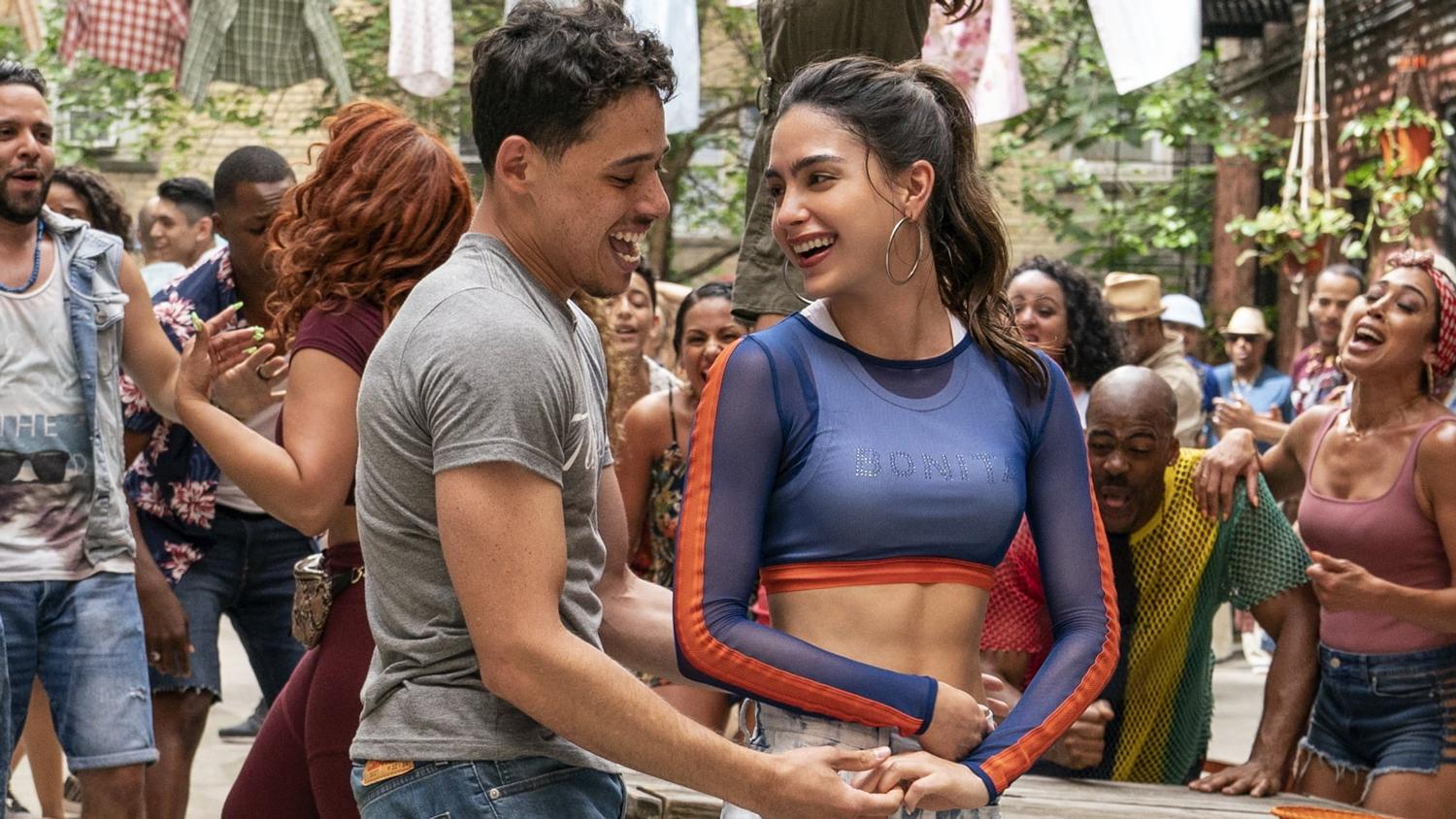 Perhaps not quite the equal of Hamilton, but In The Heights is in the neighborhood. Music, dancing, storyline, it has it all. In 2008, In The Heights gets nominations for thirteen Tony Awards, winning four, including Best Musical and Best Choreography. The film leaves nothing behind on Broadway. Like in Hamilton, Lin-Manuel Miranda‘s lyrics come at you fast and furious, but always with a purpose. The opening song, entitled In The Heights, sets the stage. Washington Heights is becoming gentrified. Rich folk are forcing up prices. If dreams are to come to pass, it looks doubtful they will happen in Washington Heights.

Beautifully filmed against the backdrop of the George Washington bridge and wonderfully choreographed on the streets of New York City, these “unknowns” will soon become household names. Universal wanted Shakira or Jennifer Lopez. Eventually, Warner Bros. bought the rights for $50 million and set the movie budget at $55 million. Some changes were made, including several references to DACA. Director Jon M. Chu of Crazy Rich Asians is added and everything falls into place. Never mind the fact that In the Heights was set for release a year ago. It’s here now and worth the wait. I give the film 4.5 Gavels and it receives a 97% Rotten Tomatoes rating with an early 6.9/10 IMDB score. Expect that score to rise significantly.

Usnavi dreams of opening a bar on his father’s beach in the Dominican Republic. Vanessa hopes to become a fashion designer in Manhattan. Benny is certain that he will one day own his own business. Nina carries the hopes of the barrio as she tries to fit in at Stanford. But, if Usnavi leaves, who will look after his cousin, Sonny? Vanessa can’t pass a credit check to get an apartment downtown. Nina’s father can’t afford Stanford unless he sells his business. And that is where Benny works as a dispatcher. The block is disappearing.

Anthony Ramos (Honest Thief) puts on a powerhouse performance as Usnavi. The genesis of his name is one of the cuter moments of the film. No less noticeable is Leslie Grace as Nina Rosario. You can easily see why she is the face of Colgate toothpaste, but her singing is even better. In a photo finish, just behind is Melissa Barrera as Vanessa Morales. Her dance in The Club will certainly catch your attention.

By now, you’ve ascertained that In The Heights is about dreams, dashed hopes, resilience, neighborhood and home. Toss in a couple of dashes of love and Miranda’s musical delivers. For those who saw it on the stage, I hope it still resonates for you. I do note that the added microaggressions occurring at Stanford seem forced. It’s believable that Nina was homesick 3000 miles from home but less so that she was unable to find a “community.” Those few missteps can easily be overlooked given the overall quality production.

“What Chu and Miranda have made may be the ultimate summer movie – but one without explosions, superheroes, aliens and disasters. Instead, glowing like an August sunset, In the Heights mirrors the shimmering optimism of the season itself.” Houston Chronicle

“In a pleasant way, it felt like a feature-length version of that moment in Fame when all the kids start dancing and singing around the yellow cab outside New York’s High School of Performing Arts.” Guardian

I watched on HBO Max, but this may be even better on the big screen. Either way, go for it!