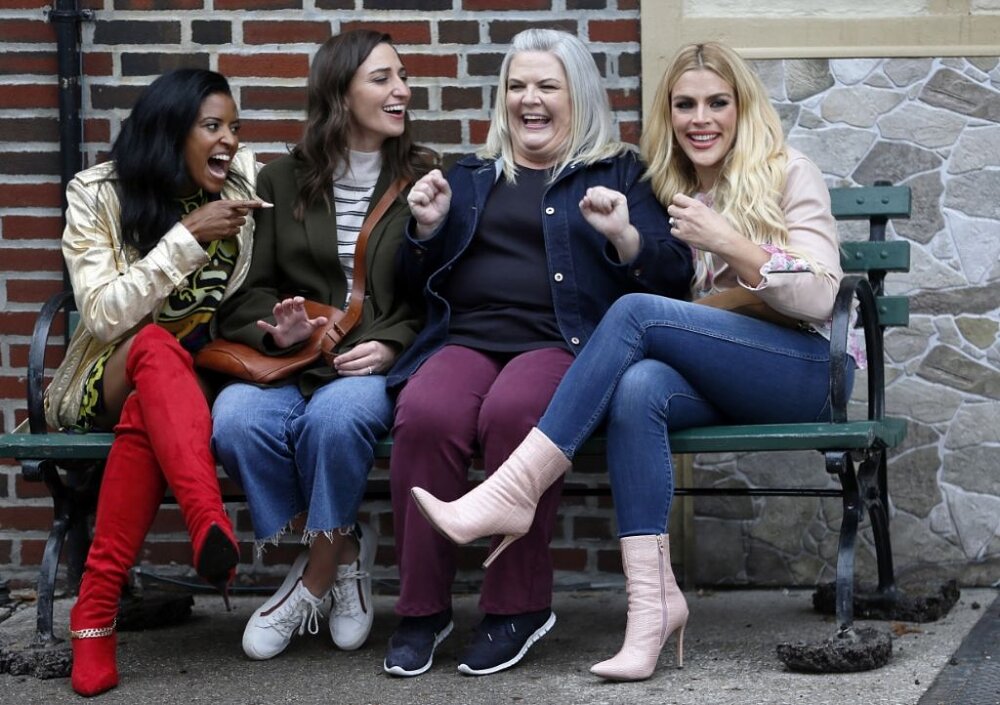 Peacock proclaims that it, and by extension Girls5eva, is “Can’t Not Watch” TV. Certainly, NBC couldn’t re-use the worn-out “Must-See TV” slogan of the parent station. But, it seems a sign of the times to butcher the King’s English. Despite it’s lofty 100% Rotten Tomatoes rating, the first episode of Girls5eva is more Tina Fey/SNL type nonsense. Like the title of the show, the writers produce new words like “fempire,” and “mogulprenuer,” but to what end? While some may find sensitivity-trained former manager, Larry, funny, I found him icky. Sort of like this double entendre line, “I shoot geese at the airport and get paid by the goose.”

Nevermind the silly and slightly risque comedy, Girls5eva lists as a musical-comedy. In the first of eight episodes, they sing very little and definitely not the quality in Sara Bareilles’ Little Voice. Granted, her songs are on the horizon and the critics likely viewed more than one episode, but lead with your best to grab the audience. Finally, does the premise match the characters? These girls were a one-hit wonder in the 1990’s. These actors ages range from 41 to 58. Only Renee Elise Goldsberry (at age 50) seems to fit. In any case, well over the age 35, can Girls5eva make a comeback? I didn’t get the hook. Girls5eva gets 3.0 Gavels and receives a very early 7.4/10 IMDb score.

Rapper Lil Stinker resurrects a Girls5eva song from the distant past. Dawn, Summer, Gloria, and Wickie no longer remain in touch. Former manager Larry has royalty checks of $382 for each which must be cashed in two days. Summer and Gloria jump at a chance to re-live the glory days, but Wickie moved on to much more lucrative endeavors. Will she return for a chance to be back-up singers to Lil Stinker on The Jimmy Fallon Show? Is there a market for four grown ladies trying to be pop stars?

Paula Pell plays Gloria as a Melissa McCarthy knockoff. Busy Phillipps should get an Emmy for most facial expressions as Summer. Neither of those are good things. Renee Elise Goldsberry (Hamilton) and Sara Bareilles (Little Voice) are the reasons to stay. Wickie and Dawn both have room to blossom if the writers give them the opportunity. On the other hand, the dialogue thus far gives me little hope.

Did I miss something with Girls5eva? Or, is this just another Tina Fey love-fest by the critics?

“Girls5eva isn’t a perfect show. But like its characters, it’s trying.” Arizona Republic

“It’s all endearingly daffy, even if keeping up with the logic behind each joke can sometimes feel like work. Though Fey and Carlock aren’t the creators, their stuff generally takes a while to gel, and that’s the case here.” Rolling Stone

The jokes are rapid-fire and daffy, but not enough interest here to go Peacock Premium. I’ll skip this comeback and come back another time.