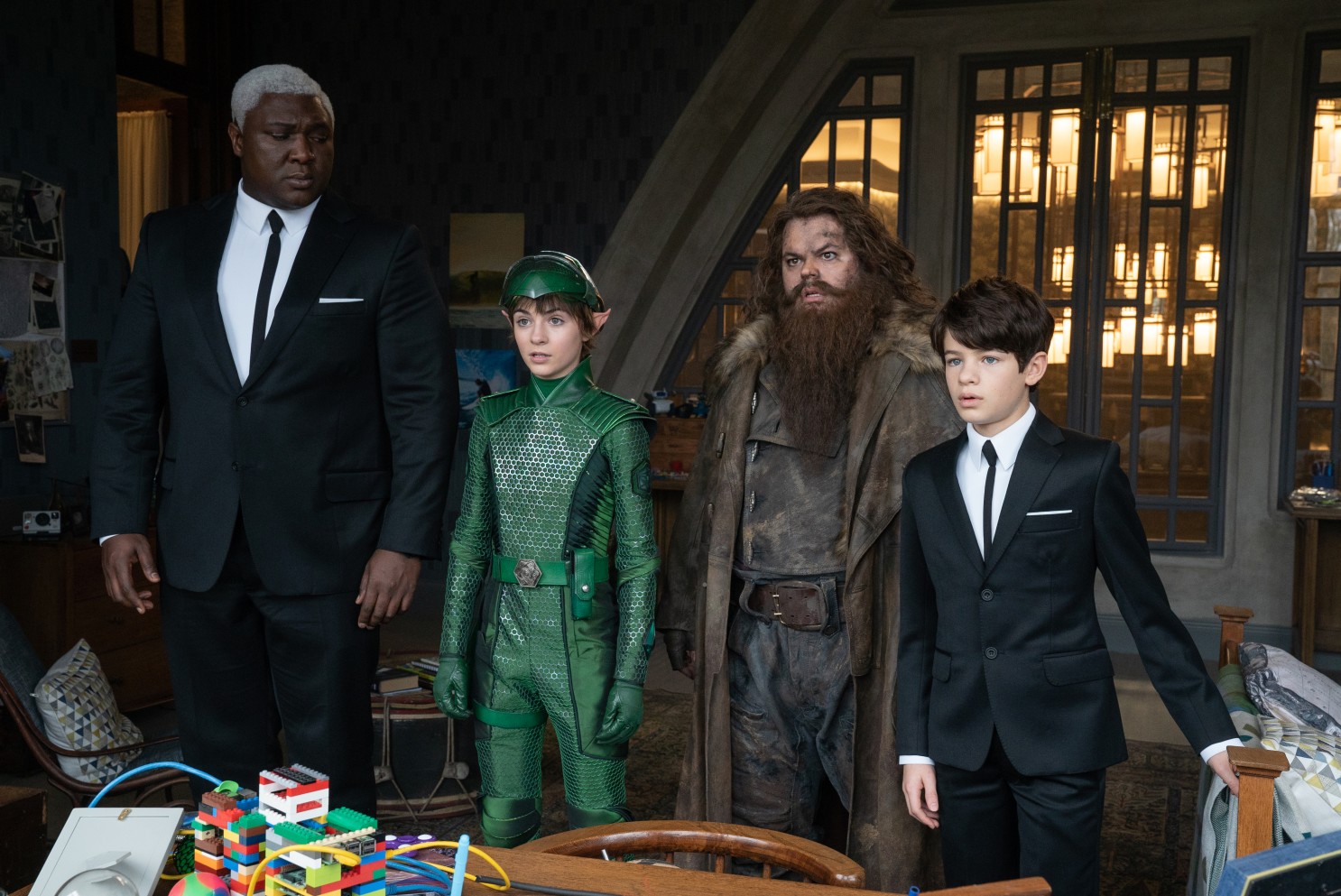 Will Disney re-name Artemis Fowl “The Case of the Bungled $125 Million?” Warned that the film would leave “newcomers befuddled,” I read the synopsis prior to watching the movie. Mrs. TMJ did not. Still, neither of us had any problem following the creative plot. Perhaps, Artemis Fowl “angers fans” of the books, but for me, like Mikey and Life cereal, “he likes it!” This Disney+ picture is a visual treat, bright and colorful, with trolls and goblins, and, of course, fairies. With the magic, you get a touch of Star Wars and a pinch of Men in Black. Mostly, you find a world beneath the Earth that we humans did not know exists. And, we find that the Haven City is much different that we thought. I give Artemis Fowl 4.0 Gavels and it receives a terrible 9% Rotten Tomatoes rating with a not-much-better 22% Audience score.

Twelve-year old Artemis Fowl II loves his father’s stories so much, but he knows that fairies are not real. When his father is kidnapped by disgruntled fairy, Opal Koboi, Artemis finds out that his father hides many secrets in the basement. Accused of being a criminal mastermind, Artemis Fowl I received the stolen Aculus from fairy Beechwood Short. The Aculus is the most dangerous weapon in the world, if used improperly, able to wipe out humankind. Like Artemis Fowl II, eighty-four year old fairy Holly Short, wishes to clear her father’s name. Events beyond their control bring Holly and Artemis together. But, can they trust each other?

Ferdia Shaw, as Artemis Fowl II, may be the most disappointing part of the film, too inconsistent for the role. At the opposite end of the spectrum, Lara McDonnell is the scene stealer, Holly Short. Although eighty-four in fairy years, she is much closer to twelve in human years. Josh Gad (Mulch Diggums), Colin Farrell (Artemis Fowl I), and Judi Dench (Commander Julius Root) round out the name cast. Mulch notes that he and Root “grunt at each other like a pair of hippos with a throat infection.” Quite funny!

Are fairies beautiful dreams or living nightmares? Is Artemis Fowl an uncommon thief or a peacekeeper? Moreover, are critics victims of the herd mentality or is Artemis Fowl that bad? The Rolling Stone writes “this failed Harry Potter wannabe replaces the naughty fun of Eoin Colfer’s YA novels about a 12-year-old criminal mastermind with a dramatically inert and emotionally empty film facsimile.” Yet, The Chicago Sun-Times found it “warm and funny and entertaining…” To me, the critics often look too hard to find fault with Disney. As a new entry to the Disney catalog, this is easy pickings. Critics are certain that the streaming of Artemis means that there will be no franchise. Actually, I was looking forward to the next episode. Time will tell.