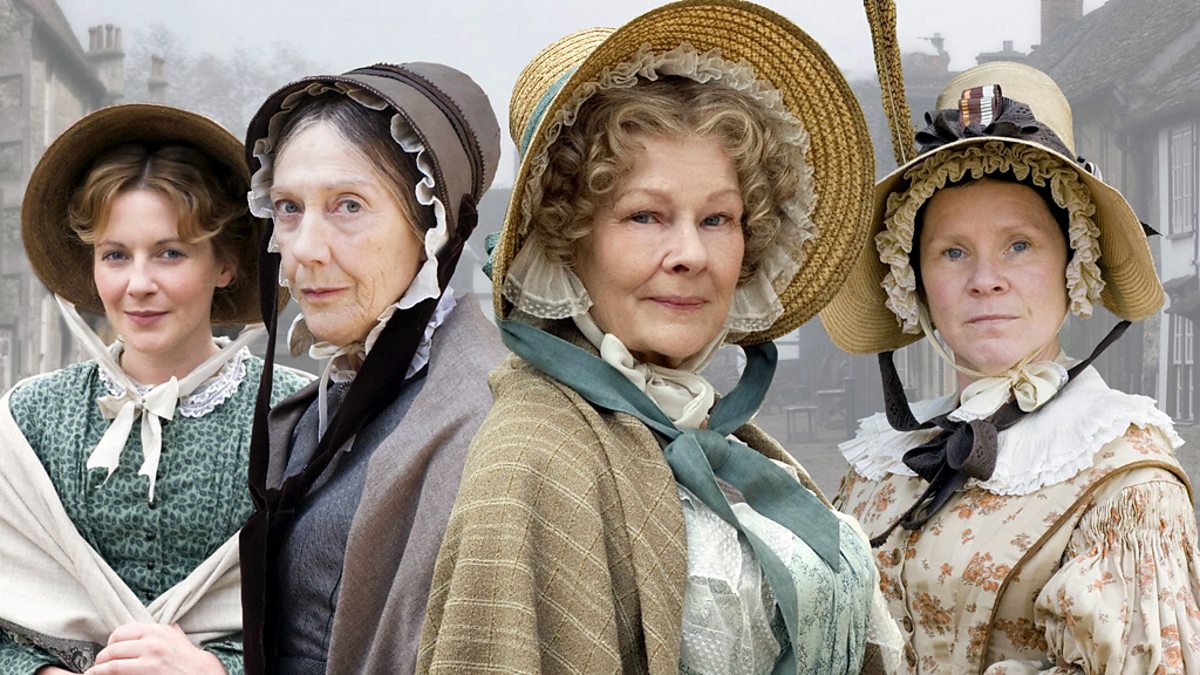 Judi Dench (Artemis Fowl, M in 007 movies) is well-known; Eileen Atkins (Doc Martin) less so. In Cranford, as spinster sisters, they put on a clinic. In 1842, fictional Cranford is a town that lives in the past. Should you try to change anything, rest assured that the town gossips will soon put you in your place. And, they are everywhere. Adapted from three novellas published between 1849 and 1858, the author throws characters at you faster than you can absorb them. Still, this sweet, little town, just 12 miles from Manchester, is about to undergo great change.

It is the women who hold dear to the past. What will they make of the young Dr. Harrison and his newfangled medicine? Captain Brown seems respectable enough until he becomes part of an attempt to bring the railroad to Cranford. Why is it that educating girls and the poor seems so subversive? This is a different time, when the memory of the French Revolution is strong in the minds of the upper class. As a British period piece, this is a good one. I give it 4.0 Gavels and it receives a terrific 8.3/10 IMDb score.

Deborah and Mattie Jenkyns, well-versed in propriety and manners, set the tone for Cranford. Mary Smith, their newly arrived niece from Manchester, will not upset their regimen. The same can’t be said for the the recent arrival of Dr. Harrison, and Captain Brown and his two daughters. Dr, Harrison insists upon saving an arm rather than amputation. Capt. Brown asks Deborah to watch over his sickly daughter while he is off on business. When the daughter passes, her sister demands walking behind the hearse, although only men attend funerals. Contrary to convention, Deborah walks with her. Times are a changin’ in Cranford.

Eileen Atkins wins an Emmy for her role as Deborah. With a nod and a slight change in the tone of her voice, she is not to be messed with. In a town full of gossips, Imelda Staunton (The Crown) is the queen of the lot as Miss Pole. Before Jim Carter was Charles Carson in Downton Abbey, he is unmistakably similar as Captain Brown here. The two lovebirds are Simon Woods and Kimberley Nixon as Dr. Harrison and Sophy Hutton. The excellent ensemble cast includes Michael Gambon and Lesley Manville.

Is the railroad the “architect of destruction? It will encourage the lower classes to move around.” Such thought processes are medieval today. Almost as medieval as Mr. Carter bemoaning to ten year old Harry, “I am sorry that you are punished for learning.” In the end, these turn out to be good-hearted people, worthy of a Christmas Return To Cranford.

The Guardian gushes “and my God there is no doubting the astonishing quality of the cast which is so stellar it could probably engineer a Big Bang all of its own.” Empire Online says simply, “Gorgeous stuff.” After the first of five episodes, I was not sold. Now, I’m ready for the final three episodes of Season Two, available on Amazon.