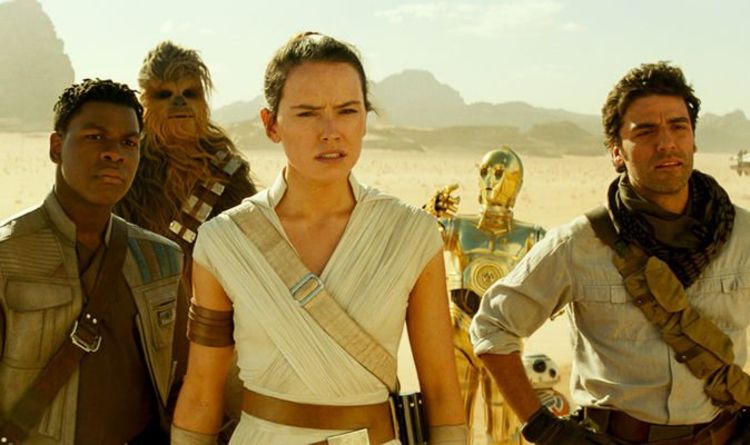 Welcome to 42 years of nostalgia! The strength of Star Wars: The Rise of Skywalker is, in many ways, its weakness. J. J. Abrams (director) returns a number of familiar characters, and scenes, to remind us why we followed this saga for lo these many years. In so doing, the repetition creates familiarity rather than wonderment. Yes, new “friends” and worlds abound but the trip through yesterday has its risks. In trying to wind up this iconic series, no one is going to be completely satisfied. Woe be to the poor soul who wanders in for his/her first Star Wars movie and tries to figure out what is going on. Still, Abrams gives us a solid, if not spectacular, ending. This Star Wars fan gives the film 4 Gavels and it receives a 57% Rotten Tomatoes rating with an 86% Audience score.

Rey, Finn, and Poe Dameron discover that Kylo Ren and Palpatine (Darth Sidious) plan a final attack on The Resistance. Ren must kill Rey before she completes her Jedi training. Rey learns that Palpatine is on the planet Exegol, but no one knows its location. Who will find whom first?

Daisy Ridley returns as Rey and Adam Driver as Kylo Ren. Both can grimace with the best of them, but it is their backstories that provide the backbone of the film. John Boyega (Finn) and Oscar Isaac (Poe Dameron) form the new counterparts to Luke Skywalker and Han Solo. Neither is as good as the original.

“The First Order wants you to believe that you are alone. We are not alone.” Thus, you now know the premise of Star Wars: The Rise of Skywalker, i.e., divide and conquer. No different than Fast and Furious franchise, “we are family” rules the day! With a budget estimated between $250- $300 million, it expects to gross $450 million worldwide this weekend. At that rate, will it hit $1 billion by January 1st?

One of the new parts, Zorii Bliss, a love interest of Poe, is acted by Keri Russell. Or, so they tell us, because we only see her behind a mask except for a brief glimpse of her eyes. How do we know it’s not a stand-in? Do you get paid less if we can’t see your face? Regardless what the critics think of Star Wars: The Rise of Skywalker, the visuals and the memories make it all worthwhile. Now, on to The Mandalorian!