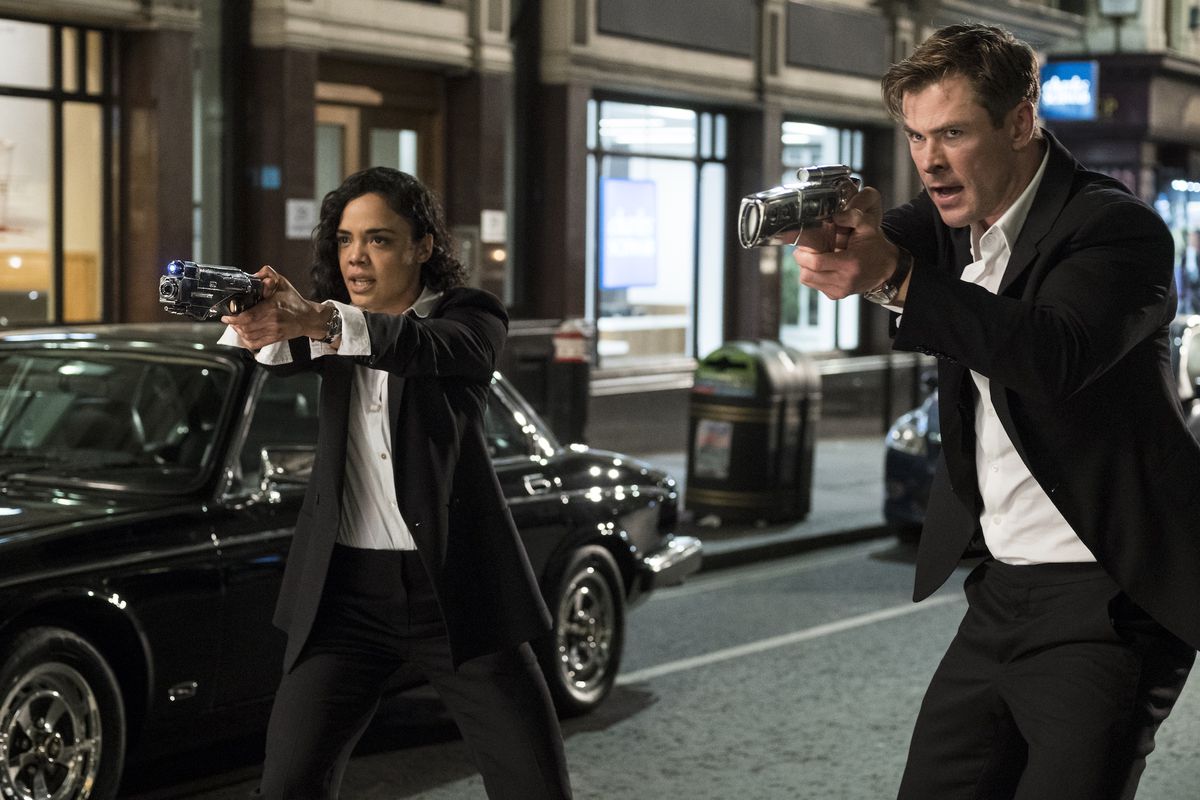 Inventive gadgets, creative aliens, and colorful scenes populate Men in Black: International, just like the original. Most critics bemoan the lack of originality, but I found it to be a nice summer diversion. Pawny, pledged to protect his newfound queen, is a nice addition, ever present with a funny quip. The Rotten Tomatoes rating is only 26% but I give this movie 4 Gavels with a 78% Audience score as of this writing.

In 1996, an alien visits Molly’s home. MIB erases her parents’ memories but Molly helps the alien escape. Twenty years later, she tracks down MIB headquarters in New York and convinces Agent O to make her a probationary agent. O sends her to London where she is paired with world-saving Agent H. Detailed to protect an alien, the attack turns deadly. A trip to Marrakech brings more intrigue.

Chris Hemsworth and Tessa Thompson are agents H and M. One critic opined that it reminded him of a clothing store. Well-dressed and with chemistry, they make a nice pairing. Kumail Nanjiani, voicing Pawny (above), is the scene-stealer. Emma Thompson and Liam Neeson are agents O and High T, the heads of the US and British MIB branches. Rebecca Ferguson is a multi-armed alien.

Last week, Dark Phoenix received unflattering reviews and reportedly will lose $100 million. Will the bad reviews cause Men in Black: International to stay in the red? Made at a cost of $110 million, it projects to earn that back this weekend worldwide. Admittedly, few seats were filled for a Thursday afternoon showing. Is this one as good as MIB I? No. But, it is much better than MIB II and III. If Tessa and Emma star, why do they still call it Men in Black? Expect the writers to jest on that! Bottom line — let me play with some of those toys (see below). It looks like fun!