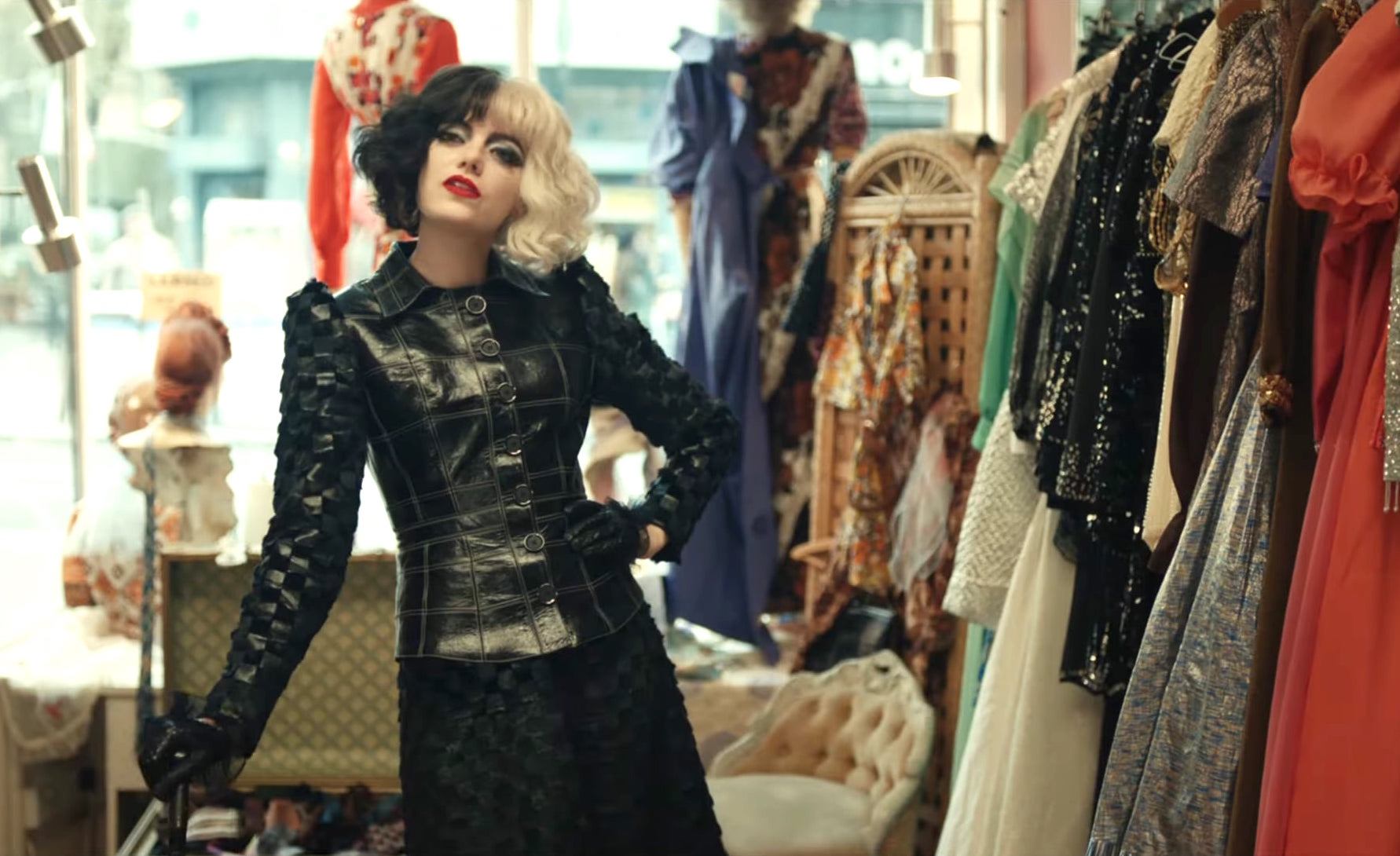 If, in fact, you have to have a little devil in you to enjoy, Cruella de Vil, then Disney’s box office take should be quite plentiful. After all, the backstory of Joker earned over $1 billion. Just how does a little girl who wants nothing more than to be a fashion designer end up being so Cruella? And, what is it about dalmatians that possesses her? Aren’t you just a little curious about Roger and Pongo and Anita and Perdita? When the credits start to roll, hang in there a little longer. Overall, I’d say the pairing of Emma Stone and Emma Thompson was quite . . . devilish.

As Cruella and Baroness von Hellman sling insults and upstage each other, it’s easy to get lost in the humor. Both deserve it. But, don’t forget about the sumptuous costumes and the music. They are top-notch. From her childhood, Estella knew she was different, exceptional, if you will. Just why couldn’t others see it? Why would the supervisor at Liberty of London, the pinnacle of fashion in the 70’s, make her swab floors? Couldn’t he see her potential, more “window girl” than “grubby girl.” Finally, Baroness von Hellman takes notice. Estella will be mentored by the queen of the House of Baroness. Something about the Baroness will bring out the Cruella in Estella. I give the film 4.0 Gavels and it receives a 73% Rotten Tomatoes rating, and 97% Audience and 7.4/10 IMDb scores.

Is Estella the “genius girl who turns into the stupid girl who gets her mother killed.” On the way to London, mom stops at Hellman Hall for a little help from the Baroness. Instead, she tragically dies in a fall off a cliff. Now orphaned, young Estella makes her way to London where she meets equally young thieves, Jasper and Horace. Quickly, she becomes the innocent/distractor educated in the world of crime, skills that are quite useful some ten years later. When Estella sees the Baroness wearing her mother’s necklace, revenge becomes the sixth stage of grief. Let the fun begin!

When I think Cruella, I think more Glenn Close than I think Emma Stone (The Croods, The Favourite). I was wrong. Close is old Cruella; Stone is perfect young Cruella. Do not miss the scene where her white outfit fires to red! Of course, Emma Thompson (Last Christmas, MIB; Int’l) could easily be old Cruella. But why? In the Baroness, she creates, arguably, an even better character. Can the Baroness be even more cruel than Cruella?

For a show about high fashion, low-tech garbage trucks play an important role. What better way to trash your competitor’s latest creations, plus evade the cops? If the Grinch’s heart was two sizes too small, where does that put those in Cruella and the Baroness? Still, eventually Cruella realizes that she has, and needs, a family. That sets up a sequel very well. As for the Baroness, “you can always trust someone evil to do something evil. They are so predictable.”

“With a wickedly impressive fashion sense, an electric retro soundtrack and its sinfully entertaining title character, Cruella is the coolest Disney film in forever.” USA Today

“It’s one of the best triumph-of-evil movies to come along in years – not quite as masterful as The Godfather Part II, perhaps, but certainly miles above Joker or Birds of Prey.” Newsday

Does Cruella just “want to be understood?’ Was she “born to be bad.” Put this one down in the much better-than-expected category.