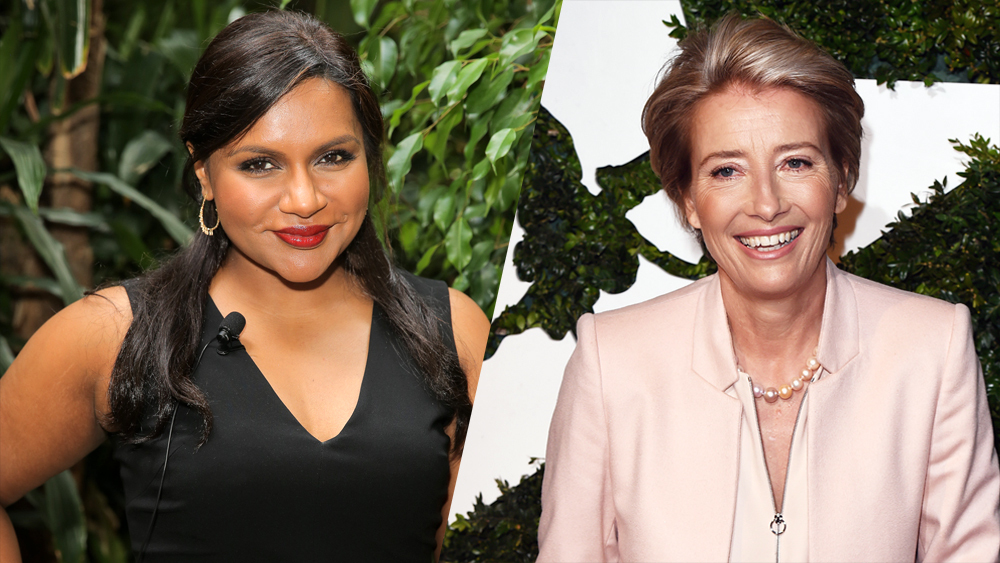 The smartest “man” in the Late Night TV room is a woman. But what happens when, after 28 years, her comedy turns “educational,” her humor trends to the acerbic, her demeanor feels aloof, and ratings move south? Don’t expect lots of Late Night jokes as Mindy Kaling proves she is a writer, not an SNL gross-out, gag-scene copycat. Likewise, Emma Thompson is absolutely fantastic in the lead role as the demanding, sometimes mean, talk-show host, a role usually more associated with Meryl Streep. I give this movie 4 Gavels and it has an 81% Rotten Tomatoes rating with an 85% Audience score.

Katherine Newbury is the only female late night TV host; her staff is all white and male. When word comes that she is no longer relevant, she demands change, in the form of diversity. Molly Patel checks all the boxes, but, with no experience how will she fit in? Hired to shake things up, should she fit in? Who is Molly Patel to tell multi-Emmy award winning Katherine Newbury that she must open up to the audience and, egads, accept social media?

If Mindy Kaling truly wrote the part of Katherine Newbury for Emma Thompson, it was a stroke of brilliance. Watch her this weekend in Men in Black: International and compare. In MIB, she is sleepwalking in a nothing role; here she is vibrant, a mistress of her craft. In my opinion, Mindy Kaling is at the top of her craft as a writer, but alongside Emma Thompson as an actress, she is still a work in progress. In an understated, but effective performance, John Lithgow, as ailing husband Walter Newbury, is outstanding. Similarly, Amy Ryan, is notable as the new head of the network, determined to replace her Late Night host.

Predictably, the themes of “a woman must be ten times better than a man,” and “a diversity hire must be ten times better than a white male,” are prevalent. But, Kaling digs deeper. She touches the male angst about change. Roles are reversed. The men are afraid to confront the boss; they, too, need jobs. What about stress, the fear of letting others get too close, and sex in the workplace? If you listen closely, Mindy has a lot to say. No one will agree with everything she has to say, but her views come off as persuasive rather than insistent. Overall, Late Night is just more drama than comedy, more thoughtful than silly. Clearly, it’s the best movie of the weekend.

Given the serious topic of equality that the film seeks to address, I am reluctant to bring this up. We all know that substance trumps appearances. Yet, in a world where Ms. Newbury wants you to focus on her ideas, it is hard not to admire her taste in shoes. They are fabulous!