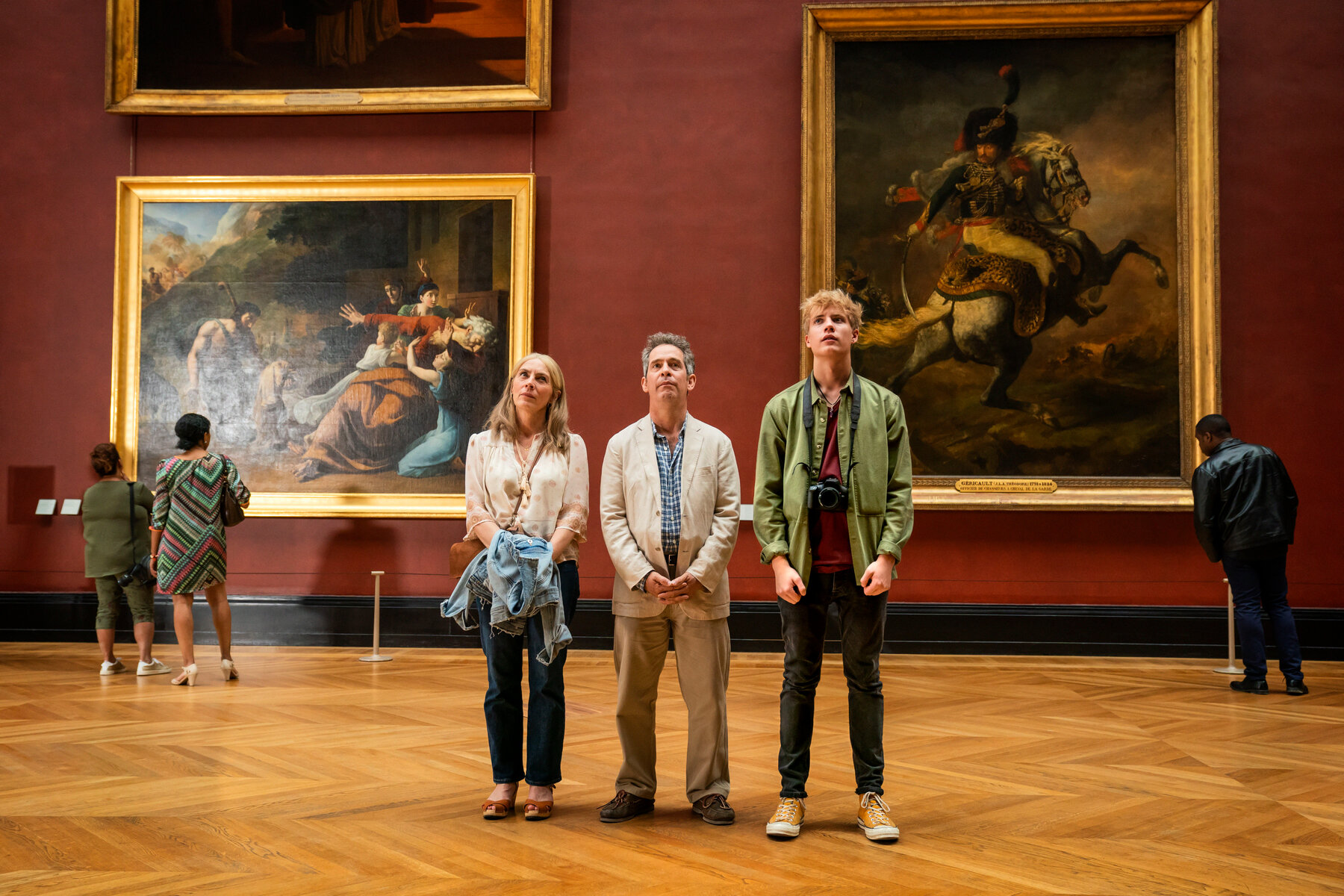 Us on Masterpiece asks “can this marriage be saved?” Moreover, can this family be saved? Based on a best-selling book, the four part series takes us from Paris to Amsterdam and Venice as Douglas tries to re-connect with his wife and son. After two episodes, we know of a “lost” daughter but not yet the circumstances. If there is to continue to be an Us, we also know that Douglas must change. But, is this strait laced, by-the-book biochemist capable of change. Connie and Albie are at the opposite end of the spectrum, artistic sorts, if you will. Detailed planning runs headfirst into spontaneity.

If anything can get you back into the mood to travel, the lovely scenes of the European cities will do the trick. There is a temptation to change the channel after the first few minutes of Us. Stay for the photography and let the characters slowly worm their way into your psyche. Connie believes the marriage has run its course after 25 years. Albie thinks he is a disappointment to his father. All this comes as a complete shock to Douglas, oblivious to the feelings of his family. These are miserable folks. Can a three week holiday solve their relationship problems? Starting slow but building up momentum, I give the the first two episodes 3.5 Gavels. The critics stand at 93% on Rotten Tomatoes and it receives a fine 7.4/10 IMDb score.

With Albie about to leave home for college, Douglas plans a six countries, twelve cities holiday. Initially hesitant to go, Connie changes her mind for Albie’s benefit. Feeling somewhat trapped, Albie explores Paris on his own and finds uninhibited Kat. Her presence is the catalyst for further division in the family. Flashbacks give hints of young Douglas and Connie. Can Connie find any remnants of the man she fell in love with so many years ago?

Tom Hollander (Bohemian Rhapsody, A Private War) stars as Douglas, confused but certain that science has the answer to bring his family back into the fold. Saskia Reeves (Wolf Hall, Belgravia) plays Connie, still in love but exasperated by the chasms in her life. Finally, Tom Taylor (Doctor Foster, The Kid Who Would Be King) is Albie. Douglas tells Albie “it is a mistake to believe you are special.” But is it?

In Venice, Douglas runs into Freja, alone and “celebrating her divorce.” She reminds Douglas that “Venice is a city where you are meant to get lost.” In Amsterdam, Kat has to prompt Douglas that it is the “party city.” So, just why can’t Douglas relax and let go? After all, he is on holiday. Of course, they are not aware that he is fighting to save his family.

“It’s a bittersweet story about a middle-aged couple considering a breakup, and it’s a spectacular travelogue as they and their teenage son travel through Europe. It also features a stellar performance by Tom Hollander.” Boston Globe

“Tom Hollander and Saskia Reeves do an excellent job of bringing depth to Douglas and Connie in a way that immediately makes you feel for their precarious situation.” Tell-Tale TV

Catch the final two episodes this Sunday on your local PBS channel. Despite their perilous circumstances at the end of episode two, It’s hard not to root for this trio. I’m all in!