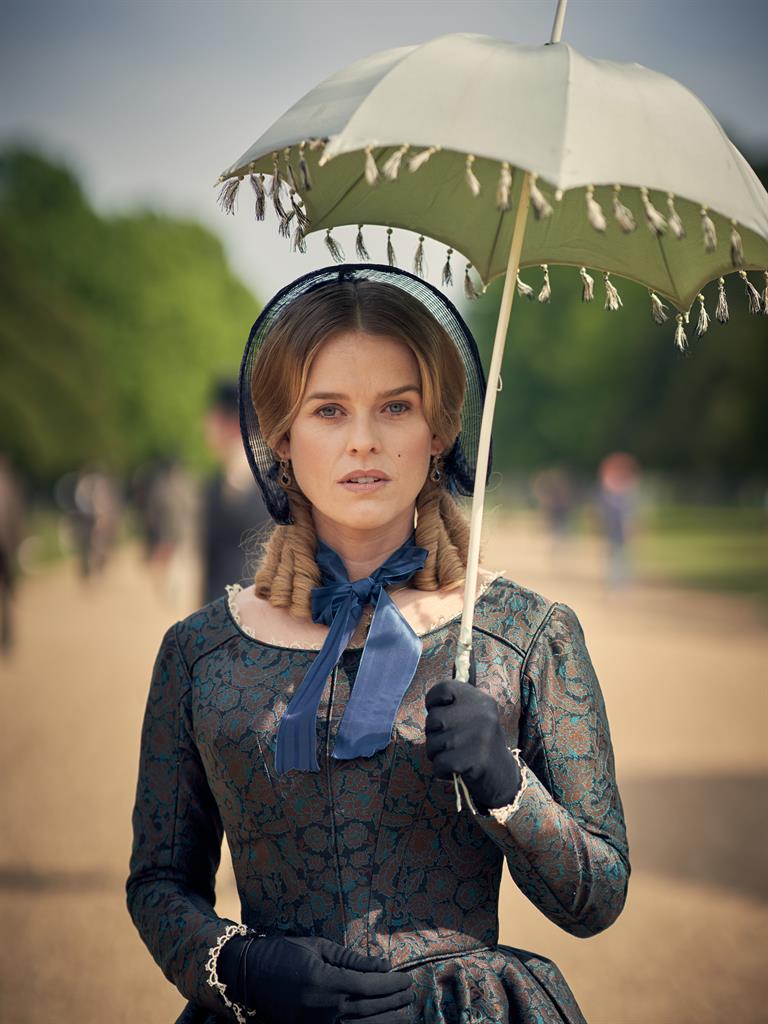 When AppleTV+ offered me Julian Fellowes and Belgravia, resistance was impossible. But “A Funny Thing Happened on the Way to the Forum” . . er . . . Downton Abbey . . . er . . . Belgravia. When offered a TV series, I check that I can watch the whole season at once. For example, I am currently recording Masterpiece Theater’s World on Fire for review. Anyway, Wikipedia told me that the sixth and last episode aired April 19th. I dutifully watched the first three episodes of Belgravia to find that was all AppleTV+ offered. Thinking I then needed to subscribe to the Epix Channel to get the remaining episodes, their site indicates that Episode Four airs May 3. So, if you are a Downton Abbey and The English Game junkie, you may wish to await May 18 to seek out Belgravia.

That said, Belgravia is not yet quite the equal of its predecessors. Yes, it has the grand setting, the sumptuous costumes, the clashes of class, the upstairs-downstairs gossip, and conversations laden with wit, and sometimes daggers. However, the viewer knows the secret right away, and the story drags a bit as the schemes, blackmail, and jealously play out over the three episodes. I tend to think that Fellowes tightens the ship, but as of now, the series gets 3.5 Gavels and it has a 70% Rotten Tomatoes rating with an early 100% Audience score. (Editor’s note: I upgraded my Gavel rating 5/18/20. Based on the last three episodes, Belgravia deserved it.)

Lord Edmund Bellasis tricks Sophia Trenchard, daughter of a merchant, into thinking they are married in a hastily arranged ceremony. He dies at the battle of Waterloo and she dies in childbirth. Unable to tolerate the scandal, James and Anne Trenchard give up the baby. Twenty six years later, the Trenchards are now a wealthy, respected couple living in Belgravia alongside the upper class. An afternoon tea brings a chance meeting of Anne and Edmund’s mother, the Countess of Brockenhurst. When the Countess reveals she has no direct heirs, Anne reveals the existence of their grandson, Charles Pope. Let the games begin!

Tamsin Grieg as Anne Trenchard, and Harriet Walker as the Countess are as much fun to watch as Anthony Hopkins and Jonathon Pryce in The Two Popes. These are two great British actresses at the top of their game. Although not entirely clear, it appears that Alice Eve (calculating daughter-in-law Susan Trenchard) and Ella Purnell (flirtatious Lady Maria Grey) may have a similar dynamic in the upcoming episodes.

“Gentlemen don’t earn their houses; they inherit them.” With that, Fellowes takes us back to London in the 1840’s. The regrets, the injustices, and the affairs are ready to pounce. “Belgravia is an entertainment, first and foremost — and a cracking good one at that — but it also serves as a biting critique of the unearned shame spurred by prejudice that severs our connection from those we love,” writes the critic for RogerEbert.com. “As a portrait of old and new moneyed wives navigating a world rapidly evolving under their feet – yet refusing to budge on social mores – the series is a smashing success,” notes another. While enjoying the pomp of this time gone past, we are most fortunate to avoid the circumstance of their snobbery. Fellowes likely thinks the more things change, the more they stay the same. Explore that thought on your trip to Belgravia.