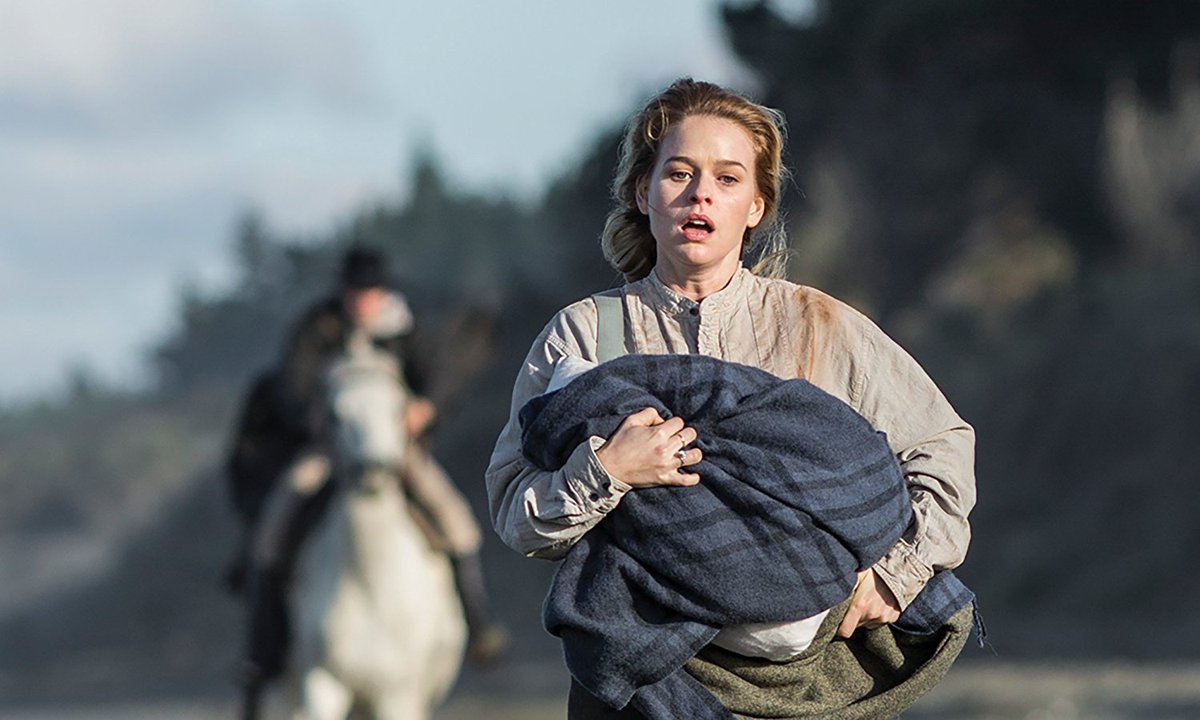 If you ever wonder whether Netflix et al might run out of material, I present The Stolen as “exhibit A.” I hereby declare 98 minutes of my time stolen. Put an English well-bred woman who hates guns into the “wilds” of New Zealand and you have the beginnings of a movie. Then, add the supposition that she will do anything to obtain the return of her child. Just what is anything? The Stolen puts our heroine through her paces but the dangers she faces are scenes without flow. With little background provided for any of the characters, there is little reason to become vested in them. This may be the worst movie I’ve seen to come out of Australia or New Zealand. I give The Stolen 1.5 Gavels and it receives a poor 5.2/10 IMDb score.

On the South Island of New Zealand in 1882, Charlotte Lockton tries to adjust to her new life. Pregnant, on her husband’s dream farm, she expected everything to be perfect. Three months later, thieves break into their house at nightfall. Finding insufficient monies, a gunfight ensues, her husband killed and child taken. A ransom note arrives and naive Charlotte travels with some unsavory characters and prostitutes to a far-flung gold mining town. She needs friends but who, in this lot, can you trust?

Recently appearing in Belgravia, Alice Eve never makes a convincing Charlotte Stockton. Graham McTavish, of Outlander fame, gets second billing and is the expected “friend.” Sadly, his time in the film is gone in a flash. Jack Davenport (The Morning Show) can’t figure out the part of Joshua McCullen, the Boss of Goldtown. Another of the English actors we see so often, that is highly unusual. I chalk it up to the haziness, and laziness, of the writers.

Just given the quality of these three actors, The Stolen should not be this bad. So, we must pass some of the blame to the director, but note that he is also a co-screenwriter. “The Stolen is pretty much an all-around disaster. The story defies logic at every turn,” screams Movie Chambers. Just to pile it on, Total Film adds “a western as inept as it is preposterous.” Potential is such a dangerous thing. Gorgeous New Zealand, attractive Alice Eve, and a kidnap tale on unfamiliar ground seems to have such promise. I would think this group will rue this missed opportunity.