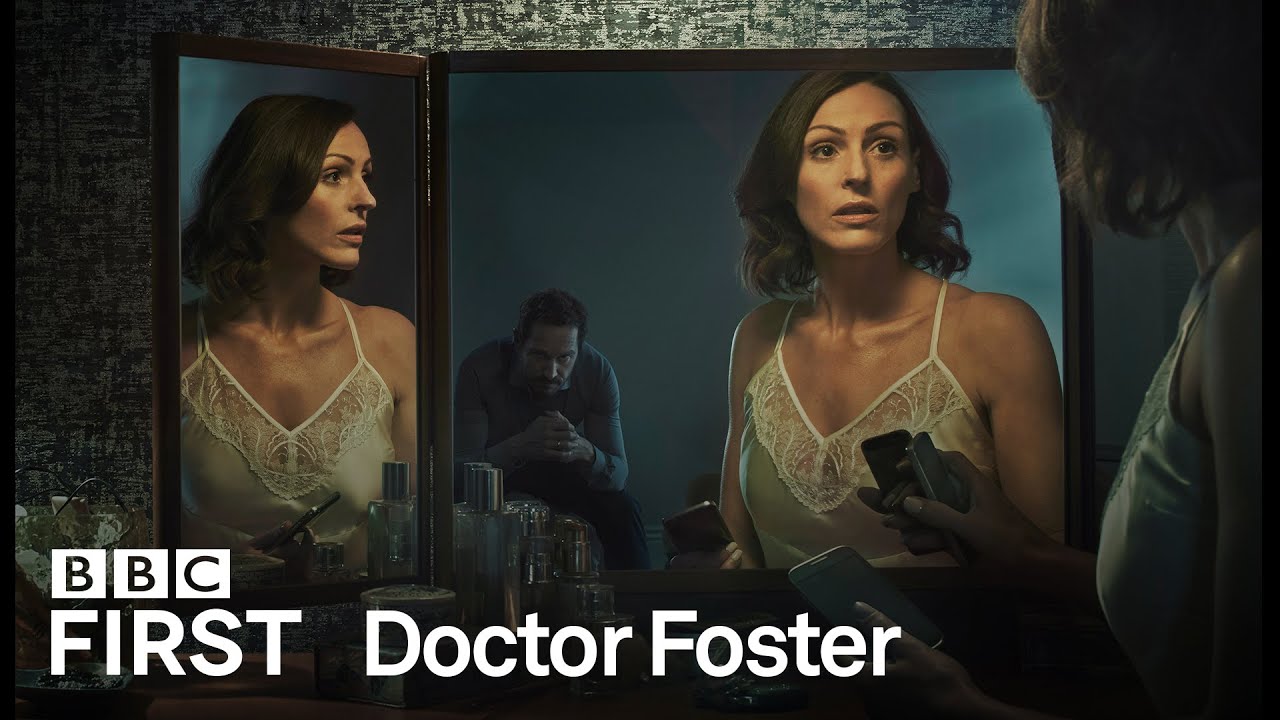 Willie Nelson and Julio Iglesias sing to “to all the girls I’ve loved before.” Perhaps not as catchy, here’s “to all the plays I’ve never seen before.” Did you know that Euripides’ Medea holds the record for the most Tony awards for the same female lead character? The story is that Medea is so mad at her cheating husband (Jason) that she kills her own children by him and his new wife. Is that messed up? And, what does this have to do with Doctor Foster?

Did you like Killing Eve? On the surface, it is about an analyst chasing an assassin. Underneath, it is the obsession that each have with the other. But, before Jodie Comer was the target of obsession in Killing Eve, she was the target in Doctor Foster. Based on Medea and some 2700 years later, Doctor Foster seeks revenge on her cheating husband, and her obsession causes her to become unhinged. I give this series 4 Gavels and the first season received a 90% Rotten Tomatoes rating.

Happily married with one son, Dr. Gemma Foster, a 37 year old GP In Parminster, England, discovers a condom, then a hair, not hers. Suspicious that her husband is having an affair, she takes risks in discovering whether it is true, and if so, with whom. Threats, extortion, seduction, blackmail are in play. Is there anything she won’t do for revenge? Is there anyone, including friends and acquaintances, who is safe?

Suranne Jones is Gemma Foster, winning four Best Actress awards in Britain for her performance. Pretending to be happy while tortured inside is a specialty of her craft. Bertie Carvel is the cheating 40 year old husband, Simon, about to suffer her wrath. Suitably slimy, he likely deserves most of it! Jodie Comer is the 23 year old mistress, Kate. This part made her a natural candidate for the part of Villanelle in Killing Eve.

You either like this genre or you don’t. What causes a well-educated, law-abiding Doctor Foster to go off the rails? Or, as one critic puts it, “to act like an utter fool?” Isn’t that the very core of obsession? She is wronged; she doesn’t want justice, she wants revenge. Seen on Netflix, there are 2 seasons, five episodes each. Originally aired in 2015 and 2017, a Season 3 is pending but would not air before 2020. BBC wants to do it, Netflix has the money, Doctor Foster gets awards, so I’d say it’s likely to happen. Looking for something to watch? Check it out. The last episode of Season One is particularly enticing!