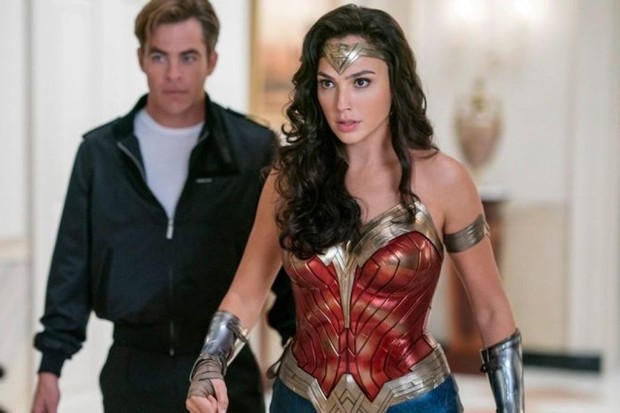 While Wonder Woman 84 is worth the subscription price to HBO Max, just don’t expect to be overwhelmed. Like Wonder Woman, this film begins with backstory, along with a lecture to young Diana on the importance of truth. If you remember, Steve Trevor dies at the end of the 2017 story. Dead since 1918, we now must figure out a way to bring Diana’s love back to life in 1984. The Dreamstone is the downfall of Wonder Woman 84.

As Diana mined humor discovering men in the earlier version, Steve does the same figuring out life in the ’80’s. His various outfits, including a fanny pack, bring back memories best forgotten. Kristen Wiig does her best work as the insecure, but helpful Barbara Minerva. As Cheetah, she’s just another ordinary bad gal. Odd for an action film, I found the nostalgic love scenes more interesting. The whole “make-a-wish” bits left me bored. Overall, it’s a rather disappointing sequel. I give Wonder Woman 84 3.5 Gavels and it receives a 70% Rotten Tomatoes rating with a 6.8/10 IMDb score.

Trying to maintain some degree of anonymity while still fighting crime, Diana struggles with her memories of Steve. Now working at the Smithsonian, she maintains an aura of cool professionalism envied by the much-ignored Barbara Minerva. Barbara comes into the possession of an artifact that appears of little worth. Unbeknownst to nearly all, the Dreamstone has powers to grant wishes, but at a cost. Wonder Woman 84 is about to meet Max Lord, a man who wants it all.

Gal Gadot‘s Diana is as graceful as a model, but has the steely determination of the toughest super-heroes. She and Chris Pine (Steve Trevor) make a great pairing. Somewhat surprisingly, Wonder Woman 84 gives no clues as to whether their love will carry on. Supposedly a charismatic businessman, Pedro Pascal (Mandalorian) plays Max Lord. I though his role was closer to Maxwell Smart (Get Smart). His role makes about as much sense as the Dreamstone. Maybe they should have cast Indiana Jones.

As a tale about the foibles of human nature, Wonder Woman 84 casts a rather bleak picture. What will you be willing to give up to be given one wish? For those who complain about the length of the film, it is the story that is the real problem. If you want to see the real Wonder Woman (1975-1979), stick around for the credits. Lynda Carter still looks bad-a__ at age 69.

“Wit has been replaced by feverish caricature, feeling by sentimentality, and Wonder Woman is left with almost nothing to do for long stretches of a very long and disjointed story,” reports The Wall Street Journal. Succinctly, The Chicago Tribune notes “it’s a moderately diverting sequel.”

It’s not unusual for the follow-up to miss the mark. Still, Gal Gadot and director Patty Jenkins deserve another shot to get it right. And, third time’s the charm.