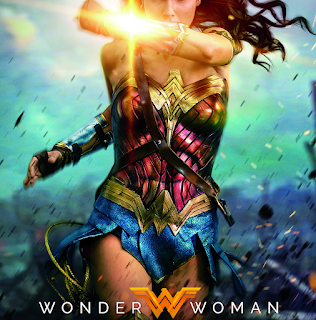 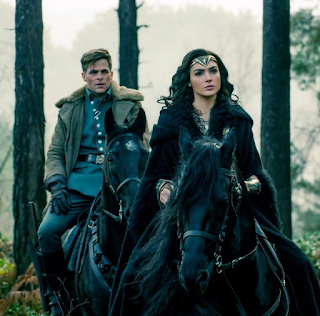 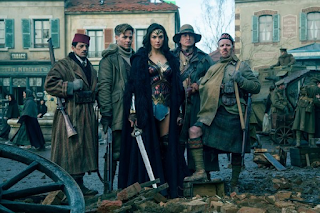 Depp vs Gadot!  And, in the Blockbuster of the summer, Gadot by a smackdown.  There will likely be bigger and better blockbusters this summer, but while Pirates was solid, Wonder Woman was very good!

Admittedly, I didn’t watch Lynda Carter as Wonder Woman on TV, so I had no idea what to expect. This movie gives a great backstory to the character, raised by Amazons.  Her mother, attempting to protect her from the evil God of War, refuses to tell Diana her true heritage.  After rescuing an American pilot chased by Germans, she is determined to leave her island to bring peace to the world during WWI.

The movie mines a great deal of humor in Diana meeting a man for the first time, asking about marriage, and discovering London.   The athleticism in the stunts is quite impressive; Wonder Woman continues the recent trend of kick-a__ females.  She is fearless.

Gal Gadot (Diana aka Wonder Woman) spent two years in the Israeli Defense Forces and it shows. Young girls will be emulating her moves, except in the country of Lebanon which wants to ban the movie because Gadot is Israeli.  Chris Pine, as the pilot, doesn’t mind being rescued by Diana as he continues his James Kirk acting style.  Robin Wright (House of Cards) appears as Diana’s fierce aunt.
Danny Huston (General Ludendorff) and Elena Anaya (Doctor Poison) have fun as truly bad guy Germans.  With a few other character actors, the movie is set up well for Wonder Woman 2.

This movie is a lot like seeing a Superman movie for the first time; it explores new ground, at least for me. While the final battle scene was a bit too long, overall Wonder Woman will hold your interest.
I am ready for the sequel to see where this goes.  Until then, you will see her again in Justice League out in November.