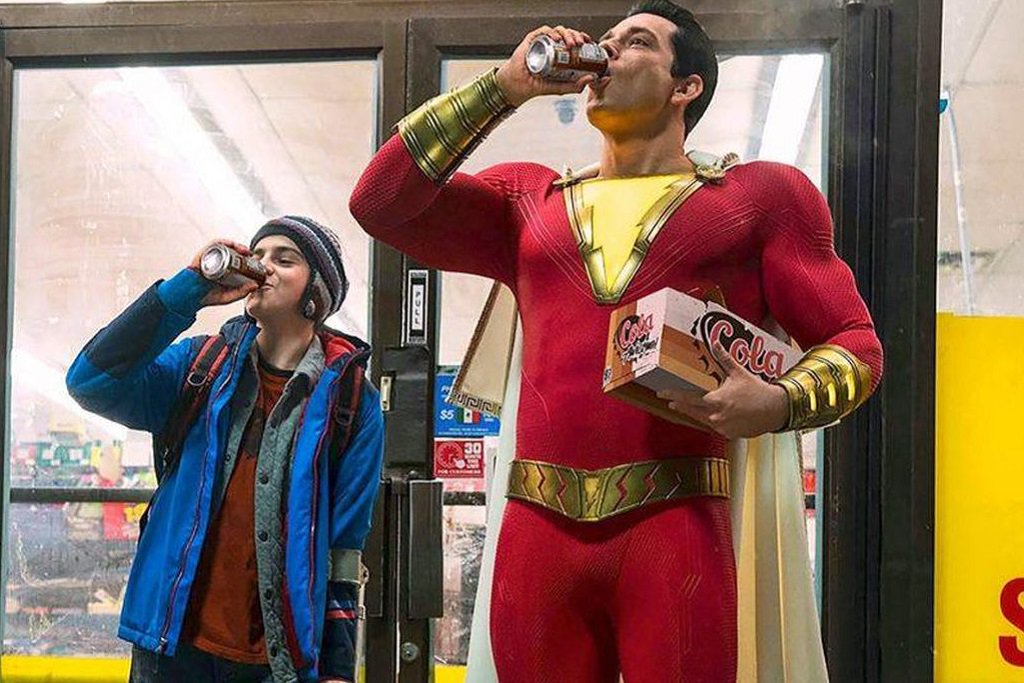 We’ve all seen a kid in a man’s body. Now we see a kid in a super-body, with all the silliness attendant thereto, as he tries to figure how to work it. Shazam! starts out rather dark with the Seven Deadly Sins, consistent with a PG-13 rating. Once Billy becomes Shazam, the comedy takes over. Billy is an orphan running away from home after home in search of his mother. Just placed in the Vasquez house with five other orphans, the movie has a family bent. A nice start, but not as good as either Wonder Woman nor Captain Marvel, I give the movie 3.5 Gavels. It receives a 93% Rotten Tomatoes rating with no Audience score as of this writing.

The ancient wizard is dying, about to lose his magic power of keeping the seven deadly sins in check. He searches for a replacement who must be pure of heart. Thaddeus Sivana, rejected as a child, returns as an adult to free the sins. The wizard, now somewhat desperate, chooses Billy Batson to be the new Shazam with multiple superpowers. Billy, who didn’t need anyone, now finds he needs his disabled foster brother, Freddy, to help him be a super-hero. But a kid is still a kid!

Zachary Levi (Shazam) possesses the right amount of sweetness to make this “kid” thing work. And, he is having a ball with it. Jack Dylan Grazer (Freddy) is the scene stealer, smart, tough, and vulnerable. Mark Strong (Dr. Sivana) is suitable as the bad guy, but his role is nothing special.

Shazam! has quite a history. Did you know that Shazam was once known as Captain Marvel? Or, that this movie started development in 2008 with Dwayne Johnson as the archenemy Black Adam? Expected to earn $50 million this weekend, will it surpass Aquaman? That may depend upon China. Carnivals must be especially attractive to writers and directors. Here, again, the super-hero must save the innocents at Chilladelphia. Ditto for saving bus riders, the glass on the front window defying all laws of physics. Picky, picky. Bottom line–worth the money, but they can do better with this character, and his new family.