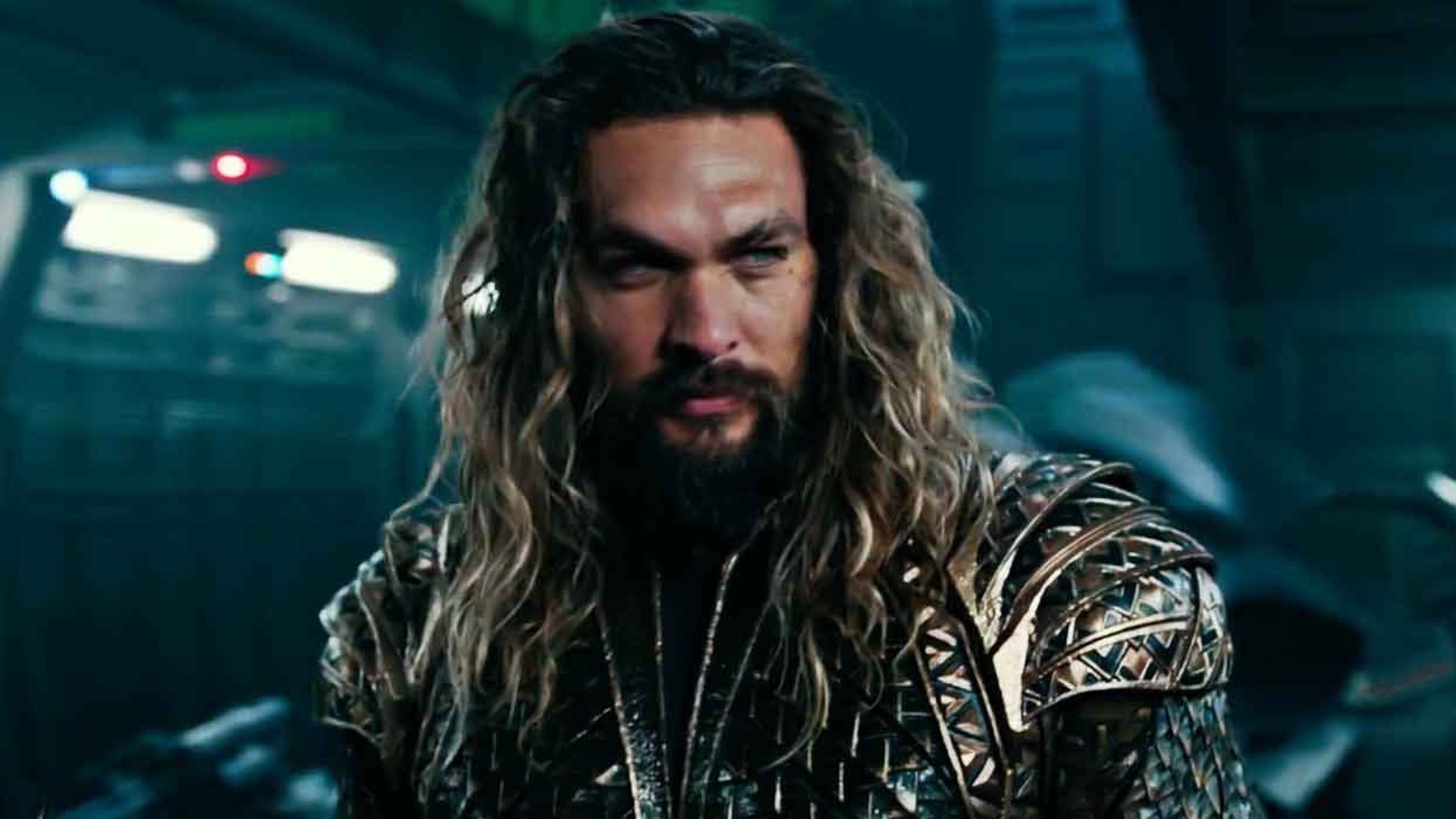 Not often does the Queen of Atlantis wash ashore next to a lighthouse.  So begins a love story that connects the land and the sea, and sets the stage for Aquaman.  Like Black Panther, Acquaman imagines a whole new world, new structures, new vehicles and . . . new weapons.  Also, like Black Panther, it is a good start to a whole new chapter in this character’s “life.”  As shown by the Audience score of 87%, and a packed Thursday night crowd, Aquaman finds its sea legs.  Interestingly, Aquaman’s love interest, Mera, may be the real hit in the show.  At two hours and twenty three minutes, and a $200 million budget, you get your money’s worth.  Don’t miss the octopus playing drums and the “battle kiss.”  I give this movie 4 Gavels and it receives a 68% Rotten Tomatoes rating.

Atlanna must return to Atlantis leaving Arthur behind for his safety.  Nevertheless, she sends Vulko to train Arthur as a warrior, and someday, become King of Atlantis.  Aquaman wants no part of Atlantis but recognizes a responsibility to protect the people of both worlds.  Half-brother Orm rises to the throne, angry that the land is poisoning and polluting the sea.  He is ready to start a war but needs to unite the seven underwater kingdoms.  Mera, the queen-in-waiting, must persuade Aquaman to return to Atlantis to stop the madness.  Aquaman asks why would the Atlanteans ever accept a “half-breed” over the natural born son of the king? If you watch the Netflix series Frontier, you know Jason Momoa is not a great actor.  He can glare, but he is still learning the finer points of comedic timing, and just generally being likable, like Dwayne Johnson.  I recognize that Aquaman is a conflicted character but, at some point, Momoa will need to show more range.  Amber Heard (formerly married to Johnny Depp) is very good as Mera, though the red hair in the water can be problematic.  I have always been luke-warm on Patrick Wilson, but he ups his game as Orm.  Willem Dafoe, always quite watchable, is Vulko.  Finally, Nicole Kidman is Atlanna.

Filming underwater scenes is always problematic.  The hair and capes floating, actors “swimming,” and the water blurring the picture are just a few of the concerns.  The costumes of the Atlanteans might surprise you, sort of a mix of wet suit with scales.  Odd, I thought.  Surely, you will notice nods to Star Wars, Raiders of the Lost Ark. and others.  I do agree that the film could use some trimming in the middle.  But the ultimate goal is to engage the viewers and make money.  In China alone, this movie made over $200 million so far.  Those “jingle-ing” (pun intended) coins sound like engagement to me.  Lastly, it is nice to see one super-hero in a movie, uncluttered by dozens of other super-heroes stepping on each others’ feet, or flippers.  This is your classic summer super-hero movie brought to you at Christmas.  Enjoy! 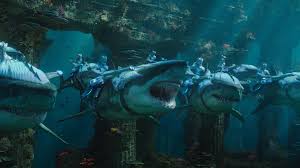