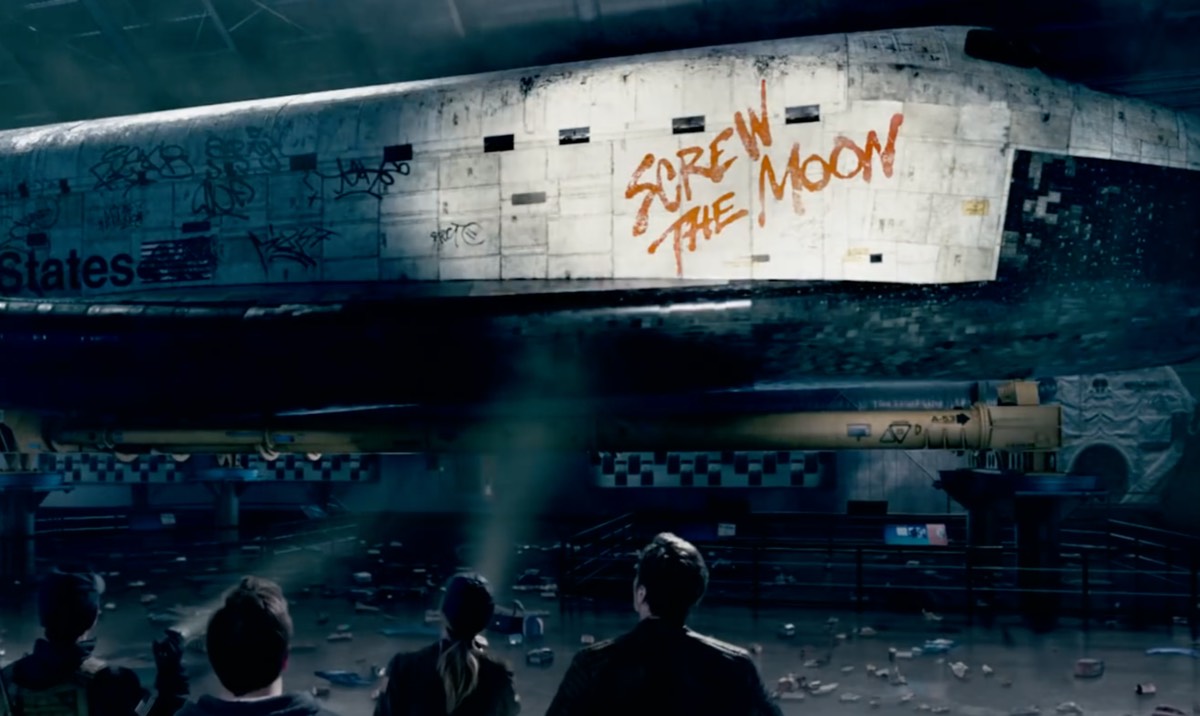 Bad Moon Rising is just such a superb song to introduce Moonfall. Of course, we must never let facts get in the way of Hollywood, so I regret to inform you that the moon is actually moving away from us an inch and one-half per year. I describe Moonfall as a hot mess. Imagine Armageddon (1998), The Day After Tomorrow (2004), and F9: The Fast Saga (2021) all rolled into one. Hard to wrap your mind around all that, isn’t it? I could even throw in a little Aquaman (2018). What does all this mean? Moonfall is scientific and historical nonsense but wonderful CGI. It has the look of a $140 million budget.

Let’s step back and see what critics said about Armageddon. “Lovely to look at but about as intelligent as the asteroid that serves as the movie’s antagonist.” “The movie is an assault on the eyes, the ears, the brain, common sense and the human desire to be entertained.” All of this might be said about Moonfall. That probably means, years from now, the film will attain cult classic status. In the meantime, sit back and enjoy the tsunamis, earthquakes, explosions, crashes, and space debris launched at our poor planet. An assault on the eyes for one man is a feast to the eye of the next. I give Moonfall 3.5 Gavels and it receives a 41% Rotten Tomatoes rating and a 5.3/10 IMDb score. (I note the Audience score is a much better 68%.)

K.C. Houseman, wannabe astronaut and space enthusiast, discovers the moon is falling out of orbit. Although no one believes his rantings, Houseman claims the moon is just an artificial superstructure. Years ago, NASA buried the discovery that an “abnormality” on the moon caused major disruption. Now, convinced that nothing can be done to stop the moon from crashing into the Earth, the director quits and Deputy Director Jo Fowler must find a way to protect our planet. She needs the help of disgraced astronaut, Brian Harper and a long-since retired space shuttle. Just what is in that hole on the moon?

Not nearly as good as in Bruised, Halle Berry doesn’t quite command the screen as Jo Fowler. Plot holes will do that to an actor. Patrick Wilson (Midway) suffers from somewhat the same fate. For comic relief, Moonfall presents John Bradley as Houseman. He’s instantly recognizable as the former Samwell Tarly in The Game of Thrones. If you don’t blink, you will catch a glimpse of Donald Sutherland as the keeper of NASA secrets.

Hollywood Reporter notes writer/director Noah Emmerich wants to do back-to-back sequels if Moonfall is a success. John Bradley says they “will be even more bat-sh__ crazy than the first.” Is that an admission?

“Emmerich’s latest is an absolutely bananas piece of big-budget filmmaking, a sci-fi-, action- and disaster-thriller that gets more crazy by the minute. It makes Independence Day look like Little Women.” Associated Press

“Complaining that a film like this is “silly” is like complaining that your hot dog is cylindrical. You knew what you were buying when you forked over the cash, dang it.” The Wrap

Don’t expect it to make sense. This one is pure popcorn and Pepsi and the end of the world–almost.