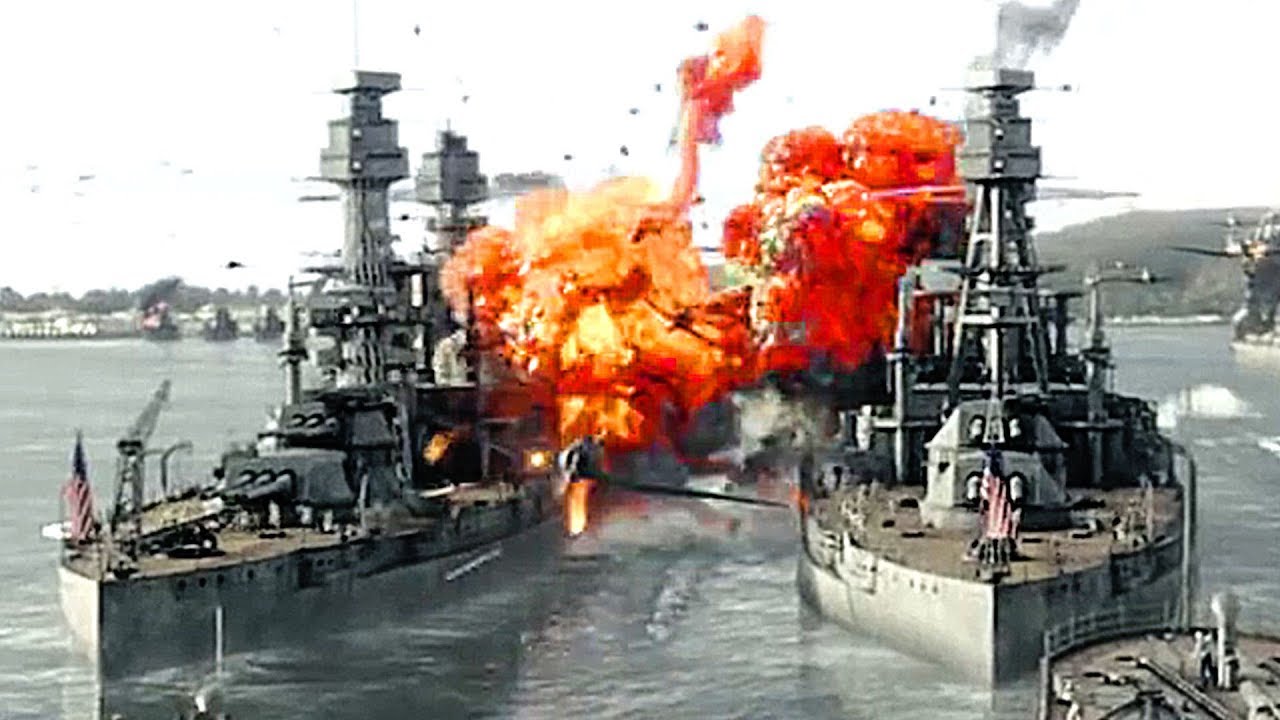 Midway is a reminder that, even with the best leaders, the best plans, and the best available intelligence, nothing happens without the bravery of the combatants on the front line. There is still nothing like a war drama to stoke up the patriotism of the audience. Given the 38% Rotten Tomato score, this film is not a favorite of critics. When the scope of the battle arena is the Pacific Ocean, it can be difficult for the director to present the big picture. From pre-war warnings to Pearl Harbor to Doolittle’s raid to Midway, he has done a yeoman’s job. Rather than make this a story about Nimitz and Halsey and Spruance, the focus is on Best, Layton, and McClusky, lesser known figures to us, but giants to the Navy. I give this flick 4.0 Gavels.

The attack on Pearl Harbor has morale at its low point. Nimitz knows he is out-gunned but puts his faith in unproven intelligence to prepare a trap at Midway. Has success after success made the Japanese arrogant? If Midway is taken, is Hawaii the next step, followed by the West Coast of the U.S.? Can the Americans recover if they take another setback? The stakes couldn’t be higher!

Ed Skrein plays Lt. Dick Best, an officer denied promotion because he thinks war is not dangerous or he doesn’t care. Patrick Wilson is Lt. Commander Layton who believes he failed to give adequate warning to Pearl Harbor and is determined not to fail again. Luke Evans is Lt. Commander Wade McClusky whose instincts lead him to the Japanese carrier group while others worry about lack of fuel. These three are not as well known as Woody Harrelson, Dennis Quaid, Aaron Eckhart, Mandy Moore, or even Nick Jonas, but they are the core of Midway.

Historical accuracy is a must for any WWII drama and USA Today gives it a thumbs-up. Will this movie succeed at the box office? Made at a cost of over $100 million, it is one of the most costly independent movies ever. Projected to make only $15 million this weekend, it needs word-of-mouth. Do people even care about WWII anymore? The CGI is very good; you get a better feel of being in the cockpit. The bombing and resultant explosions are more realistic. If you want character development and/or anti-war protest films, look elsewhere. Midway seeks to educate its audience about the crucial turning point of the war in the Pacific and introduce its main players. Mission Accomplished! Bottom line – much better than Dunkirk.