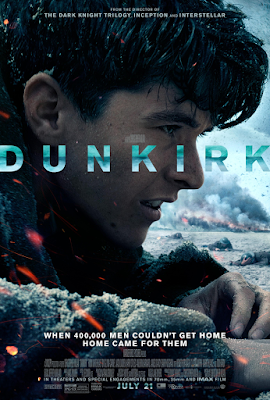 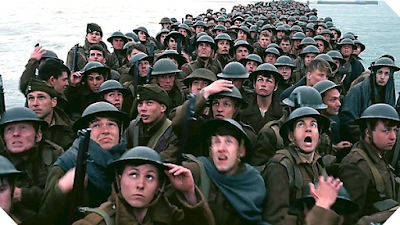 A critical success, maybe.  A moviegoer’s must-see, probably not.  My primary test is whether or not you will enjoy this movie.   If you enjoyed the first 20 minutes of Saving Private Ryan, and are content to sit through the same for 106 minutes, then you will like this movie, a lot.  If you are into character development, then not so much.  You will learn more about this evacuation by googling Dunkirk: History vs. Hollywood, than you will by watching Christopher Nolan’s work.  There is minimal dialogue, lots of hand-held shaky camera work, and confusing time sequences.  I was disappointed, very much so.

At the beginning of World War II, the Nazis have overrun the French and British and 400,000 soldiers are cornered on the beaches of Dunkirk.  By the luck of a major military blunder by Hitler, his tanks are rested to allow his planes to wipe out the soldiers awaiting rescue.  Although thousands are killed and hundreds of ships are sank, the Brits save over 330,000 men.  Without the use of civilian ships, Britain would have likely lost most of the army.  Nolan focuses on three characters, Tommy (land), Mr Dawson (sea), and Farrier (air).  His failure to broaden his stroke doesn’t allow the viewer to get a great feel for the length and depth of this evacuation.  You will, however, get a great feel for the terror and trauma of war.

Mr Dawson is played by Mark Rylance (many of you will remember him from Bridge of Spies with Tom Hanks).  His role as the boat captain determined to save lives is probably the most developed and memorable.  Tom Hardy as Farrier is one of the RAF heroes, but may as well appeared in a silent movie; we know nothing about him.  The same can be said for Fionn Whitehead, the young Brit playing Tommy.  Kenneth Branagh and James D’Arcy are likewise wasted as British officers trying to get their men off the beach.

For all the talk of Best Picture, in my opinion, it should be one that you would like to see again, e.g., Saving Private Ryan.  This is not such a picture.  For those who say this is an epic, I think of a long, sprawling tale.  Nolan compresses the bravery, heroism, and survival so much that it felt like this was over in few hours rather than nine days.  This is a story that needed to be told, but perhaps in the hands of a different director.  In the end, people will argue about this movie, but will they like it? This one was hard to enjoy even when you knew that the ending would be one of Churchill’s greatest moments.  Approach this movie with eyes wide open!