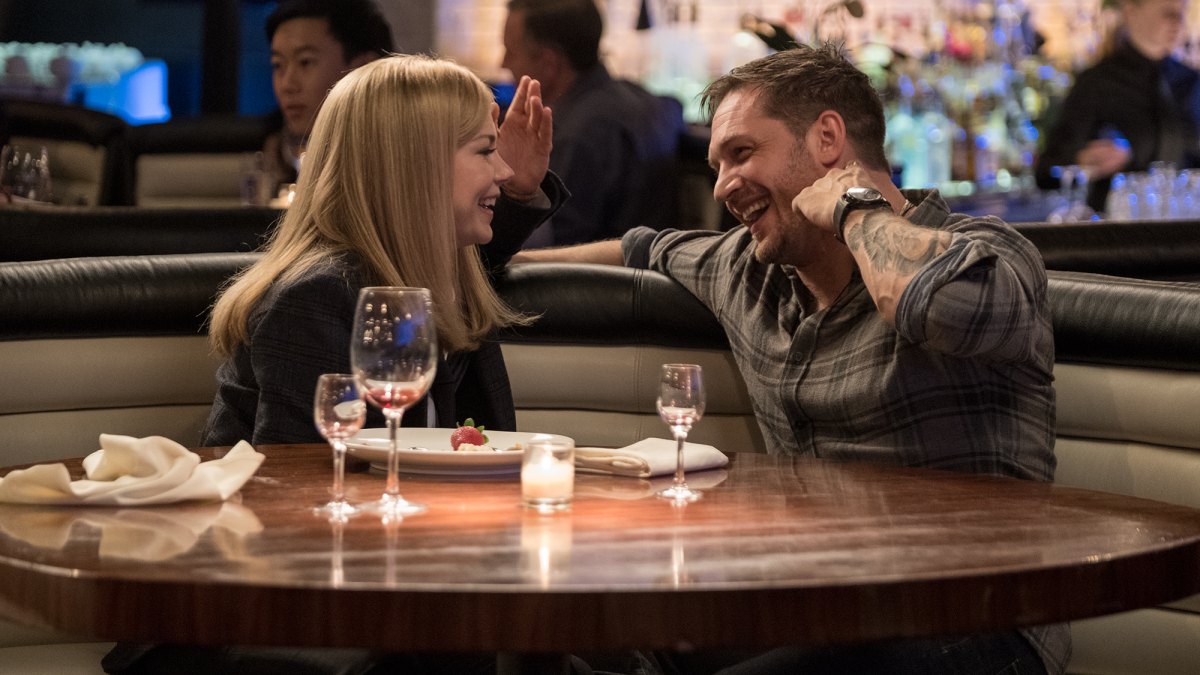 After watching Venom, I feel like Mikey in the Life cereal commercial. “He likes it! He likes it!” Rest assured, even after three years, I had no intention of watching it. I’m aware that it grossed more than $850 million on just over a $100 million budget. The trailer is just too weird. Even preparing this review, it was difficult to find pictures without the ghastly teeth, and the lizard tongue. But with little else to watch, knowing that Venom 2 comes out in two weeks, and on recommendation of a lunch companion, what did I have to lose? Actually, I paid the grand sum of $3.99 plus tax to AppleTV+. It was worth every penny.

Why the disconnect between the 30% Rotten Tomatoes rating and the 80% Audience score for Venom? Apparently, the dastardly critics wanted more association with Spider-Man. For those of us who are not comic book historians, Venom is highly entertaining with great computer-graphics, terrific action, and a nice love story. To top it off, the dialogue between Eddie Brock and the alien symbiote, Venom, is hilarious. “We have to set some ground rules. You can’t eat good people.” “How do I know the difference between good people and bad people?” Trust me, it’s better on screen than on paper. I give Venom 4.0 Gavels and it receives a 6.7/10 IMDb score.

Exploring space, genius inventor Carlton Drake recovers symbiotic lifeforms and brings them to Earth for experimentation. Meanwhile, reporter Eddie Brock discovers human trials at Drake’s foundation while snooping through his girlfriend’s (Anne Weying) legal files. The result of Brock’s activities gets both fired. Dr. Dora Skirth convinces Brock that she can get him into the lab. An accident allows Venom to enter Brock’s body. Drake wants his symbiote back. Venom enjoys his new-found freedom. The battle begins.

For some reason, I think of Tom Hardy (Dunkirk, Peaky Blinders) as an underrated actor. Hollywood certainly doesn’t think so and neither will you after this Eddie Brock/Venom performance. Bring on Venom: Let There Be Carnage. At first, there was concern that Michelle Williams (Fosse/Verdon) would be little more than window dressing. Women tend to get short shrift in comic books. The writers did a nice job beefing up the role of Anne Weying. Hopefully, we’ll see even more of her in Venom 2. Certainly, Venom has taken a shining to Ms. Weying.

The mid-credits scene features Woody Harrelson as a serial killer, to prepare you for Carnage in the sequel. Obviously, Marvel knew they had a hit on their hands, critics be damned. I will say that Woody dons a pretty bad wig. Notably, Venom 2 has a new director, Andy Serkis. Just seen in SAS: Red Notice, he’s a multi-talented guy, one of my many favorites.

“The movie becomes about Eddie and Venom coming to an arrangement. There is a lot of humor, including a sly riff on the Batman movies from Marvel rival DC Comics.” The Australian

“The film contains a vast wealth of laughs that emanate from a kind of action-comedy slapstick I sincerely didn’t know Tom Hardy had in him.” New York Magazine/Vulture

“It turns out Venom isn’t much different than the alien who starred in NBC’s 1980s sitcom ALF: A pushy boor motivated mostly by his next snack.” NPR

Will Venom continue to be a lethal vigilante, or will Venom 2 take him in a different direction. It seems he likes these humans, at least some of them. Of course, even the bad ones are tasty!