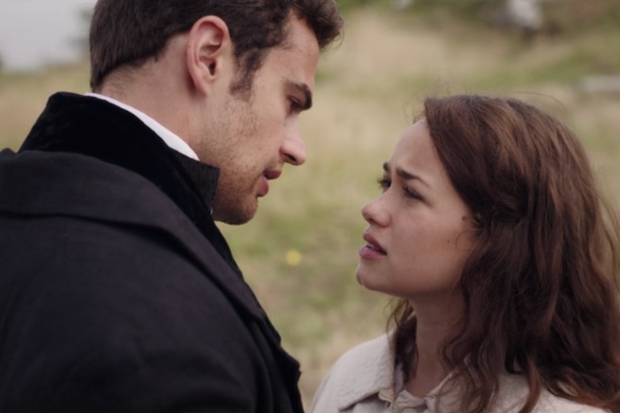 If you are a fan of Jane Austen, will you be a fan of a racier Jane Austen? If a 94% Audience score is any indication, Amazon will do for Sanditon what Ms. Austen was unable to do. Before her death, she completed only eleven chapters, then Masterpiece Theater filled in the blanks with eight 45-minute darn good episodes. Except, let’s say, the ending leaves viewers wanting more for Charlotte and Sidney. Set up perfectly for a Season Two, reportedly Amazon is “doing all it can.”

Besides the beautiful seaside location of Sanditon, on the southern coast of England, the lush landscape, gorgeous costumes, and great characters, one gets the usual clash of the classes, jealousy, gossip, and hints of sexual improprieties one expects from an Austen production. Be warned that the hints are more overt than past shows but more in the PG-14 category than an R-rating. And while Charlotte and Sidney are the main characters, it is the devious Edward, Esther and Clara that steal the show. We need more! I give Sanditon 4.0 Gavels and it receives a 62% Rotten Tomatoes rating.

Helping rescue Tom and Mary Parker after a coach accident, impressionable and opinionated Charlotte Heywood receives an invite to the seaside resort of Sanditon. Overextended and in need of rich visitors from London, Tom relies on the wealthy, widowed Lady Denham and his unreliable, playboy brother, Sidney Parker. Lady Denham barely tolerates relatives Edward, Esther, and Clara, just waiting for her to die to inherit her estate. Just returned from Antigua, Sidney hates being the guardian for the very rich ward, Ms. Lambe. Charlotte and Sidney take an instant dislike to each other, a sure sign that love is not-to-soon to follow?

Rose Williams (Medici) and Theo James (Divergent) bring the sexual tension as Charlotte and Sidney, yet in a chaste manner. They are cast well. If you’ve wondered what Colin Frissell has been up to since wooing four lovely Milwaukee ladies in Love Actually, here Kris Marshall is the in-over-his-head developer, Tom. It’s a toss-up as to the best actress of Sanditon, be it Charlotte Spencer as Esther, or Lily Sacofsky as Clara. Both have wonderfully delicious roles.

I’m certainly not an expert on Jane Austen, but it surprises to see the theme of incest in Sanditon. Enjoy the nasty feud between Clara and Esther. It’s one of the better ones on TV. Lady Denham is quite insistent on setting up marriages, i.e, business arrangements, certain that she will never die. Her character reminds a little of the sharp-tongued Maggie Smith in Downton Abbey.

IndieWire offers its praise with “Sanditon is sexy escapism for winter, tart and political, gorgeous and honest. Austen would have loved it.” Stuff.co.nz agrees with “a delicious period drama filled with all the misunderstandings, scheming siblings, family fortunes, caddish gentlemen, confidences, conspiracies and “mean, miserly old monsters” the genre demands.” Or, as Charlotte says of Sanditon, “I do not regret the time I spent there.”