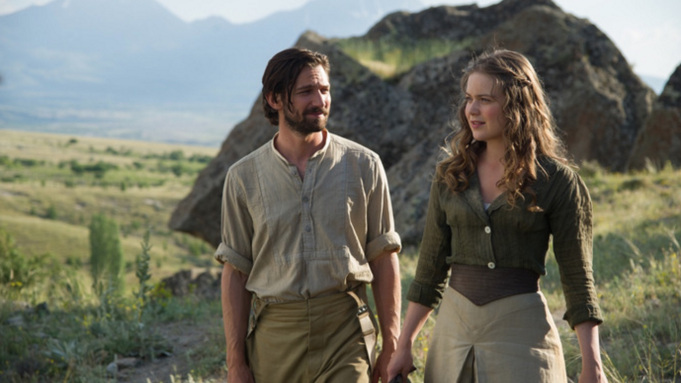 The Promise, a story about the Armenian genocide in World War I, displeased the Turks. To paraphrase Mia’s advice to Izzy in Little Fires Everywhere “if you don’t like what they are saying about you, write your own story.” Voila! We get The Ottoman Lieutenant, funded by the Turks. Of course, it is no surprise that movies give us a biased look at events. So, in these two love-triangle pictures, you get “planned genocide” in The Promise versus “unorganized killings” in The Ottoman Lieutenant. Either way, 1.5 million Armenians died which does make for a lot of “unorganized killings.”

Getting over the hurdle of historical inaccuracy, The Ottoman Lieutenant presents some of the worst acting you will see, despite some name actors. Likely, both Ben Kingsley and Josh Hartnett leave this film off their bio. Moreover, other than to be a counterpoint to The Promise, there is little to the story. Still, all is not lost. As a travelogue, The Ottoman Lieutenant provides glorious vistas of a country most of us will never see. I give the movie, 1.5 Gavels and it receives a 19% Rotten Tomatoes rating with a 51% Audience score.

Dr. Jude Gresham speaks in Philadelphia on his fundraising tour for an American hospital in Eastern Anatolia. Lillie, moved by his passion to help the Armenians, offers to help. She proposes to bring her deceased brother’s truck and supplies to the nearly inaccessible area. In 1914, Lillie enlists Ismail Veli, an Ottoman lieutenant, to guide her. Veli receives orders to determine if the Armenians will support the Turks or the Russians in the upcoming war. Predictably, Jude and Ismail both fall in love with the 23 year old American. Who will win her hand?

Michiel Huisman, recently seen in The Red Sea Diving Resort and The Guernsey Literary and Potato Peel Society, is the Ottoman Lieutenant. With no American actresses apparently available, Icelandic actress Hera Hilmar plays Lillie. While Hilmar did a creditable job in SEE opposite Jason Momoa, here she is just lost. There is zero chemistry between Hilmar, Huisman, and Hartnett. Maybe it has something to do with all the H’s.

In defense of the indefensible, the producers in Turkey remained in control of the final cut. By cutting dialogue, did they butcher the film? Probably, but this wasn’t an Oscar contender, anyway. “There isn’t much of a script here” complains The Seattle Times. “The by-the-numbers story never achieves its aimed-for grandeur or intensity, and the striking Turkish locations prove far more interesting than the characters” writes The Hollywood Reporter. Overall, The Ottoman Lieutenant is just a bad piece of film-making.