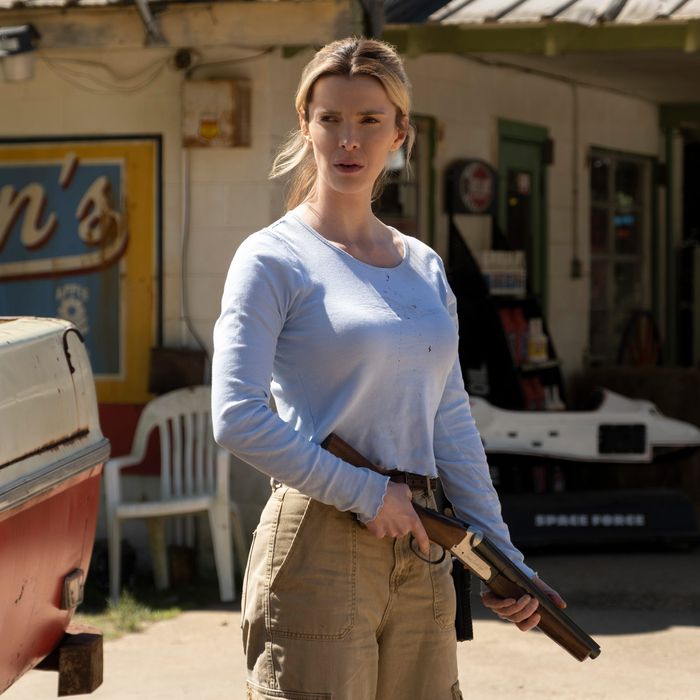 A high school classmate of mine enlisted in the Marines during the height of the Vietnam War. Later, I asked him about boot camp. He replied “I went in expecting the worst; it was worse than I expected.” In sum, that is The Hunt. After criticizing the concept of hunting humans, in Thursday Morning Coffee on 8/15/19 and again 2/27/20, why did I watch it? You will never be able get me to “squeal” on the friend who suggested I watch it. Given that the pig is high point of The Hunt, the use of “squeal” is most appropriate.

Graphic violence includes an eyeball stuck to a high heel, a stake through a human, and the usual brains and other body parts blown to bits. But, the critics will say this is just satire. Yes, the elites make fun of “the rednecks,” and vice versa. Yet, the very few sharp points made can no way justify the jump to the gruesome macabre acts committed. That, the makers of the film will contend is its raison d’etre. But then, I argue, there is no reason for the film. I give The Hunt -1.0 Gavels and its receives a 56% Rotten Tomatoes rating with a 66% Audience score.

Twelve individuals wake up gagged in an unknown location. In a field, they find a crate loaded with a pig and weapons. As they try to ascertain their situation, gunfire erupts. Several are killed immediately as they try to run. A few make it to a nearby gas station. Where are they and who is trying to kill them? Over the last year, internet rumors suggest elites are try to kill hicks for sport. Could this really be true?

Recently seen in A Dog’s Journey and Stuber, Betty Gilpin (Crystal/Snowball) is the wrong woman to kidnap. She’s nobody’s fool and takes no prisoners. Similarly, Hilary Swank (Million Dollar Baby) is her revenge-minded opposite as the leader of the elites, Athena. Spoiler Alert: Without giving away too much, some of the better known actors, like Ike Barinholtz, Emma Roberts, and Amy Madigan, get little screen time, for which they are probably thankful.

Originally scheduled to be released last fall, The Hunt was pulled after several mass shootings. Using “deplorables” to describe red state inhabitants might be economically incorrect. Moved to March, COVID-19 should have put a death-knell to this flick, but like Crystal, it proved hard to kill.

New York Magazine/Vulture writes “it’s regrettable that, despite all of its jabs at relevance, The Hunt has no desire to actually dig into the details of the anger felt by either side of the bloodsport event it imagines.” The Independent (UK) agrees adding “no one could possibly be offended by The Hunt, because that would require it to contain at least one comprehensible idea.” Did you know Screen Rant has a page entitled 10 Other Movies with Human Hunting To Watch after The Hunt. Just another sign that the apocalypse is upon us. Do not pay to watch this drivel; they should pay you!