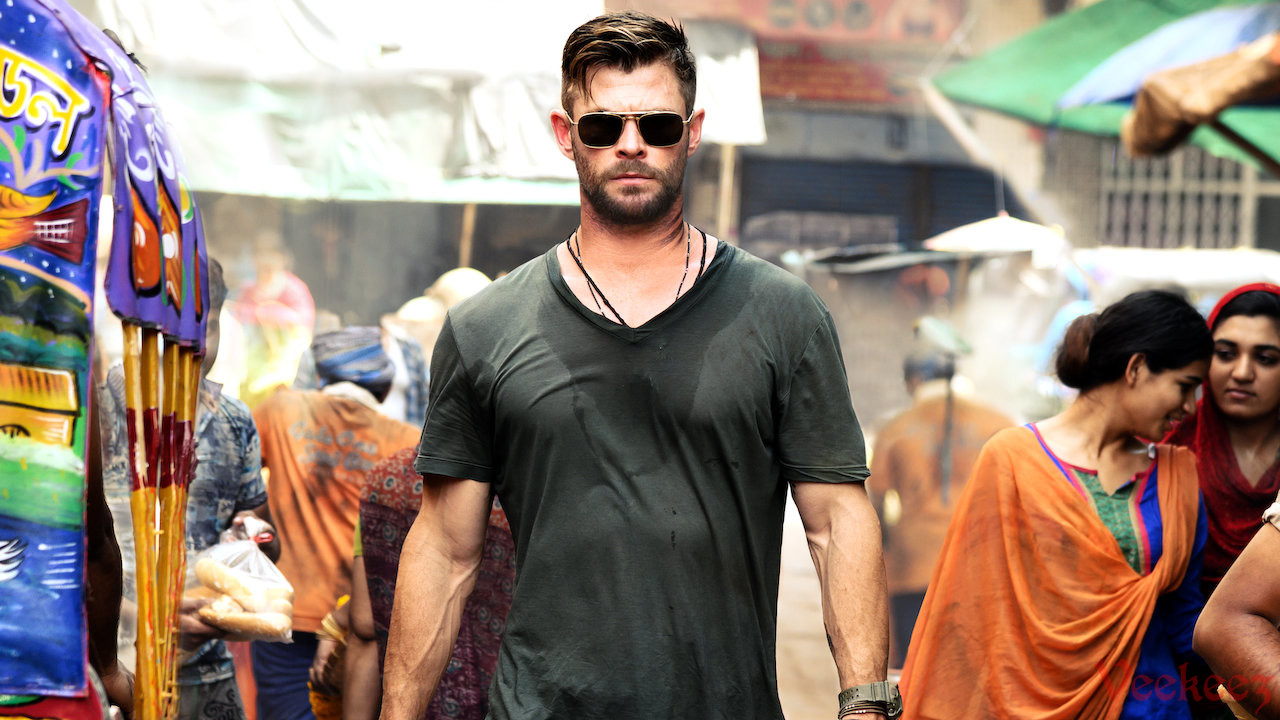 Extraction is like 6 Underground. To quote Shakespeare, it is “full of sound and fury, signifying nothing.” At least 6 Underground took us to exotic locales. The back alleys of Dhaka, Bangladesh are not soon going to be anyone’s dream vacation. Google gave me a hint about this film when I typed in the word “extraction.” One of the first entries was a rotten tooth. Old Bill comes in handy again here. “There’s something rotten in Denmark” when you spend this kind of money for no character development and little dialogue. Extraction does give you lots of gore, gunfights, explosions and dead Bangladeshi police and military, but most of that is on the trailer. Netflix touts the “visionary directors of Avengers: Endgame.” Maybe their vision is still at the dentist’s office. I give Extraction 2.5 Gavels and it receives a 64% Rotten Tomatoes rating with a 70% Audience score.

The biggest drug lord in Bangladesh kidnaps the son (Ovi) of the biggest drug lord in India. Ovi’s father, currently imprisoned, tells Saju to get him back or Saju’s son will not see his next birthday. Tyler Rake, Australian Special Forces, is hired to bring Ovi back alive. During the extraction, nothing will go as planned.

Do not believe the hype that this is an “electric performance” by Chris Hemsworth. Rather, his Tyler Rake could use a jolt of electricity as this flick sucks out all his personality. Nik Khan has history with Tyler, except we are never told what it is. Acted by Golshifteh Farahami (Paterson and Pirates of the Caribbean: Dead Men Tell No Tales), she appears to be the brains of the rescue operation. Notably, Farahami is of Iranian descent, but unwelcome to return to her home country. Rudhraksh Jaiswal, as Ovi, is by far the best of the lot.

Not generally a fan of the hand-held camera, it is put to effective use during certain flight scenes. Extraction claims to be a film of redemption, but its message is buried deep. “In the end, Extraction must be added to such Netflix entries as Triple Frontier, 6 Underground and Bright as yet another frustrating example of the streaming giant’s inability to emulate the blockbuster form” writes one critic. Another says “Joe Russo (one half of the Russo brothers) has managed to sell on a script which feels like something he fished out of the bottom of a draw that’s very low to the ground on account of the fact that he doesn’t use it very often.” Given the burgeoning Asian market, perhaps Extraction is an attempt to gain further traction with its subscribers. Sadly, Bollywood wouldn’t claim this mishmash.