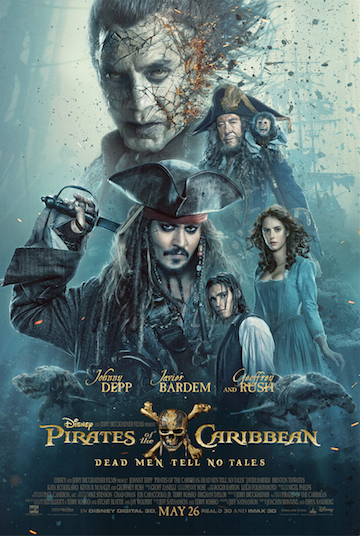 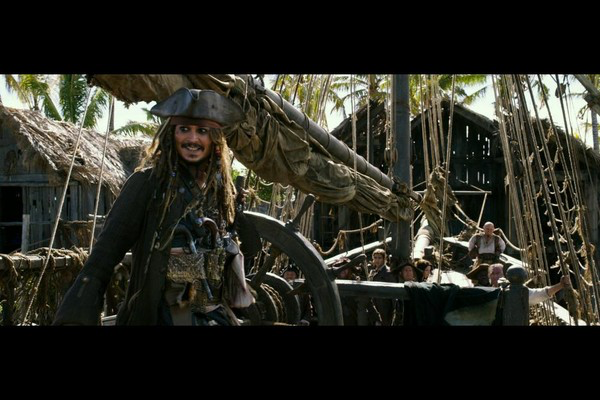 Given the recent success of Beauty and the Beast, perhaps I have become infatuated with Disney movies.  No one does stunt engineering better than The Mouse.  Among other scenes, the stealing of the safe, the guillotine, and launching of a pirate ship were so Disney.  Maybe others can match their CGI, but not their unique construction.

Jack Sparrow, of course, is the luckiest and the unluckiest pirate ever.  In the sequel, he must find the Trident of Poseidon in order to save his ship and break curses. Henry needs Jack to rescue his father. Both need the smart and beautiful Carina to find the Trident.  Since a woman of science could only be a witch, she has the entire British Navy trying to capture and kill her.  And, we again meet nemesis Barbossa and new tormentor Captain Salazar.   A good time is had by all. And, the movie ties up some loose ends from previous movies.
Johnny Depp (Jack Sparrow) is good here, but he can never be as good as in the original movie because it was so new. It is unfair to compare.   Javier Bardem (Salazar) and Geoffrey Rush (Barbossa) have their Oscars for a reason.  Paul McCartney takes a turn as Jack’s uncle.  Keira Knightly is back for a tiny bit.  But the movie is now set up for a new generation with Brenton Thwaites (Gods of Egypt)  as Henry. (Note: He may be prettier than any of the Baywatch girls.)  Best of all was the very sassy Kaya Scodelario (Maze Runner) as Carina. She was perfect.

Depp is his mush-mouth, wise-cracking self.  Scodelario is modernized; she is no damsel in distress. Stay for the scene after the credits for a hint of the next installment.  Disney makes money.  I repeat. Disney makes money.  I think the public will like this much more than did the critics.  Perhaps not a great start to the Memorial Day weekend, but a solid one.