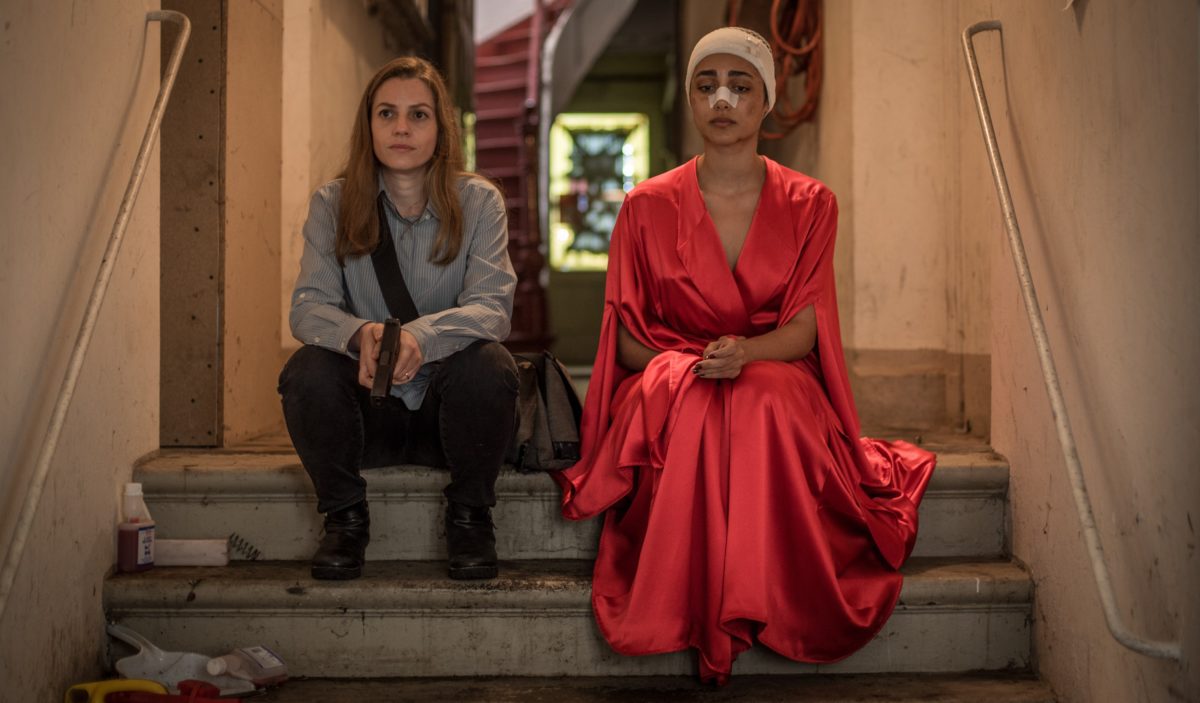 Shelter (2018), not to be confused with Shelter (2015), is an Israeli film currently on Amazon. This psychological thriller puts two females in harm’s way subject to the whims of men, unaware of the machinations around them. In their hearts, they know that “no one is to be trusted.” But, can they put aside their differences to trust each other? Set almost entirely in an apartment in Hamburg, Germany, we feel the tension of wrong telephone numbers, the apprehension of men peering from neighboring apartments, and the claustropobia of the “safe-house.” Yet, because of the ambiguity of the characters, the paranoia doesn’t quite rise to the level that a fugitive from Hezbollah requires. Would Americans and Germans really conspire to out an Israeli informant to certain death? Somewhat cryptically, Shelter tiptoes around these issues for 3.0 Gavels with a 45% Rotten Tomatoes rating and a 73% Audience Score.

Out of the spy business for two years, the Mossad needs Naomi to “babysit” a Lebanese informant for two weeks while she heals from plastic surgery. Mona, the lover of the Chief of Staff of Hezbollah, flees from her home country, and knowing too much, must change her appearance. Naomi understands all too well that these assignments never go as planned. And, she knows that money is never the sole reason that a person betrays her country.

Mostly a two-female movie, Shelter stars Neta Riskin and Golshifteh Farahani (Extraction). As Naomi and Mona, respectively, each puts up with other because they must. Slowly, each reveals secrets which turns a job into empathy. Mona expresses that “a man that betrays his wife cannot be loyal to anyone.” Through the bandages, her betrayal is writ large.

“We’ll get your son out later,” Mona is told by the Israeli operatives. If so, why keep Naomi in the dark about the child? Both now without husbands, Naomi and Mona bond, perhaps to try to evade the thought that “life is an island in an ocean of loneliness.” Will they let down their guard, and, at what cost? Ultimately, as one critic puts it, “Shelter, advertised as a subtle thriller, suffers from a bit too much subtlety.” Both are fine actresses displaying the appropriate degree of paranoia. The Link, the short story upon which Shelter is derived, apparently was a little too short. For all the set-up, the films leaps to an unlikely end. Then, again, maybe, we have been too sheltered to know.