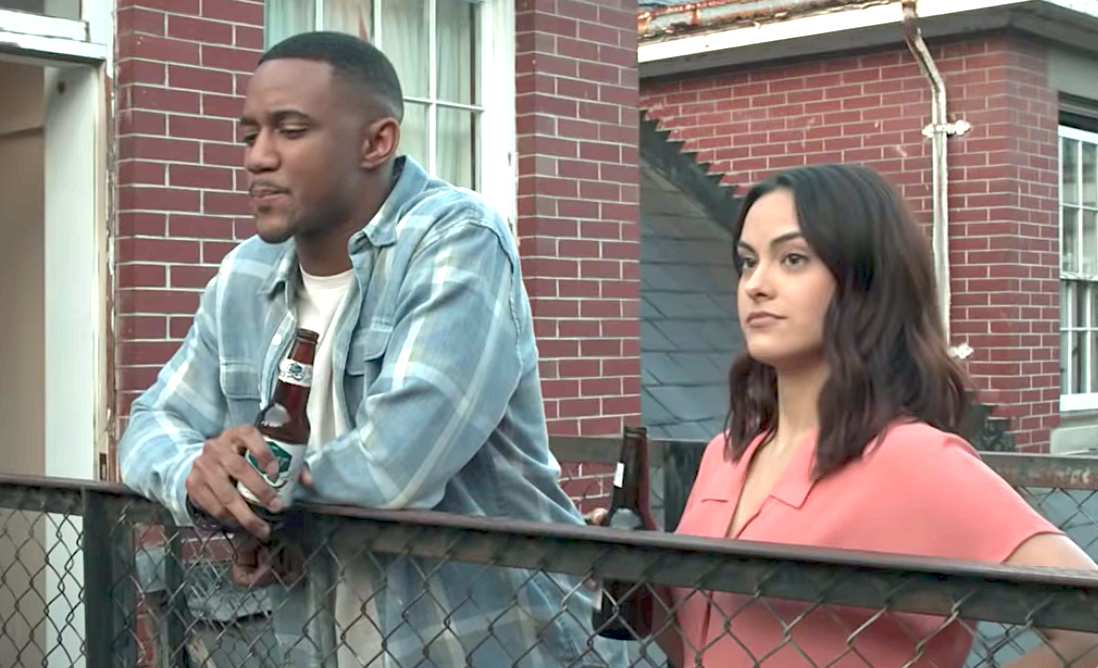 Dangerous Lies is further proof that it is dangerous to rely upon either Netflix or Amazon to produce quality films. Along with Extraction and 6 Underground, they continue to roll out average movies, at best. Based on only five critics and five audience members, I’ll be surprised if the 60% Rotten Tomatoes rating and the 80% Audience scores don’t plummet. The actions of the characters are so unrealistic. How many folks would inherit a mansion, discover a body in the loft above the garage with a bullet hole in the head hiding diamonds, and not call the police? Do you remember Sasha Alexander from the Rizzoli and Isles TV series on TNT? Sasha the coroner would be embarrassed by this Sasha the detective. I give Dangerous Lies 2.5 Gavels.

Katie Franklin, waitress, and her student-husband, Adam Kettner, interrupt a robbery, Kettner gets the drop on the robber and is the hero of the day. Four months later, he is no longer in school and Katie is a caretaker for a wealthy 88 year old, Leonard Wellesley. Their debts mount up, and Leonard provides $7000.00 to help. That same night he passes away. Not only are there secrets in the loft, more are in the attic, and inside the lives of all involved.

Camila Mendes (Katie) is apparently Veronica in Riverdale based on the Archie Comics. This part will not raise her profile. Appearing in The Boys and The Banker, it is unclear why Jessie Usher would take the role of Adam. He gets more lines, but I’m not sure that is a good thing. Jamie Chung plays the “helpful” lawyer, Julia Byron-Kim. While she was Mulan in ABC’s Once Upon A Time, not so in the upcoming Disney major motion picture.

For the oldsters among you, Elliott Gould (Bob & Ted & Carol & Alice, M*A*S*H) makes an early, brief appearance. His unusual speech cadence is the same as ever. Julia Byron-Kim ominously tells Katie that “people change” when they receive sizable inheritance. While there can be some truth to the statement, it is probably when I knew I should change the channel. Two of the better critic quotes are “looks like it cost the amount of your monthly Netflix subscription and is as satisfying to watch as it is paying that particular bill, and “a thriller that doesn’t race towards a climax we figure out (finally) 20 minutes in advance, it limps there.” While Netflix and Amazon can provide some great TV series, they can’t figure out the movie thing. In conclusion, I’d be lying to you if I said anything other than watching Dangerous Lies may be dangerous to your health.