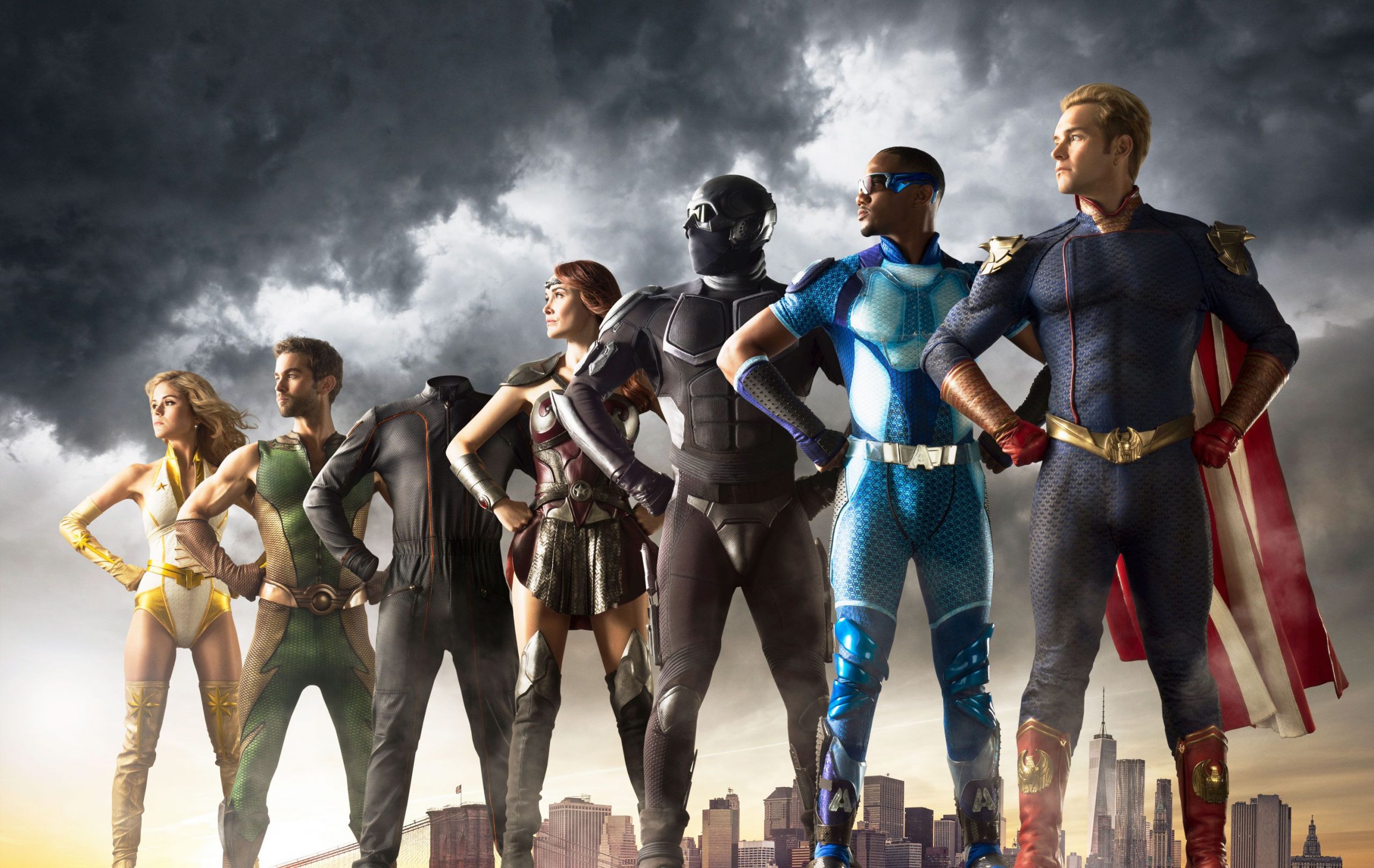 Growing up, which super-hero did you want to be? Life was so much simpler then. In The Boys on Amazon, it turns out that “supes” have their own agendas. Imagine a time when the media, corporations, and the government manipulate information so that the collateral damage caused is covered-up. Cynics might think that it will not take much imagination. Adored by the public, The Seven police our country, but not out of the goodness of their hearts. Vought International charges for their services and each gets a cut. Behind the scenes, arrogance and corruption proliferate. Mere mortals, The Boys seek to expose and obtain vigilante justice. No one takes on The Seven, until now. I give the eight-part Season One 4.0 Gavels and it receives an 84% Rotten Tomatoes rating with a 94% Audience score.

After Hughie’s girlfriend is killed by one of The Seven, he is recruited into The Boys by Billy Butcher. Despite making billions of dollars from policing and marketing The Seven, Vought International, led by V.P. Madelyn Stillwell, wants to her “supes” to expand into national defense contracts. Starlight dreams of being a member of The Seven, but finds out quickly that all is not as it seems. Just what is Compound-V and why are there hundreds of young people with varying degrees of super-powers?

Not as complex as Game of Thrones, it is still helpful to have an index to keep track of the many, many characters. Karl Urban (Thor: Ragnarok) leads The Boys as Billy Butcher. Jack Quaid, son of Dennis Quaid and Meg Ryan, is his protege, Hughie. The alpha male of The Seven, the sadistic, Homelander, is played by Antony Starr (Banshee). Erin Moriarty (Blood Father) is the naive, but still deadly, Starlight. You can’t miss the charming, devious Madelyn Stillwell acted by Elisabeth Shue (Leaving Las Vegas and CSI).

The Boys is not for the faint of heart. It comes with every warning possible except Smoking. (Until recently, I didn’t realize that Smoking was a warning.) This super-hero show lists Adult Content, Graphic Violence, Graphic Language, Nudity, and Strong Sexual Content. I think that pretty much covers the gambit. “What distinguishes the show, and sometimes weakens it, is its delight in going to extremes – whether through nasty jokes, or gory, CG-enhanced violence” writes one critic.

Based on the comic book series of the same name, it is believed to be one of the most successful original Amazon programs. Still, as one critic notes “this ultra-violent dark satire flips the script on our preconceived idealistic notions of what a superhero show should be.” Many viewers profess to be tired of Marvel-type movies. The Boys is the antithesis. It goes beyond what Deadpool could do in theaters and still get an R-rating. And, therein lies the ultimate answer. If you liked Deadpool, you will probably enjoy The Boys. If you found it distasteful, then look elsewhere.