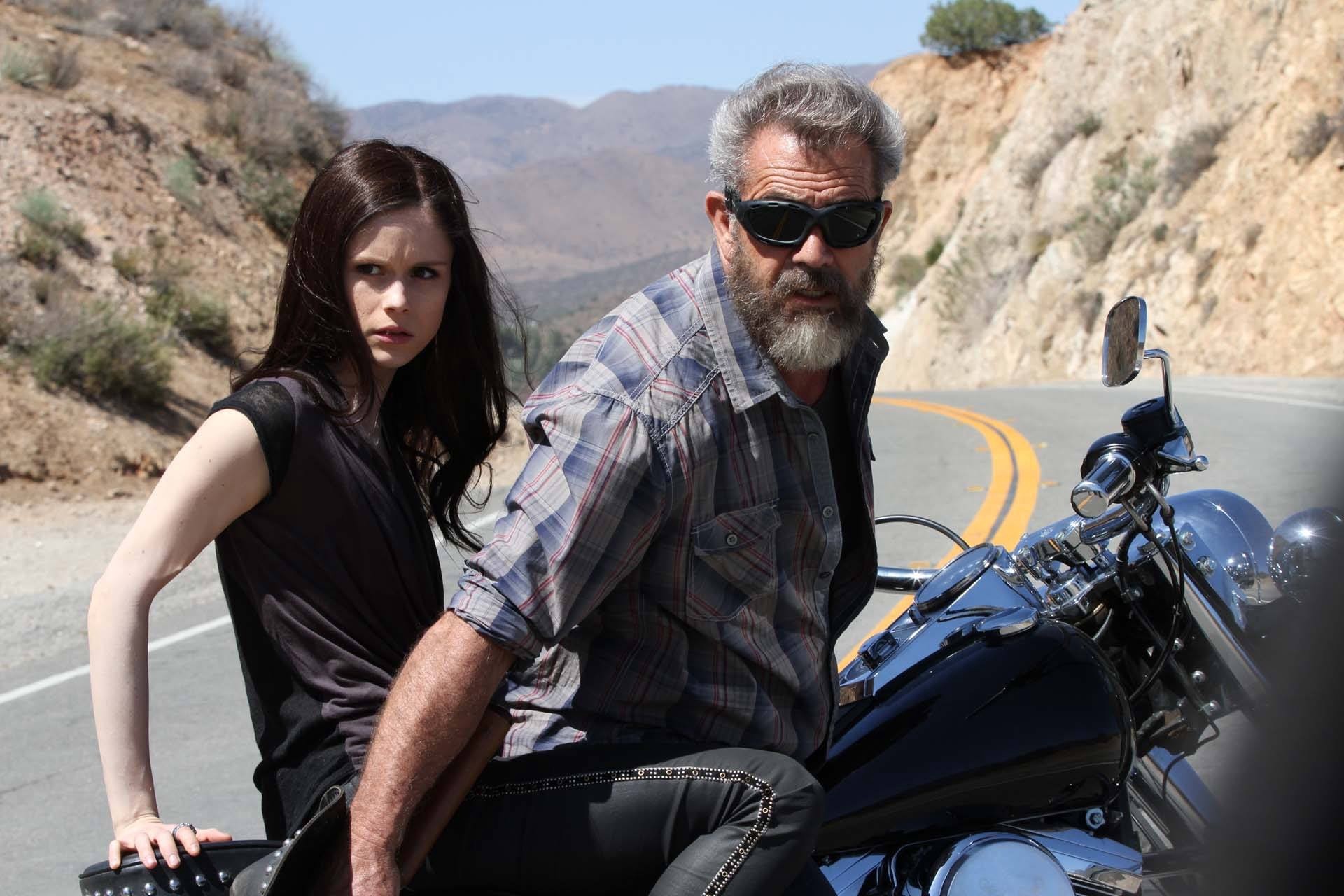 Completing a very disappointing Badland, I wasn’t expecting much from Blood Father (2016). After all, coming off a deserved ten-year blacklisting by Hollywood, who would give Mel Gibson a chance? It turns out that Blood Father (88%) has a better Rotten Tomatoes rating than his Oscar-nominated Hacksaw Ridge (85%). Based on a book by the screenwriter of The Hunger Games: Mockinjay, the best description is witty, gritty, and intense. The earnings of $6.9 million on a $15 million budget are apparently due to very limited distribution. After all, who can resist a story about a father seeking redemption from his daughter? Setting aside the main characters, the remaining cast, bikers, drug dealers, prisoners, and reformed alcoholics, are all first rate. I give Blood Father 4.0 Gavels and am surprised at the lower than expected 63% Audience score.

After nine years in prison, John Link seeks to leave the Hell’s Angels’ life of crime, alcohol and drugs. Now, as a tattoo artist in a rundown trailer park, he has a $30,000 reward poster for information on his runaway daughter (Lydia) on the wall. Her boyfriend (Jonah) set her up in a stash house, only to accuse her of stealing. To prove her value to the cartel, she must kill, but “kills” Jonah instead. The cartel sends a sicario after her. John is the only one who can help her.

Blood Father proves Mel Gibson still has star power. As John Link, he brings back memories of his Lethal Weapon days. (We’ll ignore the mess that was Daddy’s Home 2, not his fault; that one is on Will Ferrell.) Erin Moriarty (The Boys, Jessica Jones) is convincing as the misguided, drug-addicted Lydia. William H. Macy knows all about addiction from his award-winning show, Shameless. Here, he tries to keep John Link on the straight and narrow as his AA sponsor.

As you might expect, R-rated Blood Father presents lots of violence and language not suitable in front of your grandmother. Still, as an action flick with Gibson’s spot-on timing, give this one a chance. As one critic notes, “there are few more exhilarating sights in all of cinema than Mel Gibson unleashing a world of hurt on a bunch of crack-eyed, greasy-haired crooks.” Besides, give credit to the writer who came up with “Missing Link Tattoo Parlor.” Some of these goons look like they may just be the missing link! Another critic writes, “Gibson is still a terrifically charismatic presence who inhabits damaged, self-destructive rascals, perhaps because that’s how he wants to be seen.” As I say, turn over enough rocks and you just might find a . . . gem.