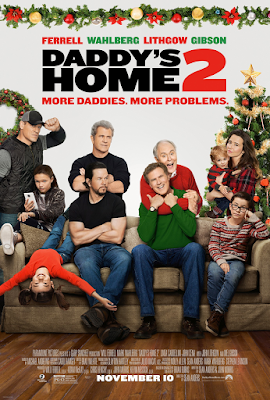 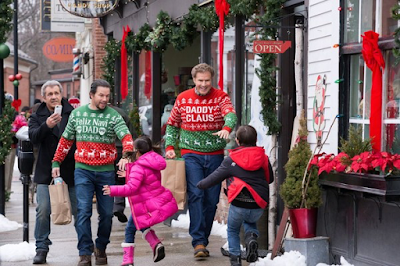 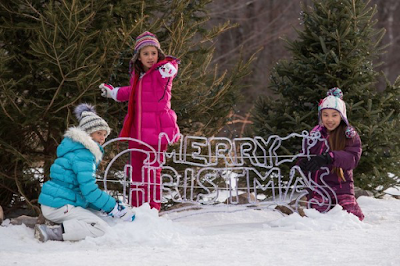 Most people have a favorite Christmas movie.  It might be It’s a Wonderful Life, maybe A Christmas
Carol, or if you are Mrs. TMJ, it’s Love Actually.  If I were to offer a guess, Daddy’s Home 2 is not going to be a favorite of many, unless your kid happened to be in the movie.  I will say it was better than a Bad Mom’s Christmas, but that’s a pretty low bar.  As I feared, the previews are about as good as it gets. Like most comedies, there are a few laughs, just not enough.  The ending just about saved this flick, but too much baggage carried the day.

Part of the problem is figuring out which kid belongs to which parent.  Dusty and his ex, Sara, have two children, Dylan and Megan. Dusty is now married to Karen. Karen has a child, Adrianna, with her ex, Roger.  Brad is now married to Sara and they have a child together who shall remain nameless.  Dusty and Brad get along well together, but decide that Christmas must be spent together after Megan expresses publicly that she would like to have a normal Christmas.  To complicate matters, Brad’s father (Don) shows up without Brad’s mother, and Dusty’s father (Kurt) shows up uninvited.   Complete opposites, Don is touchy-feely and Kurt is macho.

Mark Wahlberg as Dusty is probably the best of the lot because the rest of the characters are so exaggerated.  Will Farrell as Brad is still the same character he was on SNL.  John Lithgow is a fine actor; as Don, he is merely picking up a check.  Kurt, as played by Mel Gibson, tries repeatedly to destroy the relationship between Dusty and Brad, for no apparent reason, other than meanness. It’s always nice to see old “friends” again, Linda Cardellini (ER) as Sara.  John Cena has a small part as Roger.

As usual, the kids are more interesting, and get better lines, than the adults.  Young Dylan having a crush on a girl is a recurring theme, and they are cute kids.  I admit that I didn’t see Daddy’s Home, but if it was this mediocre, then such was my good fortune.  There is a another plus for this movie.  The song Do They Know It’s Christmas is prominently featured.  Overall, Daddy’s Home 2 is just not worth the time and money, especially when your entertainment dollars can better be spent elsewhere.
Much better movies are on the horizon.