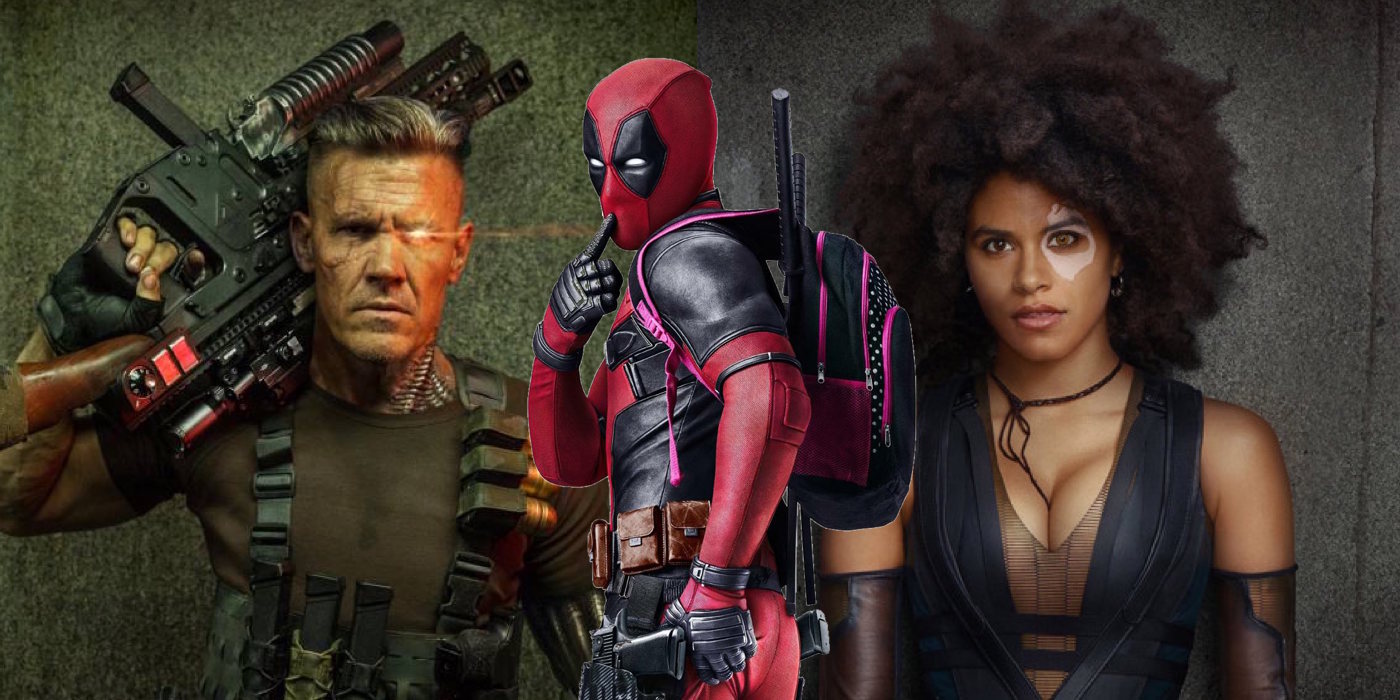 Two years ago, this wild, crazy, fast-talking, wise-cracking, profane superhero burst upon the screen, unlike anything I had ever seen.  It was so original that I thought it one of the best movies of the year.  He’s back!  The flip side is that you are only original once.  While this movie is good, it is almost impossible to live up to the hype of the first one.  You know you are in a different type movie when even the previews are profane.  We are used to seeing a green banner highlighting the upcoming movies.  Here, we have red banners which give you fair warning of an upcoming Muppet-Melissa McCarthy movie which  has to be rated R entitled The Happytime Murders.  These were not family-friendly previews of Kermit and Miss Piggy.  And that leads you into Deadpool 2 wherein everything is mocked, nothing is sacred, including Canada and Wolverine.

Deadpool is now a world-wide crime fighter but he must get home in time for his anniversary.  Vanessa proposes that they start a family, but criminals attack their apartment.  Despondent, Deadpool ends up at Xavier Mansion where he “befriends” Russell (Firefist.)  Neither fit in and are taken to the Icebox, a mutant prison.  There, a Terminator-like soldier (Cable) from the future blasts into the prison to kill Russell to prevent him from killing his family in the future.  Deadpool and Russell are able to escape, but Russell is determined to get revenge on his past abuser.  Deadpool needs help and forms X-Force (a non-sexist X-Men) to save Russell from his present and his future.

After making $783 million on a $58 million budget, Ryan Reynolds is back as Deadpool with a $110 million budget.  He hasn’t changed, this is his baby.  With more money, you can afford the actor du jour, Josh Brolin.  As Cable, he is not as good as The Avengers’ Thanos, but reportedly he is getting a Cable spin-off.  Morena Baccarin is on the screen for far too short a time as Vanessa.  If you haven’t seen Hunt for the Wilderpeople, I highly recommend it.  Julian Dennison was very good in that New Zealand indie and he continues to perform at a high level as Russell.  Zazie Beetz as Domino is the scene-stealer; you can’t take your eyes off her.  Lots of other characters here, and if you look real closely, you might even see Brad Pitt.

If you are offended by constant profanity, don’t go anywhere near this movie.  If you get sick watching body parts fly around, don’t go near this movie.  If you read any reviews about Deadpool 2, you will see reference after reference to breaking the fourth wall, i.e., having a character break the imaginary wall between the actors and the audience.  It happens over and over here.  As in the case with the first movie, it is impossible to catch everything going on in one sitting.  Those who like this type movie will watch it again.  If you like irreverence, this is a must-see.  If someone or something hasn’t been ridiculed yet by Deadpool, just wait for the sequels.  I am sure he will get around to it.  Otherwise, it is “just lazy writing.”